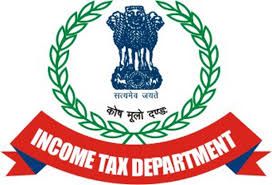 The Income tax data released by the government of India last fortnight has thrown up some very interesting figures (http://www.freepressjournal.in/income-inequality-taxes-and-the-indian-state-rn-bhaskar/845855).

Start with the all-India data for the states (ignoring the data for Union territories and for the newly formed state of Telangana). The government of India registered an increase in income tax collections from Rs.329,261.6 crore in 2008-09 to Rs.683,781 crore in 2014.15 (see table). Thus, the government saw its direct tax revenues increase by 2.08 times or by a compounded average growth rate (CAGR) of 11% during this period. Examined against this benchmark, Maharashtra has slipped badly.

For instance, the Tata group companies are headquartered here. Ditto with Godrej. Add the names of several banks too. When the business of these entities grows through operations all over India (not just in Maharashtra), their incomes get taxed in Mumbai. Remove this historical advantage, and Maharashtra’s share in taxes will shrivel.

In spite of this historical advantage, Maharashtra registered an increase in income tax collection of just 2.12 times (11.31 CAGR) in 2014-15 over 2008-09. As a consequence, Maharashtra is not among the top ten tax growing states in India.

True, many of these states are small states. But Kerala, Gujarat, Madhya Pradesh, Rajasthan, Karnataka and Tamil Nadu are large states. When they speed ahead of Maharashtra, it points to something awfully wrong with this “most-industrialised-state-of-India”

But, what does tax collection have to do with economic growth? Two things:

They point to more income being generated in those states. Income tax comes from employees and businesses. The latter headquarter their operations in a state depending on the ease of doing business there. Mumbai was more attractive in the past than it is today. Some other states are more attractive today. Hence their tax collections have grown faster.

There could be several reasons why Maharashtra has slipped.

First, for decades, money which could have helped accelerate industrial (and agricultural) growth in the state was used up by legislators for their respective home territories. Since the funds were earmarked for projects closely identified with politicians, some of it got misused. The diverted funds invariably found their way into “charitable”trusts controlled by politicians, thus evading income tax as well.

Second, a lot of money was channeled towards promoting the interests of the sugarcane lobby. As Ashok Gulati, eminent agronomist, rightly points out (http://indianexpress.com/article/opinion/columns/why-maharashtra-is-under-stress/), “Roughly 5 % of the cropped area in the state, which is under sugarcane cultivation, takes away more than 60 % of irrigation water of the state. This is because sugarcane receives 100 per cent irrigation and requires 25-30 irrigations as compared to, say, cotton, of which less than 3 % is irrigated, or tur and soyabean, of which less than 2 % is irrigated. It is noteworthy that all these crops require much less irrigation (just two to five irrigations). Water means prosperity in Maharashtra’s agriculture, and the implication of this skewed distribution of water is that almost 5 % of farmers take away 60 % of potential prosperity from water, leaving the remaining peasants high and dry.”

The state thus encouraged lopsided growth. That led to rising inequality and slower economic growth. It also mean lower tax collections. Farmers do not pay tax, and some parts of the sugarcane industry do not pay for both water or electricity. It is a classic case of privatization of profits and socialization of losses. True, some pockets benefitted, but the state did not.

Third, there are many indications that Maharashtra has lost its vision. Its policymakers seem to spend a great deal of time over non-productive and socially corrosi9ve issues. Consider the legislative time spend on the beef ban, or on dance bars. Its policymakers spent a lot of time framing laws on how they could videograph the movements of customers and dancers at bars. Each time a rule was struck down by the courts, the state’s policymakers huddled together to frame new laws. Such obnoxious plans too were eventually struck down by the courts.

It is not very different from what Maharashtra’s police tried to do for several years, when they began looking for couples making out in solitary places, even holiday resorts. They raided nightclubs and even houses. Once again, it was the courts which had to finally remind Maharaashtra’s legislators that any act done inside the (privacy of) premises of an individual, including watching pornography, could not be considered obscene, because it was in private, not in public.

No state grows if it makes Peeping Toms of its policemen, and voyeurs of its bureaucrats and legislators.

The state could have used this time and effort better in galvanizing industrial growth instead. It must now mend its ways and learn to become less parasitical and voyeuristic. Else, it won’t be long before it gets clubbed along with West Bengal, UP (Uttar Pradesh) and Delhi which have slipped below the all-India averages. 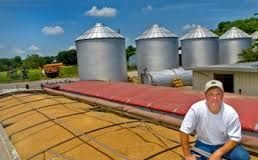 Two cheers, not three, for the agri bills

https://www.freepressjournal.in/analysis/policy-watch-two-cheers-not-three-for-the-agri-bills A lot more needed to be done before tabling the agri bills RN Bhaskar -- 1 October 2020 The government finally made a move.  It has...