Home Analysis Budget 2017 should look at these 7 areas to kick-start economy, create... 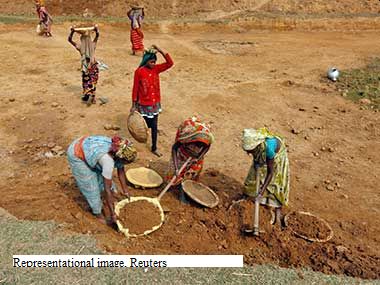 Jobs needed desperately.  That was the writing on the wall even in 2014.  The refrain continues even for Budget 2017. Yet, 2014 was when Prime Minister Narendra Modi managed to sweep most Indian voters off their feet, and made his party – the Bharatiya Janata Party (BJP) sweep the hustings.

Many of the voters are believed to have voted for him because he promised them jobs and not merely doles.  He had then appealed to their sense of pride and self respect. The smoke signals could be read quite easily even in 2013.  The data that was available for 2012 showed that India needs huge investments and technology support to create new jobs. When the government came to power, it had an emploGikven India’s population, it needs to create at least 12-14 million jobs each year just to deal with the fresh crop of youngsters who come knocking at the doors of the job market. .

The government was aware, even in 2014, that the percentage of the workforce employed on farms will decline in the coming decade more rapidly than ever before. If the last 15 years have seen an 11% decline in farm labour, expect the coming decade to see this drop by at least another 15-20%. However, instead of reducing unemployment, the latest employment statistics from the government show that the unemployment rate is rising.

At least 50-100 million people are likely to migrate from farms to cities within the next decade in search of jobs, or glamour, or both. The smart cities could ease the housing crunch, and also create immediate employment (http://www.asiaconverge.com/2015/10/will-the-spectre-of-unemployment-disenchant-indias-electorate/). What has worsened the employment scene is demonetisation. It has hurt the MSMEmicro small and medium enterprises)  sector very badly.  Instead of creating jobs, the government has actually killed jobs. And the sector which provided India over 90% of the jobs has been hit this time.

This comes on the heels of a year of jobless growth as well  (http://www.asiaconverge.com/2016/11/where-will-the-jobs-come-from/).

So, this is what the budget could do:

Lastly, in order to create very large numbers of jobs very quickly, the government will need investments.  Foreign funds are running away because they believe India is trying to take away some of the protection they once enjoyed for their investments (http://www.asiaconverge.com/2016/11/where-will-the-jobs-come-from/). Will the government be able to re-instill confidence in foreign investors? Will it be able to patch up with the judiciary and do the right things that in turn offer quick effective redressal avenues for both resident Indians and foreigners alike?

Or will that be asking for too much?

India has tremendous advantage in solar power space, but where is...

http://www.firstpost.com/business/india-has-tremendous-advantage-in-solar-power-space-but-where-is-the-money-2746748.html The scorching pace of solar power – III This is the 3rd article in a five part series.  The others can be found at: Part I:...