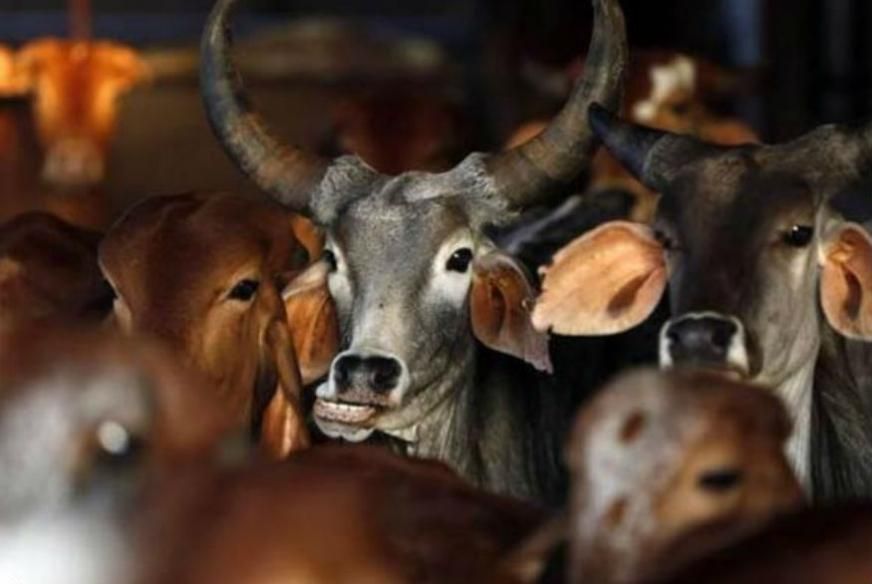 Mythology and religious belief talk about how the lands of Uttar Pradesh (UP) are blessed.  This is where Lord Krishna, one of the Hindu Gods and an avatar of Lord Vishnu, was born. It was here that he along with his fellow cowherds – Yadavas — tended to cows.

Then, when Krishna and his followers moved to Gujarat, their cows too migrated.  Dwarka became the capital of Krishna’s newly founded empire.

In sync with these legends is the fact that both UP and Gujarat have remained the country’s largest milk producing states.

But times they are a changin’. Even though UP still remains the largest milk producing state in India, there are clear signs that its predominance as a milk producer may soon end. Just look at the numbers. Then look at the more dismal ratio of cows to buffaloes. The all-India ratio stands at 1.76 cows to a buffalo. In sharp contrast, the cow-belt sports dismal numbers.  In UP the ratio is 0.76 cows per buffalo.  In Haryana the number is even more pathetic at 0.30.  In Punjab it is 0.47.

Gujarat sports a a higher number of 0.96  — better than UP, Haryana and Punjab, but certainly lower than the national average.  Now compare them with states like Assam (22.95), West Bengal (27.66), Tamil Nadu (11.30), Odisha (16.01) and Kerala (13.03).  The single thread that is common to all these states — where the number of cows is higher than the national average — is that they are not shrill about banning cow slaughter.

Want to know why? Simple.  People purchase a cow for economic reasons.  That it is sacred is another matter.  People give grass to the cow on the street, as a gesture of affection and reverence, but not all of them keep cows at home. So long as the cow can reproduce and lactate, it is a good investment.  The income from cows is greater than the expenditure.

But when a cow stops reproducing, hence lactating, the situation takes an about-turn. Health-related costs soar, in the face of little additional income. Moreover, there is a danger of age-related infections or diseases spreading to other younger, healthier cows. Most farmers prefer to sell the ageing cows to the trader.  They do not care to find out what the trader does with the cow once it is off their hands.

When the state brings in a law that even forbids the trader to buy and sell ageing cows, the farmer has a big problem on his hands.  If the state wants to protect cows, it must learn to pay for the costs of healthcare and upkeep of the cattle, which the farmer does not need any more.  It is perverse to expect the farmer to bear the costs just because the state has chosen to make a whim a law.

When slaughter houses get banned (or restricted) there are at least three other unfortunate consequences.  First, meat exports suffer.  That is what has begun to happen in UP. This state generated meat exports of Rs.11,350 crore last year (http://www.asiaconverge.com/2017/03/painful-days-ahead-for-up-and-yogi-adityanath/).  For a country which needs foreign exchange desperately (in the face of shrinking global markets, and reduced employment in the Middle East, which could shrivel up foreign exchange remittances), the drop in export earnings will hit the country very hard.

The second is a fall in leather based industries.  This is because animal hide becomes more difficult to come by.

The third is loss of jobs.  UP has already suffered a loss of thousands of weaver jobs during the recent demonetisation.  Now it could lose several times that number. It is quite possible that within two decades West Bengal and North-East India could become the biggest beneficiaries of UP’s decline.  The numbers are small today.  But the ratios suggest that milk production, slaughter and leather industries will flourish there.

It won’t be long before the cow-belt makes cows an endangered species.  UP deserves a better fate.  Its legendary past was one of tolerance, not bans.  Its past had cowherds, meat-eaters and cobblers coexisting in harmony. It will be sad to see this state lose its past glory.

https://www.freepressjournal.in/analysis/coronavirus-nobody-likes-epidemics-but-dont-demonise-countries COVID-19 is a global emergency RN Bhaskar  --  27 February, 2020 All epidemics are terrifying, as they defy man’s capabilities -- of how to cope with...