Home Analysis Jobs at risk: Is India prepared for huge unemployment or is it... 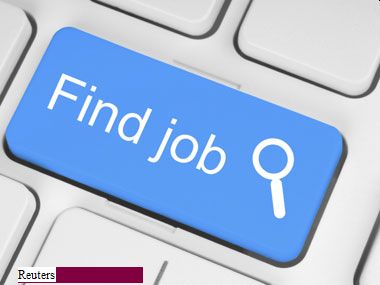 Is your job at risk?

There’s a buzz about robotics everywhere.  People are already talking about – and experimenting with – driverless cars.  Then there is further talk about robotics – about how they could take over cleaning houses, or even serving at restaurant tables. Amazon has introduced a store where one can just walk in, pick up the stuff they want off the shelves, and then just walk out.  Artificial intelligence, electronic eyes, and algorithms do the rest.  Amazon’s new technology recognizes you the moment you step into its newly designed store. An electronic eye watches the items you pick up and put into your basket.  And the amount is debited to your card as soon as you step out of the store (https://www.youtube.com/watch?v=BTUV2BaEmik).

Just these technologies could usher in the era of 24-hour drivers, 24-hour stores, and total customer comfort.  But what is frightening is that they dispense with the one thing India has been eyeing lasciviously. Jobs.

With the largest population of under 35 – an advantage that is likely to remain with India for the next 3 decades – India needs jobs.  Desperately. Many Indians are employed as drivers – look at the way Uber and Ola have created the most jobs in India during the past few years. Look at truck drivers.  You find Indian truck drivers in the Middle East, and even in countries like Canada.

If countries begin using driverless cars and trucks and even aeroplanes and ships, what will happen to the jobs that Indians already hold, and hope to hold?

That is a very vexing question. In fact, quite recently, Bloomberg (https://www.bloomberg.com/news/articles/2016-12-09/even-white-collar-workers-can-t-postpone-retirement-forever?cmpid=BBD120916_BIZ) compiled a list of the jobs that are likely to be the most vulnerable (see chart 1).  That list is a wakeup call for India and its people.  A large number of Indian workers may be left by the wayside. Redundant.

The most vulnerable will be jobs that relate to laying roofs, plumbing, experts who guide you in your exercises as part of physical fitness training, pilots, ship captains, drivers, photographers (each person has a smart phone which can take professional quality photographs even by amateurs) . . . . . and the list goes on.

So what do the rest of unskilled, or semi skilled Indians do?  Well, they will have to learn skills where they begin doing creative stuff. And that won’t be easy.

Just look at the list compiled by the National Skills Development Corporation (NSDC).  Except for a few skills like Media & Entertainment, many of the skills are likely to get taken over by robots and AI computers.  It appears that NSDC is still working in a time warp, where jobs and skills they it is concerns with are those that were relevant yesterday, but may not be relevant tomorrow. Take another example. For the past five years, India has been covetously eyeing China’s apparel exports of $145 billion.  Indians have been talking about how China’s labour costs are rising, and also how some of the export business could slip out of China’s hands.  They say that it could be advantage India, if only we could get our labour policies right.

But China has already moved on to other p0lans.  It does not give up its share of apparel exports to the world.  Since labour costs are going up, it has begun introducing robotics in its apparel manufacturing plants in a big way.  Its philosophy is simple – I would rather compete with myself, than have someone else compete with me.

India needs to rethink its strategies quickly.  If it does not, it could face huge po9liticial and social unrest.  We have already been pathetically unable to create 12 million jobs a year for the paswt few years.  Instead we have gone about destroying jobs – take the way Adityanath Yogi is destroying jobs and wealth in UP (http://www.firstpost.com/business/ups-job-woes-cm-yogi-adityanaths-slaughterhouse-ban-could-see-painfull-days-ahead-3347442.html).  Look at the way our legislators are still trying to protect the 6% of organized workforce without thinking of the remaining 94% (http://www.asiaconverge.com/2016/12/want-to-uproot-corruption/).

It has to rethink basic education, because that will be the bedrock to thinking of new solutions for a new age. Hitherto, India’s policy makers have been content to churn out numbers of unfit and pathetically ill-equipped school children.  They have thought to adopting the politically expedient way of ‘dumbing down’ syllabi (just see the quality of many state sponsored textbooks). They have opted for ‘dumbing down’ examination evaluation as well.  India needs to change all this.  Urgently.

Additionally, it has to rethink skill development. Yesterday’s solutions will not work any more.

http://m.firstpost.com/business/watch-jnpts-neeraj-bansal-explains-how-the-port-turned-around-despite-a-numbing-trade-slowdown-3053152.html JNPT's turnaround During the past one year, JNPT has embarked on a journey towards transforming itself. As Neeraj Bansal, deputy chairman, JNPT, puts it, in...