Home Analysis SBERBANK in India: From Russia with love 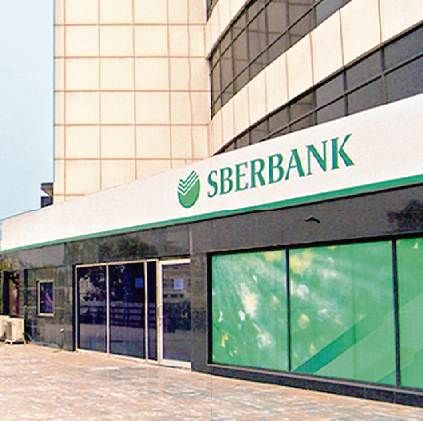 Established in 1841, and having evolved into one of the most modern and formidable banks in the world today, SBERBANK boasts of 16,342 branches in all 83 constituent entities of the Russian Federation. It employs around 3, 30,700 people. Almost 70 per cent of the population of Russia uses the services of this bank.

It operates in 22 countries worldwide, has around 11 million customers outside Russia. Overall, it has 137 million retail clients and 1.4 million corporate clients (http://2015.report-sberbank.ru/en/). During 2015, it had client deposits of 19.8 trillion roubles (at current exchange rates it translates into USD 351.88b billion).

Today, it is the only Russian bank which features in the list of top 50 biggest banks in the world. In the top 1,000 World Banks published by The Banker, SBERBANK ranks 34th, rising 15 positions as compared with the previous year.

Equally important is that — within this rating — SBERBANK ranks 1st in the world in ROA (return on assets), 1st in ROE (return on equity) and 5th in asset/equity ratio. In 2013 SBERBANK ranked 63rd in the most valuable global brands rating as published by Brand Finance. The SBERBANK brand was valued at USD 14.16 billion, having risen by almost USD 3.4 billion over one year.

Almost 50 per cent of the bank’s equity is held by the Central Bank of the Russian Federation. Both international and Russian investors feature among the shareholders of SBERBANK. Its ordinary and preferred shares have been publicly traded on the Russian exchange markets since 1996. American Depositary Receipts are listed on the London Stock Exchange, they are admitted to trading on the Frankfurt Stock Exchange and the OTC market of the US.

In May 2010, SBERBANK of Russia was granted a licence for banking operations in New Delhi and promptly completed all procedures required for branch registration. While at the development stage, the main objective of the new unit is to create a strategic springboard into the Indian market that will allow the Bank to support high long-term growth rates of the Group’s business in general.

The Indian branch (SBERIN) made its first loan in 2013 and turned in profits in 2015. In August 2016, India Ratings gave its Rs 100 crore worth certificates of deposit programme a rating of ‘IND A1+’.The Russian head office has provided SBERIN with a committed line of credit, i.e. a USD denominated loan facility of up to Rs 190 crore. Funding under this line is available to SBERIN on an overnight basis, should the need arise. The Russian head office has demonstrated its commitment to support the Indian branch with various equity injections from 2011-2013, amounting to a total infusion of Rs 1.9 billion over this time period.

According to India Ratings, SBERBANK operates through a branch structure in India, with one branch located in Delhi. The branch has a concentrated loan portfolio, with the top 20 exposures making up 100 per cent of the portfolio (FY15 it was Rs3 billion).The branch is also well capitalised with a Tier 1 ratio of 53.64 per cent at FY15 and does not expect further equity from the head office over the near-term. The branch has indicated a focus on trade finance, commercial lending and settlement services to boost incomes. Net interest margin (NIM) for SBERIN rose in FY15 to 8.8 per cent (FY14 it was 7.6 per cent) on the back of interest income from the significant loan book expansion undertaken in the latter months of FY14.

During the past one year, SBERIN has witnessed a surge in business operations. One reason for this could be the arrival of Aleksei Kechko (36 years) who is now the managing director. He has executive experience in financial institutions, risk management, corporate governance, credit analysis, audit and accounting. Armed with an MBA and a CFA, Kechko has also worked with Gazprom bank. Today, SBERIN has around USD 100 million in assets, USD 30 million as capital, around 30 employees, more than 100 large corporate customers.

As an informed well-wisher puts it, “Aleksei has one of the most diversified careers in the Russian banking sector – getting the first professional experience in financial companies audit department of PwC, continuing with solid career in Fitch Ratings (again financial sector) and finalising with hands-on practical experience in the industry (MDM Bank and Gazprombank).”

R N Bhaskar of The Free Press Journal met him for an exclusive interview, and found his views both refreshing and with enormous clarity of the manner in which SBERIN hopes to consolidate its position in India.

Q. How do you view the role of SBERBANK in India?

A. SBERBANK is Russia’s biggest bank, and naturally, we think it has a very strategic role to play in furthering India-Russia business relations.

Q. You got your banking licence in 2010. What has the bank’s experience in India been so far?

A. We began giving out loans only in 2013. Initially, the bank gave out loans to local companies and was exposed to local risks which it could not fully comprehend. Not surprisingly many of its loans turned into liabilities. By 2016, our NPA had jumped to 30 per cent which is very high. The bank then decided to change its strategy in September 2016. I joined the Indian operations in August that year. We now focus on loans to Russian joint ventures in India – and our loans have swelled to 20 million already. This number should go up in the coming years.

Q. Are they large ticket loans?

A. We have begun looking at large ticket exposures as well. For instance, we are financing the USD600 million coal mining project that Tata Power is taking up in Eastern Russia. This could involve a loan component of around USD 400 million. [It may be recalled that in January this year, Siberian Coal Energy Co (SUEK), signed an agreement with Tata Power for mining coal and even building a dedicated port on the eastern coast of Russia – (http://in.rbth.com/economics/2015/03/02/indias_tata_strikes_a_deal_with_russias_biggest_coal_producer_41715].

Q. What else are you looking at?

A. We are also looking at financing direct import of gold into India. We think we could easily import gold worth USD1.5 billion into India each year, since India is a very large importer of gold. Russia is a big producer of gold (it has one of the largest gold reserves in the world). India imports this gold from other countries which in turn source it from other mines which in turn pushes up the cost on account of compliances and margins. We think a direct gold trade between India and Russia will be immensely beneficial to both countries. We hope to sign the transaction by September or October this year. We are also exploring the possibility of entering the gold loans sector as well.

Q. What other additional services do you plan to explore?

A. We are looking at consulting as a business. We could support Russian companies which want to come to India and offer them advice and strategic inputs.

Q. What would your strategic goals be?

A. We would like to become a bank of choice for doing business between India and Russia. We would also like to develop a modern tech-based transactional business, building partnerships with local and international FinTechs. We have a lot of work to do, and we think we should be able to do it well.

Banking and finance sector in budget 2021: Are we putting the...