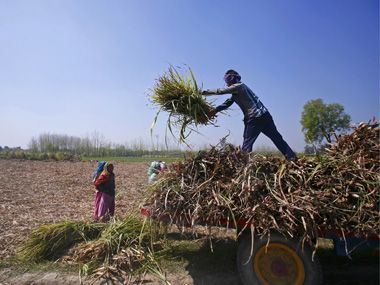 Its roots lie in exploitation of water and power, primarily by sugarcane

Part 1 can be found at http://www.asiaconverge.com/2017/06/maharashtra-farmer-agitation-conceals-65-years-of-politician-self-enrichment/

The battle for the rural heartland has commenced in full earnest.  Even though the two main opposition parties are not officially behind the strike called by farmers, their support and muscle is in full evidence.  Surprisingly, the Shiv Sena – an alliance partner of the present government — has also supported the agitation. Yesterday, milk and vegetables had to be brought into some of Maharashtra’s cities under police escort.  The shrill cry of fairness to farmers now rents the air.  There are fears that the entire situation might go out of control.

To some extent, the ruling party – both at the centre and in Maharashtra – haa also been at fault. It has actually provoked marginalised farmers and workers needlessly.  The reckless manner in which the government, both at the centre and the state, has pushed the cow protection agenda has riled many.  Cow protection is tolerable.  But when it gets extended to cover buffaloes as well, it enrages many marginal farmers who will now find it difficult to discover a fair price for ageing buffaloes — which was possible in cattle markets till now.  While this issue has not been spelt out among the agitators’ demands, it has contributed to the groundswell of resentment against the government.  This resentment has been stoked by misinformation and disinformation from interested quarters.

In fact, when one examines the situation very carefully, and dispassionately, it is the Congress and the Nationalist Congress (NCP) which have caused enormous farmer distress. Consider how more land has been allocated to sugarcane than to any other crop.  Since the command area is decided by the government, it is effectively the government (not the farmer) that decides how much land should go towards sugarcane plantation (at http://www.asiaconverge.com/2017/06/maharashtra-farmer-agitation-conceals-65-years-of-politician-self-enrichment/).

Sugarcane is a very serious issue.  First, because it guzzles huge amounts of water.  Second, because it is being grown in areas which are known to be water deficient.  Result, water meant for other farms in other parts of the state have been allowed to run dry.  Add to this the callous manner in which funds for building irrigation facilities were also diverted, and it becomes clear that farmer distress can be traced largely to sugarcane.

There is a second problem with sugarcane.  It is linked directly to the alcohol industry, which is known to be a big source of cash for those who are politically powerful. It is also a lazy crop.  And the easy availability of water (thanks to political patronage) and the money from liquor appears to have made most sugarcane cooperatives extremely insensitive to the need to improve methods of cultivation.  Watch the figures of yields of various crops for the past 65 years (see table)

Unlike rice and wheat which saw yields improve by 63% and 143% respectively over the past six decades, sugarcane saw yields improve by a shameful 4.5%.  It was as if the sugar cooperatives were thumbing a snook at everyone.  “When we can get free water, land and government doles, why should we spend money on improving sugarcane yields?” they seemed to be saying. In fact, sugarcane yield growth has been lower than for other crops as well – bajra, cotton and groundnut.

There is a third unfortunate development on account of this excessive and unwarranted importance given to sugarcane.  The state has witnessed a decline in the production of two of its most nutritious crops which are also the staple diet of marginalised populations.  Over the past six decades, the state has seen a decline in jowar and bajra production.  Jowar production fell by 49% and bajra by 51%.  It is possible that farmers were compelled to purchase more expensive grain which could have only added to their distress.

But the biggest blow the state has received is on the electricity front.  Even though all foodgrain production declined by 13%, electricity consumption by the agricultural sector increased by (hold your breath) by 188,140%!  Normally, increase in power consumption should be in sync with agricultural production.

The only explanation for this disproportionate surge in electricity consumption is that power was used for industrial purposes, but was deliberately and falsely classified as agricultural consumption.  But why would anyone do that?  Simple.  Agriculture invites tariffs of as low as Rs.1.2 per unit compared to households which have to pay six times more. Commercial tariffs could be 8-10 times higher. Thus the state distribution company did not get the revenues it should have got.  It caused the average collection of money per unit of power (ACU) sold be remain low even as the average cost per unit of power (ACR)kept climbing. That is why when the ministry of power says that the government’s UDAY (Ujjwal Discom Assurance Yojana) financing scheme has worked for state distribution companies, analysts have to suppress a smile (http://www.asiaconverge.com/2017/04/uday-and-politics-of-appeasement-and-largesse/).

So what are the ways out to nurture the farmer back to health and dignity.  Loan waivers do not help.  And anyway most loan waivers benefit fat-cats more than small farmers.

Increasing the price of milk they produce is one way.  The state government has already begun doing that.  It has increased the price of milk to Rs.33 a litre (for buffalo milk and Rs.26 for cows milk) compared to Rs.18 farmers received earlier under the Congress/NCP regimes.  Since most milk cooperatives are also owned by the same politicians who own sugarcane cooperatives, the relief to farmers can be enormous. The farmer reduces his borrowings, and increases his earnings.

The state has also worked out ways to de-risk the farmer by providing him with additional sources of income (http://www.asiaconverge.com/2017/05/maharashtra-derisks-farmers/).

The state needs to take charge of all bore wells, and the entire irrigation system.  Any area which consumes more than a specified amount of water – either through the ponds or through bore wells – would have to pay higher prices for wate3r.  This telescopic far structure already exists for water consumers in cities.  There is no reason to prevent its extension to farms as well.  That will compel sugarcane growers to work on yield improvement, and begin rationalization of their farms.

Lastly, work at identifying power theft.  The state needs to link power consumption with agricultural output.  Any consumption that goes beyond these norms would have to pay commercial tariffs.

Obviously, this will hurt many powerful politicians.  But unless this is done, the state will not spring back to health. The present agitation is aimed to frustrating such efforts of the state.  It is only a matter of time before the farmers too will begin to realise this.