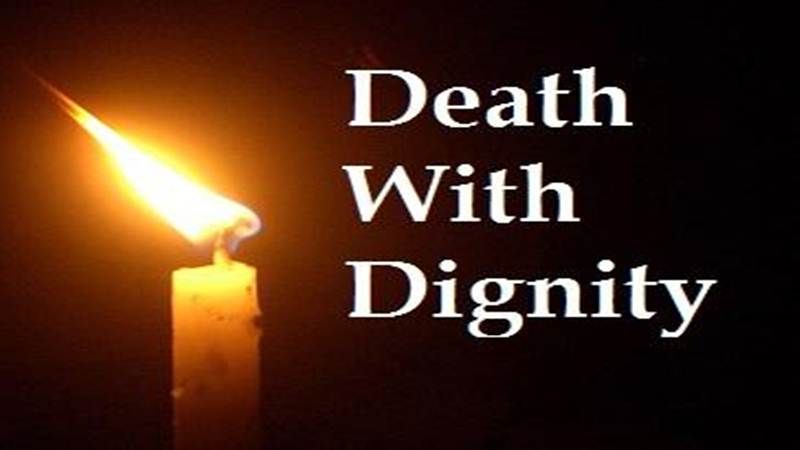 India dithers over death with dignity

Last week, this newspaper talked about (http://www.freepressjournal.in/world/indian-origin-pharmacist-cleared-of-elderly-dads-murder/1172908) how a UK High Court judge, Justice Green, threw out a murder charge against a chemist.  The chemist, a pharmacist of Indian origin, Bipin Desai, had admitted to the mercy killing of his father.  Justice Green said that a conviction would have been “perverse and irrational”. Desai had injected his father – who was in pain and distress — with a lethal dose of morphine. The UK judge ruled that Desai had acted out of “mercy and pure compassion”. Bipin  Desai had denied the murder charge but admitted to assisting his 85-year-old father Dhirajlal Desai commit suicide at their home in Surrey, south-east England, because he had been depressed and wanted to end his life.

The court heard how Desai’s father had begged daily for help in ending his life after his wife and dog died. Finally, the 59-year-old pharmacist put morphine stolen from his pharmacy into his father’s smoothie in August 2015. Then he gave his father the drink and kissed him goodnight and goodbye and later injected insulin to speed up the fatal dose.

Desai had pleaded guilty to two counts of theft relating to stealing the two drugs, morphine and insulin, from his workplace of Vaughan James Chemist in Farnham, UK. But the judge ruled those as trivial: “The thefts are trivial and only form part of the fabric of the wider case. The owner of the pharmacy said in his evidence that you were an honest, respectful and decent man.”

The judgement is notable.  It places on record the need to realise that the purpose of medicine is to make the person suffer less. As the legendary heart surgeon Dr. Christian Barnard stated in his book ‘Good Life, Good Death’: “I have learnt from life in medicine that death is not always an enemy.  Often it is good medical treatment. Often it achieves what medicine cannot achieve – it stops suffering.”

Cut back to India.  Ever since the Aruna Shanbag case, both the government and the courts have been exercised about the need to allow for death with dignity.  They have not allowed legal sanction for the Living Will (a sample can be downloaded from http://www.asiaconverge.com/wp-content/uploads/2017/10/SRDD_Living-Will_revised.pdf. More about it can be found at http://www.asiaconverge.com/2011/03/512/). Nor have they allowed euthanasia.

Both the government and the judiciary claims that they have not permitted either the Living  Will or euthanasia because of the fear of misuse. These columns have already talked about this unfair and unwise dilemma (http://asiaconverge.com/2016/01/death-with-dignity-is-also-an-inalienable-right/). Nor is the fear that legalizing them would lead to an increase in such suicides.  The chart given alongside shows that this has not happened.

Unfair. This author, like many jurists, medical practitioners and leading thinkers, believes that anything can be misused – a matchstick, a knife, a scalpel, an icepick – the list is endless.  Civilisations grow stronger when ways are found to prevent misuse, and not by resorting to bans.   When fears are allowed to become bans, a civilization moves towards ossification, even fundamentalism.

In fact, an excellent example of a good legislation is the The Transplantation of Human Organs Act 1994 (THOA 1994 — http://health.bih.nic.in/Rules/THOA-1994.pdf).  This act legalises ‘brain death’, even when heart and lungs are working, (for making removal of organs possible after proper consent).  Within a span of 6 to 24 hours a team of 4 specialists examine the brain dead individual and certify brain stem death.  Thereafter, organs of an individual can be used for transplantation to other waiting patients.  Thus the certification process does not take more than 24 hours.

If euthanasia or the Living Will can be misused, so can THOA 1994. A patient in coma, who is not brain dead, may be declared brain dead by unscrupulous elements in society. The remedy lies in trust, good processes, appropriate safeguards and stringent punishment for any violation of the law.

As a result, the method the Supreme Court approved in the Aruna Shanbag case has resulted in almost no requests for passive euthanasia. The process is cumbersome and may take weeks or even months. But THOA has permitted countless families of brain dead persons to donate organs of the deceased to save many lives. The prescribed procedure for passive euthanasia (after the Aurna Shanbag case) is for a petitioner to approach the court with a request for allowing a patient to die. The court then appoints a panel of doctors. They go back to the court with their findings.  The court then allows for passive euthanasia, or rejects the petition. That could take months, even years.

The difference between THOA and the Supreme Court advocated method leads one to a cynical conclusion.  THOA 1994 benefits recipients (which may include politicians and judges as well).  Hence its processes have been simplified.  Passive euthanasia or the Living Will benefits nobody but the patient, and maybe those who have to look after him/her. Hence the urgency for easing the processes has been ignored.

In fact, lawmakers and the judiciary should consider what Mahatma Gandhi had to say about euthanasia.

“A calf, having been maimed, lay in agony in the ashram and despite all possible treatment and nursing, the surgeon declared the case to be past help and hope. The animal’s suffering was very acute.

In the circumstances, I felt that humanity demanded that the agony should be ended by ending life itself. The matter was placed before the whole ashram. Finally, in all humility but with the cleanest of convictions I got in my presence a doctor to administer the calf a quietus by means of a poison injection, and the whole thing was over in less than two minutes.

“Would I apply to human beings the principle that I have enunciated in connection with the calf? Would I like it to be applied in my own case? My reply is yes. Just as a surgeon does not commit himsa when he wields his knife on his patient’s body for the latter’s benefit, similarly one may find it necessary under certain imperative circumstances to go a step further and sever life from the body in the interest of the sufferer”. Mahatma Gandhi on the Right to Die with Dignity (http://www.asiaconverge.com/2011/03/512/).

So will the UK judgement prod India’s lawmakers and the judiciary to review their stand on the Living Will and euthanasia? One only hopes they will.

A great deal of gas to harness