Home Policy Watch The government should not be trusted with banks 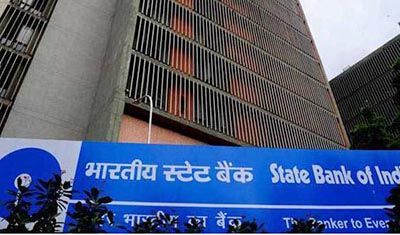 The government is responsible for bank NPAs

A seminal document, that CARE Ratings brought out on December 27, 2017, showed how precariously perched India’s banks are.

In that list (see chart alongside) CARE Ratings showed how India’s NPA ratios were similar to countries with the worst of financial mismanagement.  India was in the same company as the PIIGS (the acronym for Portugal, Ireland, Italy, Greece and Spain). At 9.85%, India’s banks were in a pretty big mess, though not as badly off as Greece which sported an NPA level of 36%.

A large part of the NPAs came from public sector banks (PSBs), though some private banks too sported uncomfortable NPAs,   Not included among NPAs are India’s cooperative banks.  In fact, the Reserve Bank of India should also come out with figures of cooperative banks as well, because they too have bleeding balancesheets. The RBI does not come out with information on cooperative banks, even though each cooperative bank must report its performance numbers to the central bank.

This is unfortunate because all rural cooperartive banks, especially in Maharashtra, have been formed out of taxpayers’ money.  The 10% of funds which are meant to come from the promoters of the banks actually comes from the state government as a one-time grant.  Surprisingly, the state does not even seek a representation on the boards of such cooperative banks, to ensure that taxpayers’money has been properly managed. These cooperative banks are managed by directors appointed by politicians. Thus cooperative bank managers easily kowtow to the demand from politicos.

If the cooperative banks are in a mess, so are the PSBs.  This is primarily because the government has constantly sought to use banks as its own financial arm to be used politically, even thought it might be ruinous to the banking sector.

The government’s opportunity for interference began when India’s largest bank, the State Bank of India (SBI) fell into the government’s laps.  Over 90% of the share capital of this bank was owned by the British government, and was passed on to the Indian government.  Then in 1959 the government passed the SBI (Subsidiary Bank’s) Act and seven other state banks became subsidiaries of the SBI – hence government controlled.  But it was in 1969 that the government under Indira Gandhi chose to nationalise 14 private sector banks claiming that they needed to serve the poor.  Ironically, one of the banks was Syndicate Bank, one bank that actually catered to the needs of the rural population and was even headquartered in a rural area. Clearly, Indira Gandhi wanted to control access to all finances – the abolition of Privy Purses and the nationalization of banks must be seen in this light. The temptation of governments to try ‘steal’ money  from banks was highlighted once again in the not-fully-investigated Nagarwala case.

By 1984, Indira Gandhi decided that she needed to boost her popularity and asked Janardhan Poojary, her finance minister, to announce a loan mela. This mela allowed any individual to borrow ujpto Rs.1,500 from the banks without any collateral.  Almost everyone knew that this money would never come back. The rot in the banking system began to spread. Thereafter, it was convenient for governments to capitulate when demands for loan waivers became shrill. And politicians got used to asking banks to waive loans and boost their popularity with the masses.

But go back to the chart.  We’ve juxtaposed NPA numbers with debt-to GDP-numbers.  And some things become quite obvious.  Financially (and politically) well managed countries do not mind a high debt to GDP ratio, provided their NPAs aren’t high.  So you have the USA, Singapore, Japan from the second category, Belgium from the third category, which are well managed countries, with low NPAs but very high debt to GDP.

What this means is that these governments would rather take up debt and political largesse on the country’s balancesheets, and not burden hapless banks with such expenses. Banks are sacrosanct.  They represent the face of all business.  Not respecting the contract a bank has with the depositor or the borrower has with a bank is to negate sound business practices. Loan waivers or compelling banks to give loans to favoured industrialists hurts depositors – most of them are law abiding taxpayers. So when the government waives loans in Uttar Pradesh,that should be borne by the government not by the banks. That way, at least the indirect taxes are paid by a larger audience – including tax-free high networth agricultural income declarants (http://www.asiaconverge.com/2017/02/agriculture-as-laundromat-error-or-coverup/). Loading such writeoffs on banks actually discourages people from trusting banks.

That is why, it is sad to hear Devendra Fadnavis, chief minister of Maharashtra, stating that banks will have to take a haircut for the agricultural loans waived.  This is terrible.  The government is adding to the banks’ NPAs, and then blaming banks for these losses. These writeoffs should go to the government’s own books, not to the banks’.

That is also the reason why any attempt to arm the government with additional powers — to convert NPAs into equity by impounding depositors money — must be resisted.  The argument that safeguards have been put in are absurd.  Why have the clause at all? Some of the provisions of the Financial Resolution and Deposit Insurance Bill (FRDI) bill are good.  Insurance for deposits needs to go up.  But we believe that the new benchmark should be at least Rs. 50 lakh.  Pensioners get that much of money and it will be sad to see them lose this amount just because of political collusion with businessmen and industrialists.

The past has shown that the government cannot be trusted with banks. And the sooner the separation is made, the better.  There is just no need to trust the government for any additional powers to manage banks deposits.

The lure of online groceries is growing stronger and stronger

https://www.freepressjournal.in/business/policy-watch-the-lure-of-online-groceries-is-growing-stronger-and-stronger Online groceries to witness booming times ahead RN Bhaskar – 16 April 2020 The business of online groceries has been growing at 67% year on year. There...