Home Analysis Gold loans: Are they slipping into grey territory? 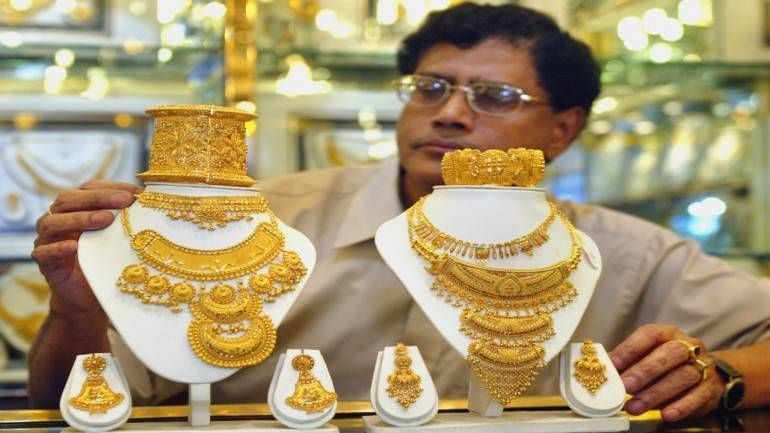 The government is shortsighted about gold loans

What is interesting about this market is that even though it has been growing in terms of total value, its growth rates have been muted.

India’s “Gold Loan Market: Is the glitter fading?” a report brought out by KPMG, is very interesting for a variety of reasons.

The report looks at a market that could be worth around Rs 4,92,000 crore in 2015-16. This is assuming that the organized gold loan market is worth Rs 1,96,600 crore (see chart alongside) and accounts for just 40% of the entire gold loan market in the country. What is interesting about this market is that even though it has been growing in terms of total value, its growth rates have been muted. And although the report does not quite explain why these rates have been muted, there are reasons for India’s policymakers to sit up and try find out the reasons for this. Not paying heed to this could make a section of the economy strengthen its roots in the cash (and unaccountable) market. The only consolation in the report is that the industry hopes that this market will continue to grow, and pick up pace in the coming years (see chart).  That could be a pious hope unless some underlying issues are first addressed.

To understand the gold loan market, one must first appreciate that the market for this metal is very large in this country. Gold ownership in India is estimated (http://www.asiaconverge.com/2015/01/turkey-could-teach-india-a-thing-or-two/), to be around 25,000 tonnes in private hands. This dwarfs the country’s official gold reserves which stand at just 557.8 tonnes. Moreover, going by the government’s own statement before the Lok Sabha on 31 March 2017 (unstarred question no. 4842), “[even though] there are no firm statistics on estimated demand and availability of gold in the country . . . as per rough estimates gold demand in the country is 800-900 tonnes per annum.” It is also worth bearing in mind that almost 60-70% of the gold loan market is in the hands of the informal sector. This sector is normally catered to by small jewellers who also double up as money lenders and pawn shops. Since almost three-fourths of the 25,000 tonnes of gold is believed to be in the hands of rural folk (where much of the income is tax-free), it is easy to understand the grip that small pawn shops and money lenders have over small people.

Loans against gold are taken only during emergencies. They are taken for a duration of a few days to a maximum of a year in most cases. The usual ticket size for such loans can range from Rs 5,000 to Rs 200,000

That is why speedy approval of the loan is critically important. And that is where banks lose out.

This is because banks take upto 15 days to process gold loans (at times the government has forbidden them to give loans against gold), they (along with NBFCs) are, even today forbidden to give loans against gold bullion and coins. The money lender does not take any time at all.  He can give the person loans upto 70-90% of the value of gold within minutes.  During the past decade, the non-banking financial sector has stepped into this area and also grants loans within minutes. These are players like Mannapuram and Muthoot and scores of other gold loan companies.

But while banks and gold finance companies give loans only upto 75% of the value of the metal (the RBI insists that a margin of 25% be maintained by these organisations to insure against price fluctuations), the informal money lender does not bother about these norms. His control over rural folk is tremendous and he easily allows as much as 90% of the value of the metal to be given away as loans. With the government prohibiting banks and NBFCs from giving loans against bullion and coins, it is almost certain that anyone who has invested in this type of gold (to avoid paying making charges of 10-15%) on jewellery) takes loans against the metal from informal sources only.

True, the rates of interest charged by the informal sector are high. But with the government banning loans against bullion and coins, this entire segment prefers to approach the informal sector. Moreover, since this sector is comfortable in dealing with cash (preferably only cash transactions are welcome), the entire business goes beyond the scrutiny of the government.

Thus, even though the government has continued to advocate cashless transactions and transparency, its approach to gold has actually increased the cash market for this metal. True, gold official gold imports appear to have declined. But smuggling continues to be rampant. And gold which has been acquired through informal (read smuggling) networks seldom reaches banks or NBFCs for advances. This gold remains in the grey market, catered to by the informal sector.

According to industry estimates, around 100 tonnes of gold get smuggled in each year (http://www.moneycontrol.com/news/business/economy/why-indias-part-illicit-love-affair-with-gold-will-sizzle-on-2324155.html).  Even if one assumes a minimum value of just Rs 25,000 per 10 grammes (as against Rs 29,250 prevailing on 14 January which was an auspicious day for gold purchases) you get a figure of  Rs 71,852 crore.  Much of the gold escapes government scrutiny. Therefore, if one discounts the fanfare with which enforcement officials advertise their seizures, you will discover that the actual seizures are insignificant. Cumulative seizures for three years (2013-14 to 2015-16) have just been 7.1 tonnes (official reply to the Lok Sabha (unstarred question No.384 of 3 February 2017 — also refer to http://www.moneycontrol.com/news/business/economy/duties-taxes-corruption-how-the-government-abets-the-smuggling-of-gold-2324877.html). If the government has not been able to control smuggling, there is no chance that it will be able to curb the informal market for loans against gold.

If the government wants to make the gold market for purchases and for loans more transparent, it first needs to allow officials loans against gold bullion and coins. In order to curb smuggling, it needs to reduce import duties to under 2%. Any import duty (inclusive of GST) of over 5% is an incentive to smuggling (http://www.moneycontrol.com/news/business/economy/duties-taxes-corruption-how-the-government-abets-the-smuggling-of-gold-2324877.html).

The author has constantly advocated a method where designated banks be allowed to import gold at 1% and give it to the trade after adding 2% more. This way, there will be little incentive to profit from smuggled in gold. It will also give the banks to earn more money to repair their tattered balance sheets.

Only that gold which comes in officially will allow itself to be offered as mortgage with NBFCs or with banks. With a ban on loans against bullion and coins, and with few measures aimed at discouraging smuggling, it appears that the market for official gold loans may not grow as healthily as is being forecast.

Unless the government adopts such measures, the rosy expectations of the industry to register higher growth rates may come a cropper.

But is the government listening?