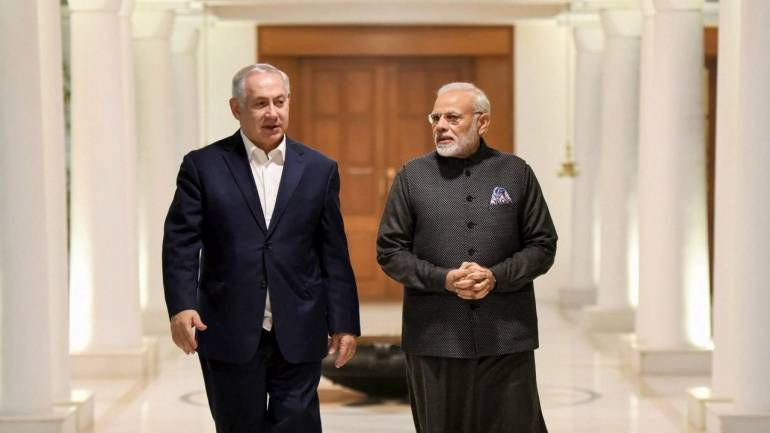 Israel and India: An ancient relationship made in heaven . . .

For Benjamin Netanyahu, prime minister of Israel, the relationship between Israel and India is one that was made in heaven, but has to be consecrated on earth. His emphasis on both nations being ancient civilisations, both being democracies, both being innovative and both being extremely boisterous in their expressions underscore the commonalities between the two countries. Download image from here  2018-01-18_Netanyahu_net-assets-turn-positive
In many ways Israel has reason to feel pleased with the way its innovation strategy has paid off.  Ever since it embarked upon the innovation strategy it has seen its net assets go up year on year.

That innovation was at the heart of this turnaround is evident in the manner in which Israel focuses on research and development (R&D).  Today, this country’s expenditure on R&D is well over 4% — the highest among all the OECD countries. 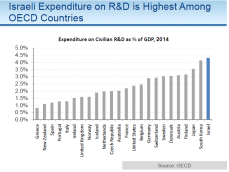 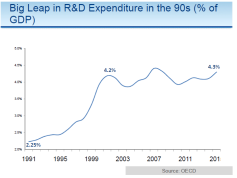 That in turn has pushed down unemployment, and has made Israel one of the most competitive countries in the world. It is now focusing on improving its educational institutions, and even pushing its universities to begin teaching its courses in English so that more international students come to its campuses so that cross culture undercurrents actually bolster the spirit of innovation even more.

Already, the strategy seems to be working.  As Israel’s academicians will point out, Indians are the largest foreign community at Israel’s campuses, and the number could go up significantly in the coming years. 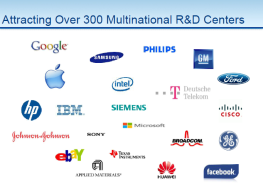 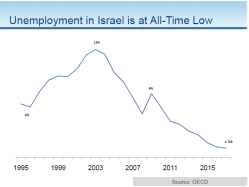 As a result, as Netanyahu pointed out, over 30 global companies have set up their R&D centres in Israel.

Over the past decade, Israel has become one of the most cyber savvy countries in the world and its ecosystem has begun to attract many to this country. Today this industry generates 5% of worldwide revenues and attracts 10% of worldwide investment. 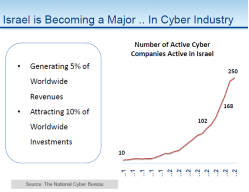 But that does not mean that Israel has given up its earlier legendary strengths, agriculture and water management.

As Netanyahu mentioned in his address in Mumbai, it gave him immense pleasure to visit one of the 20 Centres of Excellence (CoE) that Israel has set up in partnership with other organisations in India.  It felt good, he said, to hear a farmer telling him that thanks to the innovations at the nearby CoE that he managed to adopt, his income had gone up four fold. “We want to increase the number of such CoEs to around 30 – one for each state in India.  And we would like to see each farmer increase his income four to five times.”

But there is one thing Netanyahu expressed dissatisfaction about.  “We have climbed in global competitiveness from 27 to 15.  But we still find countries like Switzerland, Singapore and the US ahead of us in the competitive ranking.”  “I am putting the world on notice,” he added.  He wants to see Israel among the top 10 most competitive nations with the next few years.

Obviously, he admits that this will mean cutting government regulation a lot more.  It will mean cutting taxes, so that industry feels comfortable.  It will mean getting out of industry’s way.  He narrated an anecdote from the army where there was a race which required each person to pick up the person next to him and carry him on his shoulders and run a race with the others.  It was always the big man carrying the small man who won. And the small thin man carrying a big man invariably stumbled and fell.  He said that in Israel this was known as the fat-man-thin-man story.  If the government becomes the fat man and sits on the thin industry, you can be sure that the thin man will stumble.  But if the government allows industry to become a big man, and trims itself to becoming thin, then the couple can easily win the race and leave others behind.

Industry must be allowed to become the big man.  It must be given nourishment.  It must be given the oxygen of easy taxes. And the government must learn to go on a diet, he said.  Economic policies should help firms compete and create value.  We should do everything to prevent governments from interfering or disturbing this spirit of competitiveness.

But there is one thing that Netanyahu seemed impatient – even fretful — about.  He said that if two countries have to see their friendship blossom well, they must have a Free Trade Agreement (FTA) between them.  But, for one reason or the other, this FTA has not been signed as yet.  He expressed hope that it would get signed, and that all stones and obstacles in the way of this FTA would soon get removed.  He pointed out that the FTAs India had with some Asian countries must now be extended to Israel as well.

Though he did not say it, there is a belief among informed people that one of the reasons why the FTA has not been signed between India and Israel is because Israel wants its businesses to have recourse to international arbitration in much the same way that Singapore and Japan can.  This means allowing businessmen to choose the seat of their arbitration dispute.  India, say these sources, is reluctant to do so.  In fact, it is believed to have even asked Singapore to sign a new CEPA (comprehensive economic partnership agreement) which the latter is unwilling to do. The details of the CEPA with Japan have not been fully disclosed as yet, but many believe that recourse to international arbitration in a seat of choice is permitted according to this agreement.

But the story of arbitration is quite another subject which will be dealt with later.

https://www.moneycontrol.com/news/business/economy/budget-2020-dont-cripple-the-nation-with-onerous-import-duties-4868191.html Pre-budget notes #5 High import duties often pay for favoured promoters and votebanks, not the economy The announcement of the budget is barely a week away. ...