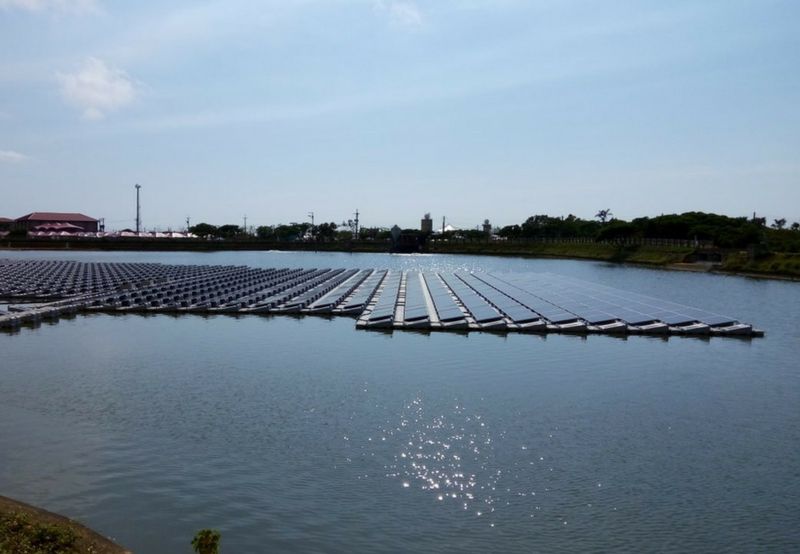 Floating solar power projects have suddenly caught the fancy of the government. Eight projects were announced recently, and two more projects have their tenders still open.  But more on that later.

The concept of floating solar in India was first mooted by Tata Power when it announced in July 2011 (http://www.asiaconverge.com/2011/07/floating-solar-makes-its-debut/) its plans to embark on this revolutionary concept.

The company said that it was setting up a pilot project at Walvan Dam near Lonavla where the company has its hydro-electcity power generation facilities (see chart alongside). The next time it caught the public imagination was on 24 April 2012, when Narendra Modi, who was then chief minister of Gujarat, inaugurated the 1 MW solar panel project over a 750 metre long Narmada river canal.

Press statements made by the government at that time said that such a project could prevent annual evaporation of 9,000,000 US gallons (34,000,000 litres) just from that stretch alone. Moreover, the project virtually eliminated the acquisition of large tracts of land

The engineering, procurement and construction contract for the project was awarded to SunEdison at a cost of ₹177.1 million (US$2.7 million). The pilot project was developed by Gujarat State Electricity Corporation (GSECL) with support from Sardar Sarovar Narmada Nigam Ltd. (SSNNL), which owns and maintains the canal network. At that time, the (then) Union minister for New and Renewable Energy,  Farooq Abdullah, said, “Gujarat has shown the way with the commissioning of the world’s first 1 MW canal-top solar power plant in Mehsana district.” He said that the Damodar Valley Corporation which has over 2,000 km of canals, could follow Gujarat’s lead and mount solar panels that can generate up to 1,000 MW of clean energy.

But since then, the idea of putting up solar panels over the canal has been dropped.  While nobody is willing to go on record on why this pilot was not expanded, it appears that wiser counsels prevailed. People discovered that covering a canal with solar panels could mean cutting off adequate sunlight and oxygen to the water.  That could have caused marine life to suffer.

There could have been another reason.  Floating solar projects work best when they are located next to hydroelectric stations, on the dams that lie alongside such power station.  This way, there is almost no cost involved in evacuating the power from the floating solar power units.  . The Tata project, on the other hand was quite an unusual one.  It had licensed technology from the Australians to set up the world’s first floating solar power plant based on concentrated solar power.  An Australian had hit upon this idea at a time when photovoltaic solar cells were extremely expensive – around $2-4 per Watt of installed capacity, compared to less than 30 cents today.

The idea was to minimize the use of solar cells by focusing sunlight from a wider area on to it.  It was like putting a magnifying glass over a solar cell, and thus concentrating the sun’s rays on to it and thus generating more energy per cell.  The idea was good, but when it was tried out, the solar cell just got burnt out on account of the intense heat. So the Australian tried another trick, of ‘floating’ the solar cell over water in something akin to a Coke can.  The water would cool the cell, and the concentrated solar power would generate additional power.  The idea worked, and it was patented.  Tata Power wanted to know if it could be applied on a commercial basis.

After all, Tata Power  had access to around 24,000 acres of water surface area. It had several hydro-electric power stations.  Each of such stations has a dam containing water nearby.  And each of them has the facility to evacuate the power generated.  So in partnership with the Australian government, and with a Rs.3 crore investment, the Tatas began working on this concept. The idea was to scale it up to around 1 MW using every six acres of water surface. If everything worked, Tata Power hoped to generate as much as 4,000 MW.

Unfortunately, for Tata Power, solar cell prices began tumbling.  As they became cheaper, the major advantage of using concentrated solar power began losing its appeal.  But Tata Power persisted, and kept working on the concept to ensure that floating cells could become viable, that they would not damage aquatic life, and that power generation would be safe (because careless handling of electricity can maim or even kill).

The Tata floating solar project can still be viewed from a distance if you go to the banks of Lake Walvan.  But details about it are not being shared with the media.  However, there are good reasons to believe that Tata Power will be an aggressive bidder for the floating solar projects that have just been launched in India. During the past few months, according to data sources from both Mercom Advisory (https://mercomindia.com/) and the Solar Energy Corporation of India Ltd (http://seci.co.in/tenders.php), the government has floated as many as eight floating solar power projects – for capacities ranging between 2 MW to 1,000 MW (gigawatt). The process of shortlisting potential implementers of these solar power projects is still under way.

However a few things appear certain.  Expertise in ensuring safe evacuation of power from the floating facilities to the grid will be crucial.  Second, the safety of aqua life will also be important.  There is obviously, the third parameter – the cost of such power should not differ much from land-based solar power.

Even as these projects are being evaluated, two more tenders for floating solar are still open.  One relates to a 275 MW project in Uttar Pradesh, and the other for setting up of three units of 50MW (cumulatively 150 MW) to be installed at Rihand Dam.

Almost all these projects are close to hydro-electric power stations.  Thus the cost of power evacuation should not be a matter of concern.

Significantly other countries too have caught on to this idea.  Tenders are currently being floated in Indonesia and Thailand. Meanwhile, possibly to kickstart the process of promoting rooftop solar, the government has announced plans to have rooftop solar (http://seci.co.in/web-data/docs/SECI%20Port%20solarisation%2019th%20Mar_18.pdf) facilities at all government owned ports (which are also referred to as major ports).  These include the ports of Vishakhapatnam, Paradip, Kolkata, Kamrajar (in Chennai), Chidambaranar (Tutticorin), New Mangalore and JNPT (Mumbai).  The capacities aren’t insignificant, ranging from 15 MW to 50MW.  But this is significant because much of port handling is done during the day time.  This power can be used to recharge batteries, and even used for port operations.

It is heartening to see that the government is finally pushing for more solar projects. 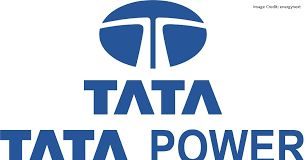