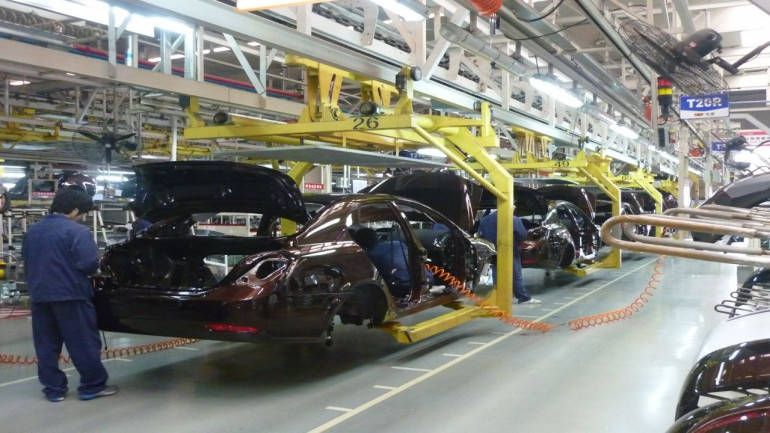 Like India, Thailand too chose to focus on food security. But then it decided to shift its focus and concentrate more on productivity enhancement in light industries.

Last month, Thailand’s government unveiled its grand plan for industrialisation.  The government is determined that the country be known a little less for its tourism (along with a booming market for sex).  Instead, it has embarked on a process of transformation that could make it another Asian Tiger, but with a big difference.  It has begun doing the very things India wanted to do, and talked about doing, but never really did due to its confused thinking, its lack of focus on merit, and its ideological baggage. In many ways, Thailand too was an agricultural economy.  Like India, it too chose to focus on food security.  But then it decided to shift its focus and concentrate more on productivity enhancement in light industries.  That was Phase 2.

It then decided to move towards labour-intensive and heavy machinery-intensive production.  That was when it began focusing on primary education – and did a better job than India in upgrading its human capital. As part of Phase 4, Thailand now wants to focus on technology and innovation.  The idea is to value-add products with service and quality of offering.  To achieve that it has begun doing things that, once again, India only talked about.

Thailand has done well for itself.  Look at its global rankings.  It performs way better than India in terms of ease of doing business, financial literacy, and global manufacturing competitiveness (see chart alongside). Today it is reckoned to be one of the most promising emerging economies.

Of course, there will always be one major difference between Thailand and India.  India is a large market.  Thailand is much smaller.  India has many more people.  That too translates into a very large consumer base. Thailand has less land and fewer people.  Hence, it knew that it cannot look at consumption based growth alone.  It had to look for exports as well.  India too wants to grab a chunk of the export market.  But Thailand appears to have mastered the art of encouraging exports much better than India has. The key, of course, lies in promoting human capital.

India, on the other hand, has botched up education either because of misplaced value systems, or because of ideology.

Consider for instance the manner in which India chooses to ignore merit when appointing teachers at school, college and university levels especially when it comes to reserved categories.  Can one expect a boy or girl to respect a teacher who does not teach well?  And is it not obvious that if that ‘unacceptable’ teacher were to belong to a reserved category, the child would have nothing but contempt for that person? Manpower development requires the best skills in any country.  Moreover, in order to attract and retain such skills, salaries for such posts must match the best across sectors. India has chosen to ignore both conditions. The result: talent among teachers at all levels – especially at school — has been plummeting year after year.

This is worsened by the amount of money the government itself spends on education. While Thailand has been increasing its expenditure on education as a percentage of GDP, India has seen it coming down. India decreased its spending on education from 4.4 % of GDP in 1999 to around 3.71 % in the last budget. Compare this with 6.5%  for Thailand!

The situation becomes worse when a government decides to add a religious twist to education. Once again, the focus is shifted from quality of teaching to ideological orientation during the process of teaching.

And instead of adopting global measures to monitor outcomes, India comes up with measures that actually fudge statistics about literacy and learning within this country (http://www.asiaconverge.com/2016/12/fudging-education-data-produces-sludge/) Combine poor allocation of funds with wrong policies for teachers and with ideological pressures, and it is not surprising that organisations like McKinsey and TCS find just around 20% of this country’s graduates as being employable.

What is even more impressive about Thailand is its (almost obsessive) focus on R&D. The country’s policymakers know that without this pool of researchers, innovation will take a back seat.  Not surprisingly some of the best companies in bio-sciences and food technology are now setting up office there. The biggest threat India now faces is the real danger of businessmen opting to use Thailand as their export base.  Take the case of Vijay Shah of Hi-tech Membranes.  He focuses on putting together components required for reverse osmosis (R/O).  Instead of selling to consumers or to the replacement market, he focuses on selling to water purifier companies instead.  He believes that this B2B (business-to-business) model suits his way of working much better than chasing consumers and building brand awareness. But he has never been able to export from India because of the terrible state of tax policies here.  Import duties range between 10-40%, GST is a nightmare, say his managers. But the domestic market is good, and he has notched up a turnover of Rs.300 crore over the past 22 years ever since he began this line of business in 1995.

But then, he saw the advantage of setting up shop in Thailand some 18 months ago.  His total investment has aggregated around Rs.8 crore, but his business turnover has swelled to Rs.30 crore within this short period.  “The work culture is good here,” he says. “Tax rates are low. And Thailand has FTAs (free trade agreements) with most ASEAN countries. Import rates too are near zero.” He — like many other Indian businessmen — has begun using Thailand as his export base.

This is because Thailand has assiduously wooed its neighbours to sign FTAs with it (see chart). So while India is going about tinkering (http://www.asiaconverge.com/2016/12/fudging-education-data-produces-sludge/) with Bilateral Investment Treaties (BITs) and FTAs, Thailand has opted to be friendly with countries it does business with.  Thailand has no problem with arbitration because its courts move faster and cost a lot less than India does for litigation.

Not surprisingly, Thailand’s exports to the ASEAN region have been growing by 4.6% each year, while it is just around 2.7% when global exports are concerned.

As might be expected, the number of companies setting up shop in Thailand has been increasing.  True, Thailand has been a base of Indian businessmen for decades.  The Aditya Birla group remains one of the biggest Indian investors there. So are the Tatas.  But the list of new Indian businesses moving over to Thailand has kept on increasing (see chart). And this does not include the hundreds of gold jewellery traders who use Thailand as a base for making gold jewellery which is then imported into India. A  more detailed list of India-Thailand businesses can be downloaded from http://www.asiaconverge.com/wp-content/uploads/2018/04/2018-04-05_India-invest-in-Thailand.pdf  and http://www.asiaconverge.com/wp-content/uploads/2018/04/2018-04-05_Thai-invest-in-India.pdf.

Once an investment project is cleared by Thailand’s board of investments, it can get

Eventually, India will have to decide whether it wants to remain a major exporter or not.  If yes, it must begin dismantling some of its regressive policies (remember how it wanted to slap an import duty rate of 70% on solar panel imports). It must ease its tax regime.  And to do that, it must learn to tighten its own belt, plug leakages from banks and government funded projects, stanch the bleeding caused by PSUs and (most important) focus on its manpower – its biggest asset.

It is when one looks at a small country like Thailand that the ineptitude of India’s bureaucrats and legislators stands out in sharp contrast.

The manner in which its strengths have actually been crippled is there for everyone to see. When Verghese Kurien (of the Operation Milk Flood fame) propelled India to become the world’s biggest producer of milk, he had never imagined that someone would push through a reckless cow and buffalo slaughter ban that could grievously hurt farmers and other related sectors. The government was clearly oblivious to the loss of jobs in the leather sector, and to the slippages in beef export (where India remains one of the top three global exporters).  For more details see http://www.asiaconverge.com/2017/06/saving-cow-comes-collateral-damage-jobs-exports-freedoms-votes/.

Instead of making the doing of business easier, it has tinkered with judicial appointments, making judicial redressal one of the most vexatious and expensive issues for businessmen. And it has ignored the simple fact that India’s biggest strength will remain its manpower.  Deny its teeming millions both growth and jobs, and they will become easy fodder for rent-a-mob demagogues who excel more in destroying than in creating.

But will India’s policymakers heed the warning bells?

India will have to resume RCEP negotiations, says Chinese expert

https://www.freepressjournal.in/business/india-will-have-to-resume-rcep-negotiations-says-chinese-expert India and the RCEP By Jescilia Karayamparambil and RN Bhaskar Beijing: India’s decision to back out of Regional Comprehensive Economic Partnership (RCEP) at the last minute...