Home Policy Watch It is a spirited debate over ethanol 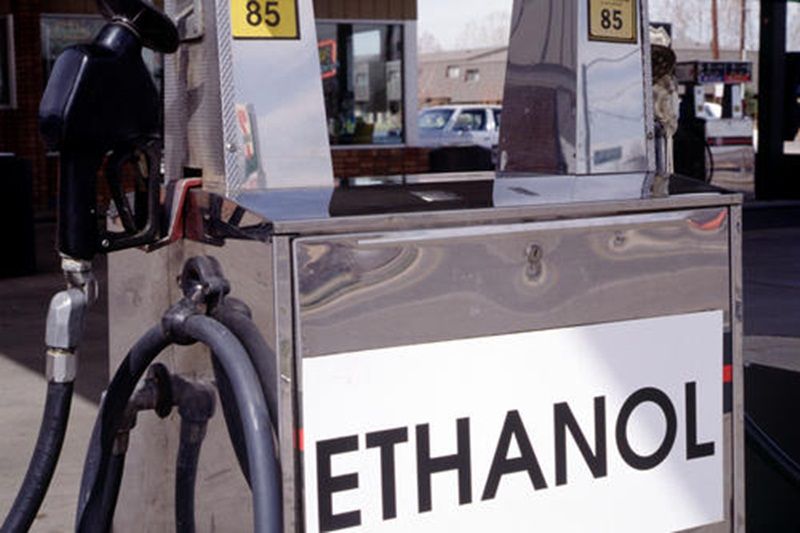 Ethanol for cars is not a good idea in India

Each time India faces a glut in sugar production, there is a chorus of voices touting the need for vehicles to use ethanol.  The arguments put forth in defence of the use of ethanol for vehicles are many – all laudable.

1, The excess sugarcane can be used for ethanol production.  This way sugar prices will stabilise.

3 The total biomass consumption will remain the same – hence causing no additional burden on greenhouse emissions. There are many others who extol the enormous benefits that farmers will get if ethanol blending with petrol is permitted.

The fact is that many of these arguments are specious, or at best misleading.

Ethanol is supposed to be cheaper than petrol.  Not really.  To compare ethanol with petrol, take the international cost of petrol and then compare it with ethanol costs.  If the same duties and taxes are imposed on ethanol, chances are that ethanol will turn out to be almost as expensive as petrol. Then add back the cost of water that sugarcane growers get free.  Add taxes too (agricultural income is tax-free).  You will then get a better picture of the cost of ethanol vs petrol.

Then take away the minimum price support mechanism that sugarcane enjoys.  The petroleum industry enjoys no such support. Then see if ethanol remains cheaper than petrol.

Also consider the second factor.  When sugarcane is grown in UP, Bihar or the North East, there is no problem. Water is abundant there. Similarly, it is okay to have ethanol-based cars in countries like Brazil where water is plentiful, land tracts massive, and the population scant.  India has limited water, less land, and a huge vehicle ownership population. That is why ethanol is not suited to India.

That is also why, when sugarcane is grown in Maharashtra, this industry alone imposes a hidden cost to the rest of the non-sugarcane state.  Hence, while Madhya Pradesh (which too grows sugarcane in limited quantities) can bring over two-thirds of its land under irrigation, Maharashtra has managed to irrigate only 20% of the land it has (even after diverting irrigation funds – a scam which the court is now monitoring).  The sugarcane lobby has taken away much of the water – free of cost – and has impoverished the rest of the state.  Now add back the cost of the farmer subsidy programmes for the rest of Maharashtra to the cost of ethanol and then compare the costs.

Unless water is priced, there is will be no compulsion on Maharashtra’s politicians to wean the state away from sugarcane. It has learnt to get preferential treatment for its politically well-connected sugar lobby, and now wants even more concessions. No way!

Third, remember that a disruption in automobile technology is already underway.  The government is already working towards phasing out vehicles powered by hydrocarbons and wants to usher in electric vehicles instead.

It is not fair to ask the automobile industry to modify its technology at present to make use of ethanol. Instead, the sugarcane industry, as well as the rest of the agro industry should be persuaded to convert all agro waste into methane.  Methane is similar to CNG which is already being used by vehicles and hotels. You do not need to create new technology.

Moreover, even rough back of the envelope calculations show that India’s potential for methane generation could be worth over Rs.18 lakh crore (Rs.18 trillion) a year. This is without including agro-waste, which could make the value swell three times more (http://www.asiaconverge.com/2018/04/shit-can-mean-big-money/).  Now take the entire import bill for petroleum, oil and lubricants (POL). During 2017-18, India imported POL worth Rs5.89 lakh crore.  Juxtapose this against Rs.18 lakh crore.  It does not take a genius to know where the advantage lies. Promoting methane generation does make more sense than promoting ethanol.

One last point.  The fortunes of ethanol are also linked with another interesting industry – alcohol.  The price difference between industrial alcohol and that which is used in potable liquor is almost 1:100.  That is why politicians love this industry.  Even a small diversion of potable alcohol from distilleries means that much of ill gotten money. That is why liquor barons are much in demand during election season.  Promote ethanol, and you will end up promoting the liquor barons.  Avoidable!

The author rests his case!