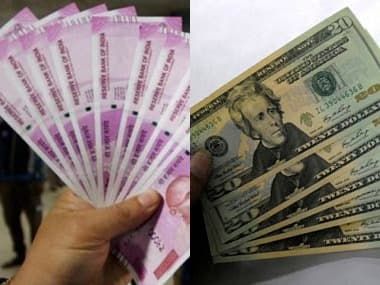 Can the rupee slide further?

The rupee has begun sliding.  The RBI has finally intervened and brought it some respite from the relentless slide.  But that has not stopped marketmen asking the inevitable question: Can the INR slide further?

The simple answer is – it could.  But a more nuanced answer is that it could unless the government learns to mend its ways.

Part of the problem lies with the way governments invariably work in India.  Whenever a government gets very strong at the centre – that is when it enjoys absolute majority after the results of general elections are announced, economic growth invariably suffers.  There appears to be an inverse correlation-ship between strong governments and economic growth (http://www.asiaconverge.com/2018/03/strong-governments-bad-indian-economy/). It would appear that strong governments think that they don’t need to pay heed to advice from others.  Ruling party legislators begin to think they know best.  They try to interfere with society, industry and even economic policy.  The result, economic growth invariably suffers.

The best rates of growth take place when governments at the centre learn to take more parties along with it.  There is governance by consensus.  There is discussion – noisy, but useful – in the Parliament.  There is more economic data available from government sources for further analysis and course correction. Result, economic growth zooms.

Just plot a chart between government strength at the centre and economic growth, and you will see this pattern in evidence again, and again, and all over again.  In that sense, the Modi government’s performance follows a pattern.

That is the only way one can explain the ham-handed way India went about demonetisation. The latest RBI annual report clearly states: “In the financial sector, dynamic changes in the Reserve Bank’s balance sheet took place shaping monetary and financial conditions during the year. Underlying them, reserve money growth was driven primarily by the expansion of currency in circulation (CiC) as the pace of remonetisation quickened and eventually, the pre-demonetisation level of CiC was exceeded in March 2018 [author’s highlights].

Demonetisation was meant to reduce the cash lying with the public.  At least 30% of the money was presumed to be black money which would get impounded by the process of demonetisation.  Third, fake currency notes would get badly hit.  With over 99% of the high denomination currency notes back with the RBI, it appears that all the three objectives have not been met. True, the number of accounts opened with the income tax have swelled.  But that could have happened even if demonetisation had been announced with say a six-month window within which conversion of notes could take place.

Clearly, the pain that the farm and the MSME sectors underwent was unwarranted.

There are visible signs of excessive consumption.  The previous government had allowed too much of money to flow into circulation – either through its unmonitored welfare schemes for rural areas, or by granting loans to parties who could not be called financially responsible.  Not surprisingly, the banking sector is now under tremendous stress.

As the RBI annual report points out, “Stressed assets [gross non-performing assets (GNPAs) plus restructured standard advances] in the banking system remained elevated at 12.1 per cent of gross advances at end-March 2018. The combined impact of the increase in provisioning against NPAs and mark-to-market (MTM) treasury losses on account of the hardening of yields eroded the profitability of banks, resulting in net losses.

In a pre-emptive response, the Reserve Bank allowed banks to spread their MTM losses over four quarters – starting from Q3. Going forward, the stress tests carried out by the Reserve Bank suggest that under the baseline assumption of the current economic situation prevailing, the GNPA ratio of scheduled commercial banks may increase further in 2018-19.”

Could the doubling of loan defaults by micro and small enterprises (NSMEs) be symptomatic of this problem?

When consumption is excessive, it must be matched by increase in production and exports. When you spend Rs.,100 even while your income is Rs.80, you will have excess liquidity, and the consequent heartburn of having to repay the money.

The present government sought to ease this problem at the mass level by announcing loan waivers.  That is unfortunate.  It will make banks less willing to lend to rural areas in the future, causing farmers to go back to usurious moneylenders.  Expect the pains and agonies for the farming sector to increase.  This is even in spite of figures showing that the growth in farm incomes during the past three years wasn’t that good to write home about (see charts by Nabard and India Ratings). So even while agricultural productivity continues to climb, farmer incomes will progressively slip, partly because of surplus capacity in the market as also the fact that the consumers may not be left with much purchasing power.

The government may try to increase consumer purchasing power by announcing more largesse.  One example is the huge increase in pay and perquisites to central government staff.  This is bound to be take up by state governments as well.  With additional money coming into the system without any corresponding increase in productivity, expect inflation to soar and the rupee to become weaker.  That could cause the rupee to slip even further against the US dollar.

If that isn’t bad enough, take a look at the RBI figures for the past three years.  Look out for the following indicators

There is a slowing down of

More worrisome is the decline in the rate of gross fixed capital formation (GFCF) .  The table alongside shows that GFCF levels could have been worse, but for government spending.  Sadly, as past experience has shown, the ability of the government to use such assets productively has not been impressive.  A look at Air India and several other ailing PSUs provide amble evidence for such cynicism. With private investment not willing to invest in India, productivity is bound to take a hit.  That, in turn could crimp domestic demand for goods and services.  It could weaken the rupee even further.

There are few easy options for the government.

First, it has to move quickly to sell government assets that haven’t been productive.  Air India and a host of other PSUs fit the bill.  Ditto with banks like IDBI.  Don’t burden LIC with this bank.

An insurance company is trained to use money very cautiously.  IDBI does not have that respect for caution or prudence.  In fact, if one looks at the way even simple confidence building measures have failed, there is genuine cause for worry.  IDBI remains the only bank that does not even send out timely SMS and email alerts to its customers, even after charging them for this (deficient) service.  It has an internal financial transaction reporting system that has been known to charge customers for things that they have not even transacted. In fact, there is need for a special audit of its processes, even the filing of police complaints for possible fraud.

Second, remove the immunity-from-investigation extended to bankers through recent amendments to the Prevention of Corruption Act.  As data presented before the Lok Sabha shows (see chart), the number of incidents of fraud at banks has only kept on increasing (http://www.asiaconverge.com/2018/08/banker-scams-ter-and-visible-hand-make-merry/).  A few bankers going to jail would be the right remedy to cleanse the banking system of such rotten practices. What is equally worrying is that the above table is no longer available on the Lok Sabha website.  The annexures have been hidden from public scrutiny.

Third, do not introduce measures that hurt exports or job formation.  This is what happened with the cattle slaughter ban (http://www.asiaconverge.com/2017/03/painful-days-ahead-for-up-and-yogi-adityanath/).  It hurt beef exports badly, especially when this sector was doing so well.  It had climbed to becoming the second largest exporter in the world. With the cattle slaughter ban the government hurt three major sectors.  The farmer was hurt, because he could not sell his aged cattle (even buffaloes).  That hurt his ability to purchase fresh milch cattle. It hurt beef trade employees and exports.  But most importantly, it also hurt cobblers and the leather tanning industry workers.  This has conventionally been a major employer and exporter.  Once again, it shows how a strong government at the centre can do things that can cripple economic activity.

Fourth, move towards promoting rooftop solar immediately using private sector enabled decentralised clusters (http://www.asiaconverge.com/2017/12/sabotaging-rooftop-solar-and-employment-generation/). This sector alone has the potential for creating some 83 million sjobs within the next 1-3 years,  If the government wants the rupee to be stronger, it needs to create jobs.  It needs to reduce imports, and solar power has that potential.  And it has to prevent non-productive losses of the type that state owned power distribution companies (discoms) notch up year after year.  Rooftop solar decentralised clusters could help do this.  Of course, this will hurt powerful people who make money by stealing power and get government officials to classify that as agricultural consumption. But if India needs to become stronger, it needs to cut out such types of theft, and increase jobs and local energy production.

Finally, to improve the investment climate, it must improve the law and order machinery.  When you have less than 1% of the child care centres complying with the law, it means that law and order has collapsed (http://www.asiaconverge.com/2018/09/3-measures-can-stop-india-becoming-failed-state/).  It means that India is close to becoming a failed state where the law does not matter any more.  This must also be addressed.

But will the government be able to do this?  If it cannot, expect the rupee to slide further.

Don’t entrust the fate of banks to the government

Source: http://www.moneycontrol.com/news/business/economy/comment-dont-entrust-the-fate-of-banks-to-the-government-2477915.html Should you trust the government with banks? The banks lent out money irresponsibly because India’s politicians in power thought that they could use the...