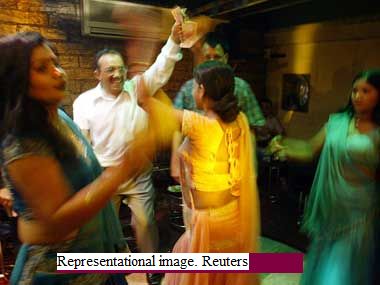 The legislative work against dance bars is specious morality, distorted priorities, waste of public money and the worst type of moral policing

Instead of stepping back, the state has tried to create new laws (each struck down by the courts). It has sought to put in cameras within the dance bars (also struck down by the courts).  It has tried to put p-olicemen inside the bars (also dismissed by the courts). The state has now begun working on ways to take down the details of customers visiting such dance bars.  It also wants, according to media reports, to introduce an ordinance to side-step the ruling of the apex court. This is no different from this state not only declaring prostitution illegal, but also creating rules to arrest any customer attempting to strike a deal with a prostitute.

Thus, the police has created two vulnerable sets of people.  The first is the prostitute.  The second is a softer target – the customer.  This too is moral policing of the most shameful kind, as will be explained below. And the police are known to pocket bribes from both sets of vulnerable people.

In fact, if one goes back to the past ten years, the state has spent more legislative time on discussing ways to shut dance bars than on ways to ameliorate the lot of hapless farmers, or penalise cooperatives that have sought to leech off farmers. It has considered farmer deaths to be less important than dance bars.  This is a distorted sense of priorities.  It is a waste of taxpayers’ money.  And it is a specious form of morality.

Ask any psychologist.  He will tell you that sexual crimes increase when simple ways of finding legal expression of sexual desires are denied to people.  In fact, the world’s largest institute on pedophilia (heaquartered in Germany) believes (http://www.asiaconverge.com/2017/03/coping-with-child-abuse/) that almost 70%  of pedophiliacs are because they could not find a natural expression for their sexual urges. Hence they turned to deviant ways of expressing them.

Mumbai is home to a very large migrant population. A large number of men from this population are without even their respective families, or the privacy of a room to themselves.  Do you expect this population to practice celibacy or abstention? If natural outlets – like prostitution and dance bars – are not allowed to them, expect to see the state to witness a surge in sexual crime.

If you do not believe this claim, just take a look at the statistics compiled by the NCRB.  Its 2015 annual report (http://www.indiaenvironmentportal.org.in/files/file/crime%20in%20India%20Statistics-2015.pdf)  shows how Maharashtra had the highest registered sexual offences from among all states in India.  Maharashtra accounted for 16,989 crimes

registered under the IPC compared to  the national total of 120,750 (see chart).  There can be no better proof of the moral hypocrisy practiced by the state.

Then take a look at data provided in the NCRB report for 2016 (http://ncrb.gov.in/StatPublications/CII/CII2016/pdfs/NEWPDFs/Crime%20in%20India%20-%202016%20Complete%20PDF%20291117.pdf). It will show you (see chart) that Maharashtra ranks second among states in India with the highest number of sexual crimes against children.  And it wants to take agains dance bars and prostitution? How absurd and crass can it get?

Prostitution thrives . . . so do pimps and policemen

Prostitution is one profession in India, especially in Maharashtra, where the biggest beneficiaries are policemen and pimps.  They are the ones who prey on this profession, and end up earning more than the prostitute herself. And if popular wisdom is to be believed, a percentage of such earnings go to finance politics. Maharashtra boasts of trying to become another Singapore.  But it should also look at how Singapore has legalized prostitution.  As a senior government official told this author, “We know that we have a large migrant worker population.  If we do not provide them legal outlets for sexuality, we will have illegal outlets.”

So what does Singapore do?  It categorises prostitutes into those catering to customers belonging to the upper class, middle class and economically poorer classes, respectively.  Each cluster of prostitutes in allowed to work from specified areas.  This way, the country ensures that there is less of tension between girls catering to different classes of workers. As the government official put it, legalising this profession ensures that “we control crime; we also ensure that all the girls undergo periodic medical checks and thus protect the health of both the sex worker and the client.”   Maybe, Maharashtra should start emulating Singapore by first amending its sex related laws.

As one reliable source puts it (http://indpaedia.com/ind/index.php/Prostitution_and_the_law:_India#2009_statistics) , “India has at least 8.6 lakh female sex workers (FSWs) and Andhra Pradesh has the maximum 1.56 lakh practising the trade.”  Maharashtra is not far behind with 85,416 FSWs (see chart).  Some of these numbers can be corroborated from a reply to an RTI application filed by Delhi resident Ved Pal, in which the health and family ministry said that the estimate of female sex workers is based on a mapping study undertaken in 2009. About 19% of the sex workers were unregistered, though this could be a lot larger.

“Total number of registered female sex workers (FSWs) is 6.96 lakh as per information from state AIDS control societies. This number is based on the line listing of targeted interventions in the states and it may change as per the new registrations,“ the ministry said in its reply.  Obviously, the unregistered numbers could be much larger.

Want to see how illegal migration, police grease dance bars and and prostitution cohabit?  Just go to Mira road on the outskirts of Mumbai. Just travel from the eastern part of the station to the highway. See the dance bars functioning there with impunity.  And prostitution.  Most of the illegal immigrants dwell here.  Of course, the police raid a bar or two to show that they are doing their job.  Yes, they “rescue” some girls.  Locals snigger when you use the word rescue.  They know what that means. And yes, the ones that do not pay up in time the amounts demanded are also raided.  It is exploitation of vulnerability, in the name of morality.

They have learnt the fine art from their political masters.

INVESTMENT PERSPECTIVE By J Mulraj Oct 1-7, 2022 The environment be damned The ongoing conflict between Russia and Ukraine continues to impose a huge burden on the global...