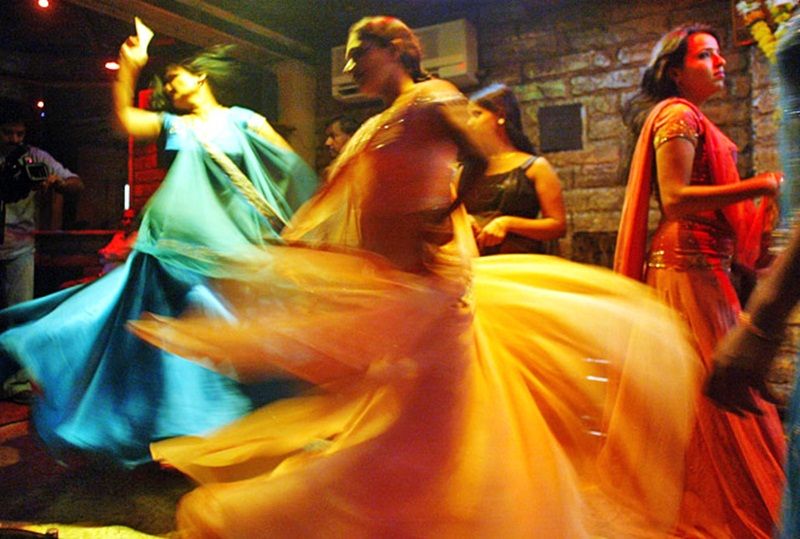 For the past one week, Maharashtra has been playing the morality card, in trying to whip up public sentiment against dance bars.  It is furious with the Supreme Court for giving dance bars the legal right to function. It is now planning to bring out an ordinance to sidestep the apex court’s orders. At various times the state government has railed against dance bars as being demeaning towards the status of women, of causing a law and order situation, and of corroding the moral values in the state.  Really?

It is time, the state was disabused about its notions about high moral standards.  Just look at the data from the NCRB. In its 2016 report, it shows Maharashtra accounting for the maximum number of crimes against women, compared to all states in India.  In the case of sexual crimes against children (which come under POSCO, 2012), the state comes next to Uttar Pradesh (no less), and the city of Mumbai next to Delhi.

These figures alone should tell Maharashtra that there is something extremely rotten with the culture that the government has been trying to promote.

This author would like to list a few causes for the culture beginning the stink worse than rotten fish.

First, the government has lost its sense of priorities.  It has spent more legislative time in controlling dance bars rather than in dealing with farmer deaths.  For the past 10 years (remember home minister R.R.Patil?) the government has been talking about how dance bars have been corrupting Mumbai.  The sex-crime rates suggest otherwise.

Second, it has asked the Mumbai Police to keep an eye on dance bars, on the customers going in; It wants video cameras permitting police stations to watch how scandalous dance bars are (do the police stations want a free show of the dance performance?). Is the government trying to degrade a force once reckoned to be the most professional in India to become peeping Toms? The very same thing happened almost a decade ago, when Maharashtra tried to ban girls from working in call centres at night.  Result: policemen at checkposts were looking for girls in cabs instead of looking for criminals. Stop this corruption of the police force immediately.

Thirdly, the Mumbai police is notorious for trying to either directly catch couples necking at isolated spots, or indirectly exhorting goons to do so.  The police (or the goons) then threaten the couple to name and shame them, unless they pay up some money.  At times the police have themselves molested girls (remember the infamous Marine drive case where a policeman raped a girl inside the chowkie?).  Any form of moral policing is despicable and must be stopped. Couples need to find some place to be by themselves, especially in a city where there are few houses which can offer people the privacy they need.

Fourth, please pay heed to the body of psychologists and psychiatrists who will tell you that if you prevent people from finding expression for their (natural) sexual desires, you will find them seeking out gratification in unwelcome and clandestine ways.  That is the principal causes for sex crimes increasing in Mumbai and in the state. In fact, pedophilia too increases when normal sexual expression is thwarted (http://www.asiaconverge.com/2017/03/coping-with-child-abuse/).

Fifthly, this state not only makes prostitution illegal, but criminalises customers too.  Thus, the government has created a situation where the policeman, in partnership with the pimp and the prostitute, collect graft money from the sex worker as well as from the customer.  Picking on such soft targets only causes sex-crime rates to soar. That is why many countries don’t ban prostitution. In fact, the only two players who make more money than the prostitute are the pimps and the policemen.  True, occasionally, you hear of dance bars in Mira Road near Mumbai being raided, closed down and the girls being “rescued”. Ask the locals about the “rescue” and they will snigger.  Everybody knows what that word means.

Instead look at Singapore.  It legalizes prostitution.  It keeps them in different areas to cater to different clientele – the rich, the middle class and the not-so-rich.  The reason: Singapore has migrant workers.  If they are not allowed expression of their natural desires, they will turn on other girls and women. Moreover, legalising them gives them rights.  It also makes authorities monitor their medical checks for a safer health environment.

Maharashtra’s problem has been on making groups vulnerable – lovers, sex customers, sex workers and even dance bars.  Mumbai has a migrant population – a large number without families.  By banning prostitution and dance bars the government is actually encouraging sex crimes, especially against children.

Why India’s data on deaths is so misleading

The government is keen on strengthening Aadhaar. That will allow it to effectively implement its Direct Benefits Transfer (DBT) programme across the country. But there...
India’s data on deaths is extremely misleading. Was this deliberate?