Home Policy Watch Why no transparency in funding by insurance cos 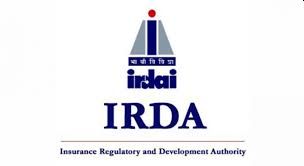 Why is there no disclosure of investments by insurance companies?

On 11 April, 2019, the Securities and Exchange Board of India (or SEBI) issued a circular (No. SEBI/HO/IMD/DF2/CIR/P/2019/57).  It is addressed to all  Mutual Funds (MFs)/ Asset Management Companies (AMCs)/ Trustee Companies/ Boards of Trustees of Mutual Funds/ Registrar and Transfer Agents/ and Association of Mutual Funds in India (AMFI).

SEBI exhorted them to improve their back-end systems and to promptly flag potential risk exposures to their investment portfolios.  It asked MFs to put in place systems, auditors and system auditors to ensure that this was done scrupulously and immediately.  SEBI reminded them that this requirement was informed to them even earlier vide SEBI Circular SEBI/IMD/CIR No.9/176988/2009 dated September 16, 2009.

This is good news indeed, because it is imperative that the country should have greater respect for disclosures.  Transparency is urgently needed for investment portfolios, as also for ways in which governments – both at the centre and the state – spend money.

SEBI’s move came on the heels of redemption pressures faced by two MF companies to revise their offerings in respect of their fixed maturity plans they had offered to their investors.  One of them sought to offer them lower returns.  The other wanted a rollover of the maturity period. Both of them had seen their net asset values (NAVs) getting battered on account on the fall in prices of Essel group company shares.  MF companies had (reportedly) collectively invested around Rs.13,000 crore with the Essel group, which in turn had invested in securities offered by the beleaguered IL&FS group.

But that is where SEBI’s move is extremely curious.  It wants better disclosures from MF companies. But larger investible funds come to the market from insurance companies (see table), Yet SEBI looks the other way. IRDAI too has chosen to stay silent on  this issue of disclosures. This is despite the fact that the investible funds with insurance companies are (in IRDAI’s own words in its 2017-18 annual report), “approximately one and half times the assets under management of mutual funds and more than three times that managed by the Employees Provident Fund Organisation!” This was dwelt upon by this newspaper earlier, but there has been no reaction (https://www.freepressjournal.in/business/how-deeply-has-il-and-fs-toxic-debt-impacted-portfolios-of-life-insurance-companies/1479034),

True, investments are made in approved securities. But both Essel and IL&FS enjoyed an AAA rating once. So did IDBI. Currently, we do not know the extent of contaminated assets lying with insurance companies.  Nor do we know the risk-exposure arising from investments in other such companies.  The moneys with insurance companies are eventually public funds.  Why is there no disclosure?  Even RBI avoids this issue, even though the funds involved are so big that they could pose a systemic risk for the entire financial sector.

True, some insurance companies – like Bajaj Allianz – do make full disclosure of their investments even though they have not been asked to do so by IRDAI.  But other insurance companies are silent.  They say that IRDAI has not make disclosures mandatory.  And SEBI too has chosen to look the other way.

Is it because the insurance companies have a risk exposure that SEBI does not want the market to learn about?  Is it because insurance companies have been asked by the finance ministry to invest in shares that could – at best – be termed as unwise exposure?  Remember how one of the first major unwise investments LIC made were in the shares of Haridas Mundhra in the 1950s? Remember how it led to the resignation of none less than the then finance minister himself?  Should the markets be prepared for a similar crisis in the offing?

These are the fears the markets are bound to have, if they are not offered full disclosure of the investment portfolios of insurance companies. India has seen enough messing around with banks and with infrastructure companies.  This contagion should not be allowed to spread to insurance companies. And if it has, the infected parts should be cauterized immediately.  The potential risks arising from non-disclosure could be far greater than those by disclosure, no matter how painful.

SEBI cannot play a game of favourites in the marketplace.

CEMS: a world class centre of excellence in maritime and...

http://www.freepressjournal.in/analysis/setting-up-of-a-world-class-centre-of-excellence-in-maritime-and-ship-building/1190624 CEMS: Training people for the waters — By RN Bhaskar | Dec 21, 2017 07:50 am An announcement made by India’s ministry of shipping (MoS), in the...