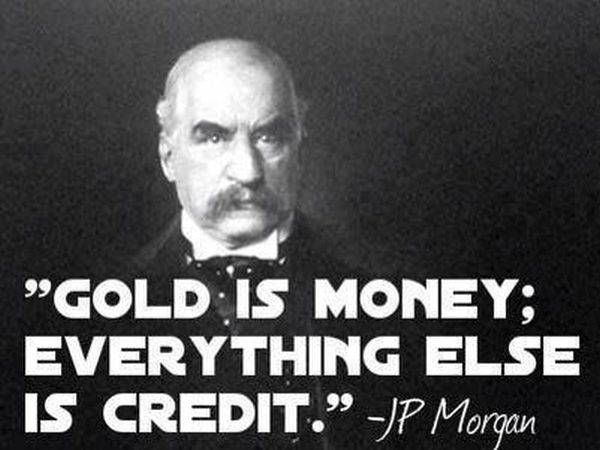 Will gold undermine the US dollar?

Gold is likely to become increasingly relevant in the coming years. Its days of being dismissed as a non-economic asset may be coming to a close.  Backing this view are almost all the central banks of the world.  And their espousal of gold appears to become stronger with the passage of years. As data from the IMF shows, 3,560.28 tonnes of gold were purchased by central banks across the world during the past ten years (see table).  Of this, the top 18 countries collectively accounted for net purchase of 2,628 tonnes. The biggest purchaser was Russia which bought 1,501.45 tonnes. Remember, Russia also has the largest reserves of (as yet unmined) gold in the world. It could be a formidable force when it comes to global monetary policies.

And do watch China which purchased 820.19 tonnes.

Even India saw its gold reserves swell by 50.94 tonnes bringing its holding to 608 tonnes or 6.8 % of its foreign exchange reserves. Remember, this is official gold, held by central banks.  It has little to do with private holdings of gold where India remains the world’s largest reserve with around 25,000 tonnes (http://www.asiaconverge.com/wp-content/uploads/2015/12/AConverge-Gold-booklet-ALL-low-res.pdf). The only odd countries are Germany, which sold 37 tonnes.  The US interestingly did not purchase gold at all.

That could have something to do with how gold is already 70% of Germany’s forex reserves (http://www.asiaconverge.com/wp-content/uploads/2019/04/2019-04-27_gold-holding-central-bank-top-20-1.jpg).   The US has 74% of its reserves in gold, and does not want to purchase more. Moreover, buying gold would further weaken the US$.

But why are other countries purchasing gold?  The simplest reason could be that the confidence of the world’s central banks in the US dollar appears to be slipping.  And this is due to several factors.

First, more and more trade in the world is now being done with non-dollar currencies.  Foremost among them are the Chinese Renminbi and the EU’s Euro. As IMF’s  Currency Composition of Official Foreign Exchange Reserves (COFER), International Financial Statistics (IFS) — http://data.imf.org/ and http://data.imf.org/regular.aspx?key=41175 — shows, during just the past seven quarters (from Q2 2017 to Q4 2018), the share of Euro and Renminbi trade swelled from 17.51% of total global foreign exchange reserves to 21.21% (http://www.asiaconverge.com/wp-content/uploads/2019/04/2019-04-27_Share-major-currencies-trade.jpg).  When allocated reserves (which are around 83-94% of total forex reserves) are taken into account, the share of the Euro and Renminbi soars even further.  Their share climbed from 21% to 23% during the same period.  Clearly, the US dollar is losing its clout in global trade. Its share diminishes in a growing pie.

Second, the US has to blame itself for this surge in non-dollar trade.  For instance, when it tried to sanction Russian oil exports to Europe, Russia quickly clinched a pact with China, set up an oil and gas pipeline, and began exporting to China as well. Thus, China diversified its oil & gas requirements away from the Middle East and the US. It also got the trade in non-US$ terms.

This could happen with Iran as well.  A unilateral sanction imposed on Iran’s oil will only make it sell more oil to China and in non US$ currencies. China and Europe have already challenged the US sanctions as not being ratified by the UN. The US can be its own worst enemy.

Third, there is no denying the economic heft that China has begun to wield in global markets.  The telecom sector and the Belt and Road Initiative (BRI) could make China even more relevant globally. Expect the US currency to weaken further.

India’s holdings in gold stand at just 6.4% of its reserves.  This means India will need to realign its policies suitably to give gold a higher share. This can be done in two ways.

It can introduce better versions of gold bonds (http://www.asiaconverge.com/2018/10/using-gold-bonds-to-reduce-cad/).  It is also time India had a gold regulator in place.

India will obviously have to rethink its position on gold. Else, it might be left clinging on to a currency which the world has already started abandoning. As the dollar loses market share, expect turbulence in currency markets to increase.  That will push more central banks towards gold.

Will this mean a gold rush? That is hard to say because gold prices are also a result of hedging and de-hedging strategies adopted by gold mining companies.

But one thing is certain.  Gold is becoming more relevant to central banks than a decade ago. The lust for gold will thus remain undiminished.

https://www.freepressjournal.in/analysis/five-thriving-myths-about-waste-management Five things about waste management that we are mistaken about RN Bhaskar  --  September 19, 2019 The last few months, politicians of all colours have begun...