Home Policy Watch Amid coronavirus outbreak, and subsidies, will your milk be delivered home? 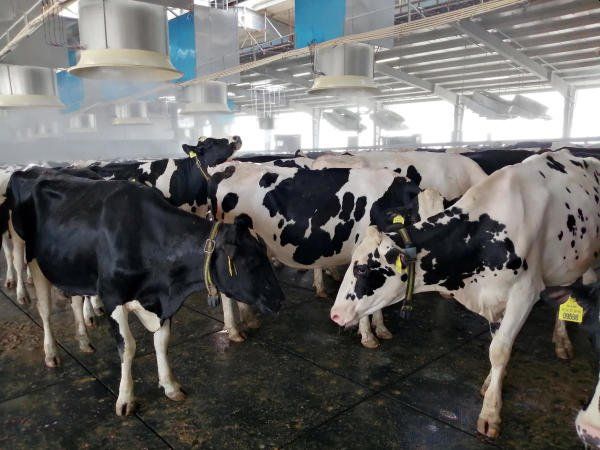 Last fortnight, milk was in the spotlight once again.  And this time ostensibly because of the coronavirus lockdown.

Some milk producers began crying wolf. They said that milk supplies to Mumbai would dwindle, because there was just not enough cattle fodder.  They claimed that trucks carrying cattlefeed were not allowed to ply on the roads (https://www.freepressjournal.in/business/coronavirus-outbreak-fall-in-demand-and-shortage-in-cattle-feed-hit-the-dairy-industry).

Now milk is an essential commodity.  So is agricultural produce in most states.  Then, why were cattlefeed trucks stopped?  The story then changed, and the producers said that the cattlefeed factories were not running to full capacity because of the shortage of labour that had either returned home, or in isolation. But reassurance came from RS Sodhi, managing director of GCMMF (Gujarat Cooperative Milk Marketing Federation); that the situation was purely temporary, and would become normal soon.

It now transpires that they want an increase of Rs.2 per litre because they claim that the cost of inputs has gone up.  This too was nixed.

Thus, while Gujarat could focus its activities in developing and fine-tuning an extremely efficient procurement, processing and marketing machinery, Maharashtra ended up having as many as 60 brands, each with its own procurement, processing, and distribution strategy. . Moreover, while Gujarat managed to build India’s largest cooperative without government subsidies, Maharashtra’s cooperative managers (mostly politicians) were always on the lookout for a dole.  That means government largesse.

Unlike Gujarat’s milk cooperative, Maharashtra’s cooperatives are largely financed by its sugar operations.  One of the by-products of sugarcane is molasses, which helps run distilleries.  It is no surprise then that all the cooperative bosses have huge interests in distilleries, though as private enterprises and not as part of the cooperatives.  It is the same old story – socialization of losses, and privatization of profits.

Karnataka is another state where sugarcane and distilleries and milk cooperatives often go hand in hand.  And even though Karnataka does not have the problem of multiplicity of brands (unlike Maharashtra), it too is constantly in need of government largesse.

It is quite possible that common distillery interests have persuaded Maharashtra to be more liberal in allowing milk from Karnataka into its own territory.  This is despite milk in Karnataka getting a 20% subsidy of Rs.6 on its Rs.30/litre price. Curiously, Maharashtra’s cooperatives have not insisted on an entry tax of Rs.6/litre on milk from Karnataka. Obviously, subsidies in one state can hurt the pricing of the same product in another state. Do remember that Maharashtra slaps an entry tax on liquor that comes from Karnataka, but not on subsidised milk.  Does this point to the pecking order of priorities of the state government?

Subsidies create other types of problems as well (some other states like Rajasthan and Telangana have also begun offering subsidies to milk producers ranging from Rs.2-4 per litre). They too incentivize inefficiency and hurt the efficient. They distort markets and debase values.

In the case of milk, it hurts efficient players like GCMMF, and also private players like Hatsun (the largest private sector milk producer in India). Both have been more generous towards their milk farmers than either Karnataka or Maharashtra have been.  Both have also managed to do this without any subsidies from the government.

Do state governments want to run them to the ground?  While players like Nestle with its milk production centre at Moga in Harayana and sugar cooperatives can survive — because they have more than one product to sell — GCMMF and Hatsun have only one product, milk and its derivatives.  They are the nation’s pride.  But they are more vulnerable to the pressures that subsidies create.

Fortunately, milk production has not declined (see table), despite such financial misadventures.  However, the biggest cost for farmers is the cost of keeping cattle alive after their lactation period ends.  In this respect, eastern states in India have an advantage (http://www.asiaconverge.com/2017/06/why-the-cattle-slaughter-ban-is-a-bad-idea-mirrors-another-fundamentalist-streak/).  Their governments have refused to ban the slaughter of non-lactating cattle.

Eventually, India’s policymakers will have to take a call.  Do they want milk production to remain efficient, and the farmers to earn more, or will they destroy a dream that propelled Kurien to make India the world’s largest producer of milk (http://www.asiaconverge.com/2019/02/game-india-seven-strategic-advantages-can-steer-india-wealth/)?  To produce more milk, you need to reward the farmer, not the owner of cooperatives.  GCMMF does that.  It pays over 80% of the market price of milk to milk producers.  In Maharashtra it is barely 50%, — lower than what private producers pay their milk producers.

Will politicians destroy India’s milk industry (http://www.asiaconverge.com/2020/02/verghese-kuriens-milk-model-curdled/)? One fervently hopes they will fail.

https://www.freepressjournal.in/analysis/policy-watch-falling-education-and-employability-levels-spell-trouble-for-india Think education and employability, not divisive issues that weaken India   RN Bhaskar Watch the presentations of some of the leading personalities in India, and you are...