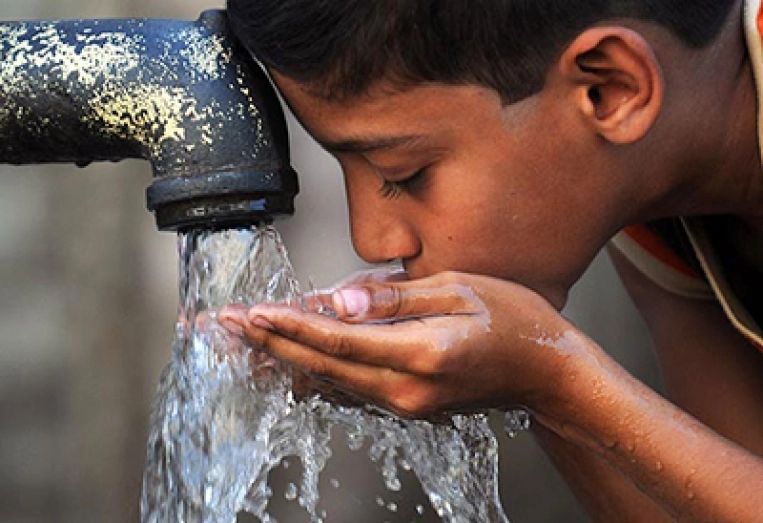 If one goes by news reports, it would appear that the government is trying to sort out the impending water crisis on a war footing. That is good news, because the coming year will be harsh on India.

Already buffetted by an economic downturn, (http://www.asiaconverge.com/2019/05/even-the-iip-suggests-that-india-has-a-painful-six-months-ahead-unless-it-is-only-when-one-goes-to-the-components-that-ma/), news about poor rains this year could worsen the country’s plight.  After all, almost 50% of consumers dwell in rural areas, and are sorely dependent on rains. But scepticism about the government’s seriousness stems from the lackadaisical approach it  has shown towards waste management. After all, not having enough rain is one problem.  But allowing even existing reservoirs of water is a bigger problem, and continues to be visible all round the year.  All waste has the potential of ruining ground water reserves of water.

Add to this the government’s unwillingness, even now, to deal with polluters of waters with a firm hand. That, indeed, is baffling.  Hasn’t someone told our bureaucrats and ministers that it is cheaper to stop pollution than to clean up polluted water?

Yet, just look at the charts above.  Almost 60% of the states have scored 50% or less, on the water management index.    Haryana, Uttar Pradesh and Rajasthan are three such states.  These states have some of the worst social development indicators.  Poor health, poor economy, female foeticide, and a penchant to be holier-than-thou with their promotion of vigilantism. Not surprisingly, even the police in these states spend more time in forensic examination of cattle meat, instead of trying to reduce crime.

Thus, even while all states continue talking about storing water, few states have taken measures to stop contamination of the waters stored.   And there is little or no talk about recycling water either.

Nor is there any attempt to price water quickly (http://www.asiaconverge.com/2019/06/crisis-helps-review-water-policies/), and limit water consumption depending on the crop produced.  As a result, Maharashtra continues to focus on sugarcane (and cotton) which further adds to the water crisis (http://www.asiaconverge.com/2019/03/maharashtra-agri-woes-will-continue/).  And this is even after knowing that over 12.021 farmer suicides during the past four years

The irony is that India is blessed with more water than many Asian countries (http://www.asiaconverge.com/2019/03/maharashtra-agri-woes-will-continue/).  But it has misused and abused water to the point where it has become scarce and is now causing death and destruction.

SwachIndia, of NDTV.com,, puts this across quite well (https://swachhindia.ndtv.com/wastewater-recycling-multi-billion-dollar-opportunity-india-avoid-forthcoming-water-crisis-7182/). “India is the biggest consumer of freshwater in the world today, accounting for about 750 billion cubic metres.” And yet, unlike China or Israel, India recycles only 30% of its waste water.  But even this figure is generous.  In many states, barely 5% of the solid waste generated gets collected and treated.  In fact, the highest figure comes to around 30% (see chart alongside).

Moreover, there is no attempt to enforce the rule of polluter pays. India has yet to adopt the polluter-pays-principle.  By paying more for more toxic or difficult-to-treat effluents, the onus is on companies which emit more hazardous pollutants. Instead India still prefers to adopt a single flat tariff for effluent treatment from all units in an industrial zone – and even this is not paid for fully.

Thus, sewage discharge continues to grow. According to ENVIS Centre on Hygiene, Sanitation, Sewage Treatment Systems and Technology (http://www.sulabhenvis.nic.in/Database/STST_wastewater_2090.aspx)  India produces a total sewage of 61,754 MLD (million litres daily), and untreated sewage of 38,791 MLD.  Against this, the total sewage treatment capacity is only 22,963 MLD or 23% of the sewage output.

Unfortunately, much of India’s sewage gets discharged directly into rivers or lakes.  That explains why the Ganges and the Yamuna are so polluted.  As mentioned earlier, it is cheaper and easier to stop sewage discharge into the rivers, than it is to clean them.  India has often ignored the former.

That in turn pushes up medical costs as well. The UN states that over 800,000 people die every year because of contaminated drinking water, and not being able to properly wash their hands. Water-related diseases claim nearly 3.5 million lives annually in Africa, Asia and Latin America — more than the global death toll from AIDS and car crashes combined.

If India is serious about the impending water crisis, let it first stop further contamination of ground water reserves.  Next it must begin pricing water.  Third focus on severely penalising water and ground water polluters.  Unless the cost of non-compliance becomes several times higher than the cost of compliance, India is unlikely to improve its rankings as a good manager of water.