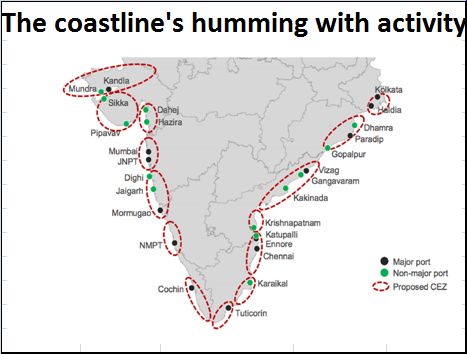 Deng Xiaoping, the former premier of the People’s Republic of China, had famously said “It doesn’t matter whether a cat is black or white, as long as it catches mice.”  The wisdom of this adage appears to have been lost on India. Especially where investments are concerned. India is badly hurt.  Even as it was trying to clamber out of an economic downturn, the current pandemic has given it a body blow.  Industries are mauled.  Unemployment is rife.  The country has just managed to escape food riots thanks to huge food stocks (especially of rice and wheat) which are normally allowed to rot because of want of storage capacity.

But to create jobs, and to give a fillip to its economy, India needs huge investments.  Yet,  its record of respecting investment inflows is terrible. It changes rules constantly without the consent of existing players who have already brought in their investments. It did so for the telecom sector, for e-stores and supermarkets, and even credit/debit cards. Tax laws are changed, and imposts levied with retrospective effect.

It has even tried stopping foreign investors from approaching international arbitration tribunals for dispute resolution (http://www.asiaconverge.com/2020/01/arbitration-and-investment-protection/).

Consequently, investments have dried up.  However, information technology related unicorns have done amazingly well in India. That was possible because of Chinese investment.  Without China, India would have no Unicorns to boast about (http://alphaideas.in/2020/04/22/short-unicorn-story/).

Investments do matter. And China has contributed more to India’s Unicorns than any other country has (http://www.asiaconverge.com/2020/03/china-investments-in-india-are-strategic-and-profitable/). Eventually, it doesn’t matter if the cat is black or white.  India needs jobs. It wants wealth generation.  And it wants to regain its ability to raise its head again.

That is why, the government’s announcements of curbs on investments from China left people flummoxed (https://in.reuters.com/article/india-china-investments/chinese-investors-flummoxed-by-indias-new-foreign-investment-rules-idINKCN2251ZI). Was it the handiwork of myopic and sly bureaucrats whose children study in American schools and want to push the US agenda (https://www.freepressjournal.in/analysis/the-us-sues-china-how-much-of-it-is-truth)?

In fact, the curb was even laughable.  India chokes over the 1% investment that China made in HDFC. But it allows Facebook to take up a 10% stake in an Indian company. This is when the wife of the Facebook promoter is also Chinese.

Is the government unaware that investments can be made through tax havens like Channel Island? Thus, a beneficiary can change even after the shares have been acquired. India won’t even know about it.

It is to prevent such knee-jerk reactions, that this author has always advocated (https://www.thehindubusinessline.com/markets/stock-markets/companies-moving-out-of-china-will-india-seize-the-opportunity/article31418116.ece) the creation of special economic zones (SEZ), and coastal economic zones (CEZ), which should become autonomous territories protected under Section 234 Q of the Indian Constitution.  This clause protects politicians from interfering with the way cities, and zones, work.  That explains why NOIDA, near Delhi, has a CEO, and not an elected representative.  That, in part, explains why it has invited more investments than the rest of Uttar Pradesh. This is how Jamshedpur too has survived tumultuous times in Bihar.

But the government needs to go a step further.  It should give away each SEZ or CEZ to a different country partner on a 30-year lease, provided it invests in it, builds it, develops business there and pushes exports as well.

This is not a new concept.  This is how even port terminals and airports are given to private, even foreign, players.  Take the richest port in India – JNPT.  Its money comes from terminals given on 30-year leases to foreign players.  JNPT has learnt that having a revenue share and remaining the landlord, is more profitable than trying to run the business itself.  Not surprising, the terminals run by others are more profitable than the one run by JNPT itself.

To make the CEZ/SEZ concept more attractive, the government should allow these territories to be exempt from the abhorrent inspector raj, archaic labour rules and from capricious sarkari policies.  Since these SEZs/CEZs will be bound by treaties, they will have access to international arbitration as well.  Dispute resolution will be faster. That will actually usher in ease of doing business.

Partner countries can develop the SEZs themselves, employ the people they want (subject to 90% of them being Indian), have access to domestic markets (subject to 20% of the produce being exported) and becoming forex neutral within five years. Do this, and money will pour into India.  Jobs will get created.  Exports will soar.  The balance of payments will improve.

India must learn from JNPT.  Eventually, it does not matter where the money comes from, so long as territorial integrity is maintained, jobs are created and both partners win.

Will the government learn from Deng’s adage?

http://m.firstpost.com/business/china-spectre-is-only-in-indias-mind-new-delhi-cannot-afford-to-ban-chinese-goods-3055522.html Boycotting China is a joke If you are an Indian, even a short walk through China's cities will tell you that few people in this...