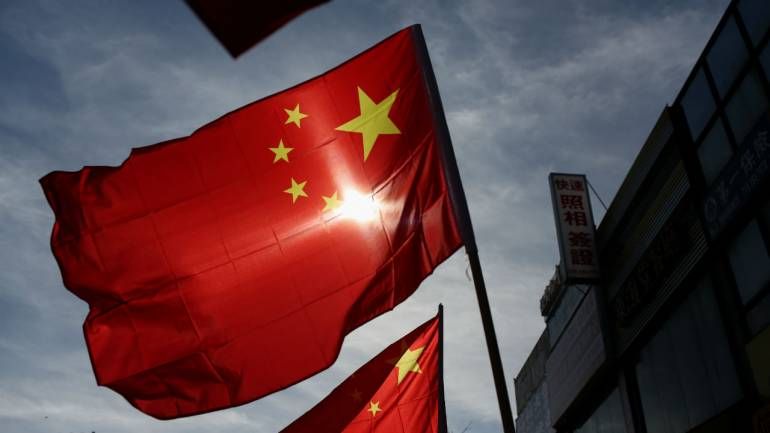 China’s “two sessions” of the National People’s Congress (NPC) and the Chinese People’s Political Consultative Conference (CPPCC) finally ended on Friday 15 March.  Both conferences are extremely significant for both China and even the world.  Premier Li Keqiang delivered the Government Work Report to the second session of the 13th National People’s Congress in Beijing on Tuesday, March 5 (http://en.people.cn/n3/2019/0305/c90000-9552894.html).

According to media reports the NPC’s secretariat received 491 proposals – 487 proposed legislations and 4 regulatory recommendations – to be handled by the top body.  Li Zhanshu, chairman of the NPC’s standing committee, pledged to move forward with “revising urgently needed laws for deepening market-based reforms”.

Some of the deliberations could be significant for India, as trade between both India and China touched the $100 billion mark. More significantly, during the past few years, several Chinese companies have already begun making substantial investments in India.  Notable among them are Sanyi in Maharashtra, which is into making heavy machinery, Mediya which is into electrical appliances (and could become a competitor to China headquartered Haier).  This company is reported to have already invested $1 billion in Maharashtra.

Of course, the biggest investment would possibly relate to Huawei, which accounts for almost 5,000 employees in India. Another investment which is being watched with tremendous interest is by Nuntung Construction Company which is building the country’s tallest building in Bangalore.  Other major investments relate to Xiaomi and Lenovo.

For China, modifying its investment and corporate tax laws is crucially important for two reasons.  First, with many of the Western countries likely to follow the US in raising trade barriers – the matter could come up before the WTO soon – Second, China needs more investors. And it has begun pursuing this objective with greater focus than India has (http://www.moneycontrol.com/news/india/comment-asking-for-investments-is-good-but-can-india-guarantee-speedy-and-fair-grievance-redressal-2489553.html).

The plan is to reduce the tax burdens and social insurance contributions of enterprises by nearly 2 trillion yuan ($298.3 billion) in 2019 have been passed.  But there is no formal confirmation to this effect as yet. This is part of its broader push to promote manufacturing and fuel the growth of small and micro businesses (https://mp.weixin.qq.com/s/GRV-PbaGRThcTBNaS8665Q.

Changes are also expected to deepen the value-added tax reform, reducing the current rate of 16 percent in manufacturing and other industries to 13 percent, and lower the rate in the transportation, construction, and other industries from 10 to 9 percent (it must be noted that value-added tax is tax on a smaller amount of money than GST, which is a tax on the entire sum invoiced).

This is significant both because China wants to become more business friendly, as also on account of the global slowdown.

There are other moves being made as well.

Collectively, these moves should consolidate China’s capabilities in areas relating to web services and telecommunications.  The moves by Huawei must therefore be seen in this context. The biggest market for China will be 5G networks. It is forecast that 5G connections will reach 1 billion worldwide in mid-2023, taking less time than 4G to reach this milestone (https://www.ccsinsight.com/press/company-news/3240-ccs-insight-predicts-1-billion-users-of-5g-by-2023-with-more-than-half-in-china/).  By 2022, China is expected to account for more than half of all 5G subscribers.

In the US, it is Verizon which is struggling to push its 5G solutions (https://www.wired.com/story/5g-is-coming-real-will-cost-you/).

Analysts believe that India could move with China in promoting 5G.  If that happens China and India together could create a new global standard both for web services and telecommunications.

At these discussions, China has already reduced its GDP targets to between 6 percent and 6.5 percent as the country pursues higher-quality development amid mounting uncertainties in the international economic landscape.  The country will also raise its fiscal deficit target to 2.76 trillion yuan ($410 billion), or 2.8 percent of GDP, this year from 2.6 percent in 2018. Total government expenditure is budgeted at over 23 trillion yuan ($3.4 trillion), up by 6.5 percent from last year.

In laws related to investments (http://www.chinadaily.com.cn/a/201901/31/WS5c5203dca3106c65c34e767a.html) China has sought to streamline its foreign investment law that would assure foreign companies of treatment that is fair and equal to that of domestic enterprises and promote the opening of the domestic market.  Hao Mingjin, vice-chairman of the NPC Standing Committee, said “The draft law would confirm China’s determination to further open up, and it is also a process to push forward market-oriented economic reform.  Added Wang Xiang, deputy head of the Office for Economic Law of the NPC’s Legislative Affairs Commission, “The new law will be the foundation to promote, protect and manage foreign investment in China.”

Chinese worries on this front are understandable. Its global FDI declined more than 40 percent in the first half of last year, according to a report from the United Nations Conference on Trade and Development. But China could take solace from the fact that FDI dropped even more sharply — by nearly 70 percent — in developed countries. However, despite this decline, data from the ministry of commerce in China shows that it enjoyed FDI of over 880 billion yuan in 2018, a record high and an increase of 0.9 percent from a year earlier.

Expect changes in China’s Foreign Investment Law as well (https://www.china-briefing.com/news/chinas-new-draft-foreign-investment-law/). China plans to further open up its markets to foreign businesses and address complaints that have been prevalent among foreign investors.  Its draft Patent Law includes provisions for higher penalties for patent infringement; extending the term of patents to 15 years, up from 10 years currently; and clarifying a shift of the burden of proof to the defendant under a duty to cooperate in providing relevant information (https://www.straitstimes.com/asia/east-asia/draft-revision-of-china-patent-law-boosts-fines-for-ip-violations).

Clearly, China is determined to remain more relevant to the changing world than ever before. India will obviously have to present foreign investors a prettier face, if it wants to ensure that more foreign investments come its way.

http://www.dnaindia.com/money/report-china-india-steeling-up-the-marketplace-1400885 There’s a whirlwind of confusion within the Indian steel industry.  On the one hand, there is euphoria — demand for iron and steel continues...
And India knows that it, along with China, will decide the fate of global steel markets in the future. On the other hand there is great uncertainty