Home Gems and Jewellery Gold smuggling – I: Turn the spotlight from Kerala to govt policies 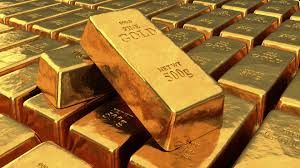 Part II can be found at http://www.asiaconverge.com/2020/10/gold-smuggling-ii-a-cleanup-is-urgently-needed/)

A beneficiary of flawed government policies.

Cut to today.  The spotlight is on the Kerala government for having abetted smuggling in of gold through diplomatic channels. It may be recalled how, on 5 July 2020, 30 kilograms of 24 carat gold (worth around Rs.15 crore) were seized by the customs at Thiruvananthapuram Airport. The gold was found in a diplomatic bag that was meant to be delivered to the UAE Consulate in that city.  Investigations pointed to the involvement of the office of the chief minister of Kerala.

Turn the spotlight once again – this time to Mumbai and Bangalore where the Narcotics Control Bureau (NCB) along with other government agencies have been chasing drug peddlers and merchants.

So, what is the connection?  First, both gold and drugs work on entrapping people believing that this is the way to (financial or hallucinatory) bliss. The big fish entice them to stick to gold (or drugs). In India, the government has encouraged gold smuggling by its flawed policies.

At the retail end, both are paid for in rupees.  But at the bulk level, gold is paid for in dollars.  Drugs are often paid for in gold.   The dollars are made available through the hawala route – hawala is the name for the illegal, but highly effective, channels which launder funds, convert them from one currency to another, leaving few traces behind.

Probe a little deeper, and you will discover that much of the arms smuggling that goes on in turbulent areas of the country are also paid for in gold.  Gold has the unique ability of being small in volume, and large in value.  It has no trace of buyer and seller, and changes hands easily.  If the government wants to curb drug and arms proliferation, it should look at gold a bit more closely. And it will discover that its policies have actually encouraged the illegal trade in gold.

Kerala is, in fact, one of the smallest of players in the gold smuggling game – 30 kg out at least 100 tonnes smuggled into India each year (see chart).  According to informed reports, it involves some top politicians and industrialists as well.

But Kerala is unfortunate in two ways. First, it got caught with its hand in the till. The other players in the smuggling business have managed to ensure that they are not caught. And many of them are much bigger that Kerala’s players, and involve both industrialists and politicians. Second, Kerala is also an opposition ruled state.  At such times, selective pursuit of cases is not uncommon, and the public outcry invariably has elements of politics in it.

Talk to the trade, and it will tell you that gold that is smuggled into India is roughly around 100-200 tonnes each year (see chart).  It could have been significantly lower. But the government decided to impose a 12.5% import duty on gold. Add to that other cesses and GST and the total impost comes to a whopping 16.36%.  Talk to the trade again, and you will find that in 2012, before import duties were raised, smuggling was barely around 8 tonnes. Clearly, the increased import duties had a lot to do with the surge in gold smuggling.

The trade will tell you that any import duty of over 5% actually encourages the smuggling in of gold (http://www.asiaconverge.com/2017/07/duties-taxes-corruption-government-abets-smuggling-gold/).  They put the cost of hawala (laundering of funds) at 3-4%.  Add to that transportation costs and budgeting for losses on account of seizures (2-4%), and the total comes to around 5-8%. Thus, the higher the duty, the greater is the profit margin for the smuggler. The government’s decision to retain a high import duty on gold (at 16.36%) only makes smuggling extremely lucrative.

But can the customs and other enforcement authorities stop this illegal trade in gold? Can they not capture the gold being smuggled in?

That is a laugh.  According to the government’s own statements before the Lok Sabha, in November 2016, the total seizure by the authorities was just under 2.9 tonnes over a period of almost four years (see table).  Thus out of around 610 tonnes of gold estimated to have been smuggled into India during this period, the government could seize just around 3 tonnes.

Consider another detail. In a statement before the Lok Sabha on 3 February 2017 (in reply to the unstarred question No 387), the government stated that the Income Tax Department conducted more than 1,100 searches, seizures and surveys and issued more than 5100 notices, during the period 9th November 2016 to 10th January 2017, for verification of suspicious high value cash deposits in old high denominations. These actions led to seizure of valuables of more than Rs. 610 crore which includes cash of Rs. 513 crore. Rest of the seized valuables is mainly in the form of gold, jewellary and silver. This means that unaccounted gold & jewellery was just Rs.97 crore! Just one tonne of gold (@Rs50,000 per 10 grammes) is worth Rs.500 crore!).

So why penalise Kerala?

As in the apocryphal story, when the government makes smuggling attractive, and allows much of smuggled gold to slip through its fingers, why blame Kerala?  Why does it not reduce the import duty on gold?  That would render smuggling a lot less attractive.

Moreover, an unhappy and terribly worrying part of this encouragement to gold smuggling is that the government has actually financed, for almost seven years, a corridor for the smuggling in of drugs and maybe even arms.

Building a corridor for smuggling costs lots of money.  Gold offers smugglers a very big margin of profit which is used to further strengthen this smuggling corridor.  This corridor requires money laundering agents, identification of corrupt officials who can be kept on a retainership and thus ensuring their commitment to this network.  It requires transportation, That, in turn, creates a demand for pickup and landing agents, and many other intermediaries who pass on the consignment from party to party till it reaches the end consumer.

As this smuggling corridor becomes stronger, other products begin to ride through it.  It services illegal drugs, electronic goods and even arms.  It makes the country vulnerable to violent insurrection. So, while the government may earn some money from the customs duty imposed on gold imports, it ends up spending 10-20 times more to contain the ill effects of drugs and arms. That too not very effectively.

This corridor needs to be starved of a lucrative trade.  And this can be done if the government follows a few steps.  That will be dealt with next week.

This is how government can clean up gold trade and make...