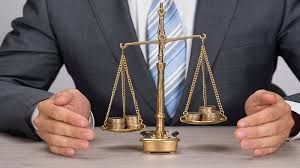 India has a way with words to disguise its lack of intention.  In its attempt to justify its judicial delays it has even come up with an answer to the famous quote of William E. Gladstone, who said that ‘Justice delayed, is justice denied’. The Indian counter is ‘Justice hurried is justice buried’.

In that one distortion, one thing becomes clear. India — as an administrative body comprising the legislature, the judiciary, and the executive – has scant respect for the need to deliver justice speedily.  It uses glib phrases, facetious ways, to make legal even the most illegal of acts (http://www.asiaconverge.com/2021/03/jjudicial-and-the-extra-judicial-will-there-be-a-face-off/).

In fact, speed does not mean a distortion of justice.  The word justice is embedded with the need for a speedy redressal of disputes.  In most cases, delays only benefit the culprit, and weaken the victim further.

That can explain the huge backlog of cases in India which has been comprehensively put together by the Foundation for Democratic Reforms (see chart). As the chart states, there are 37 million cases pending in trial courts.  Some of them date back to 30 years.   Almost 42% are those which have been pending for over three years but under 20 years.

The simplest way to ensure that cases get delayed is to reduce the vacancies in judicial appointments at every level as has been pointed out in an earlier article (http://www.asiaconverge.com/2021/02/judiciarys-fabric-frayed-thanks-primarily-government/).  Had the shortage of judges and judicial officers been only for one specific category, it could have been dismissed as an error, or oversight.

But when almost all the 13-15 categories have 25-40% of their sanctioned posts vacant year after year, government after government, there appears to be a deliberate approach to have fewer judges to deal with the overhang of cases. Worse, as the same article pointed out, the number of sanctioned posts too is almost one-fifth of what it ought to be when compared to global norms.

Thus, you have a judicial setup where cases get resolved by barely one tenth of the judges required.  That they still manage to clear many cases is a tribute to their willingness to put in long hours, and devise ways to reducing the pendency numbers. This does affect the quality of judicial oversight.  But given the limitations, they are doing a splendid job.

Yet, it is not an easy battle. Look at the next chart. The total number of cases cleared is usually lower than new cases registered.  So, the backlog keeps increasing.  And the victims of injustice are compelled to keep waiting.

So, what is the way out?  The Foundation for Democratic Reforms (https://www.fdrindia.org/)  points to an excellent way out by invoking practices prevalent in the UK.

It points out how Justices of Peace (JPs) actually take away much of the caseload from UK’s courts.  These magistrates account for 83% of the total strength of the judiciary and clear a whopping 99.8% of the cases in the country.

This author was pleasantly surprised with an incident in the UK. He was promptly refunded the entire disputed amount by a shopkeeper (an Indian) when he just told him that the matter would be taken up with the local courts specialising in tourist complaints.

These courts are also magistrate courts which are mandated to resolve disputes within 24 hours.  The idea is that since tourists cannot wait, and since the UK depends heavily on tourism, such cases must be resolved quickly – and they are usually in favour of the tourists who are often gypped.  That alone has reduced the incidents of cheating and enhanced tourist confidence as well.

Another variant of such courts in the UK are small causes courts involving disputes over amounts of under 10,000 GBP.  Almost 60% of the cases go to the small claims track – most settled within a week. The ones that cannot be settled quickly go to trial within a time bound structure of 37 weeks. Bigger amounts of GBP 10,000 to 25,000 go to a fast-track courts and are normally ready for trail within 60 weeks.  Such cases account for almost one-third of total cases.

Can’t India create similar courts – with similar time-lines – so that dispensation of justice can be faster and more efficacious?

Ask experts, and they will tell you that this is possible, if only there is political will.

They point to the Gram Nyayalaya Act of 2008 (https://www.indiacode.nic.in/bitstream/123456789/2060/1/200904.pdf).  It was supposed to make provision for local courts in every block in rural areas.  The magistrates would be an integral part of the independent judiciary, and under the administrative control of High Courts relevant to the region. The judges were to be appointed by the state government concerned, but in consultation with the High Courts.  The salaries and other allowance payable, and other terms and conditions of service would be on par with those applicable to the Judicial Magistrate First Class.

The Act provided for appeal, thus ensuring corrective steps in case of any miscarriage of justice.

But the Act failed to make a difference for several reasons.  When the Act was passed, it was aimed at establishing five thousand village courts or nyayalayas across the country. Even that expectation was a subdued one, considering India has over six lakh villages. However, even these subdued expectations could not be met.  As of 2020 only 395 Gram Nyayalayas have been notified, and of which only 221 are operational.

But why did this happen?  The reasons are many.

First the Act was not binding on state governments – the formation of the gram nyayalayas was not mandatory.  Hence many states ignored it.

Second, many people forgot that most villages have a mechanism of settling disputes with the Panchayat.  Only those which could not be settled with the Panchayat, or those where the aggrieved party felt that the Panchayat’s rulings were biased needed to opt for court adjudication.  Such cases were few and far between.  The need for such nyayalayas was more urgently required in urban areas, where the density of populations was almost suffocating, and where petty crimes and disputes are on the rise.

Say spokespersons for the Foundation for Democratic reforms there was an urgent need to extend the scope of the Gram Nyayalaya Act to urban centres as well. They say that the country needed at least one local court per 50,000-100,000 population based on caseload.   That such courts should be mandatorily set up (in both rural and urban areas) within a three-year period.  India, they say needs at least 15,000 such courts operational soon.  Even this number is inadequate, they add, considering that the UK has 14,348 local criminal courts or JPs which comes to one JP for under 4,700 people (a copy of the FDR presentation can be downloaded from 2021-02_Speedy Justice in Trial Courts – by FDR).

Challenges to be met

As mentioned earlier as well, the biggest challenge is to ensure that the existing vacancies for judicial posts are filled up quickly urgently.  This may require India’s apex court being more proactive with the government than it has been all along.  Also bring in measures to weed out judges to draft bad judgements, or are morally culpable.

There needs to be a rethink on the rigid and formal procedures that intimidates common folk.  Can approaching the courts be made more people friendly, considering that most of the disputes are from people who are poor or from the middle class, and they urgently need the courts to restore to them the few benefits they have or ought to have.

Both the legislatures and the judges need to reduce the delays in registering FIRs and filing charge sheets.

The courts should have the power of reprimanding and penalising officers who do not file such documents in time.  Similarly, a police station that ignores the listing of witnesses or files a charge sheet very sloppily should also get penalised.  Most victims lose out because the investigation authorities have either not filed the charge sheet in time or have done such a shoddy job of it (either by design, which is collusion, or incompetence, both of which could invite dismissal and other penalties).

Crucially required is a process which allows common people to file complaints and even initiate action against bureaucrats who stall the release of certificates, documents, and clearances that they are required to give.  Likewise, citizens should be allowed to initiate action against policemen who refuse to file FIRs, r authorities who delay the filing of proper charge sheets. Remove the protection they enjoy.

Similarly, the investigation authorities should be told that the entire charge sheet should have just one (a maximum of two) page summary listing out the contents in the voluminous  10,000-page submission.  Lengthy submissions which ramble on is another cause for inordinate delays.

Lawyers will have to be told – as is done with adjudication cases, that all their submissions should be made with a fixed period, irrespective of adjournments, failing which both the lawyer and the client earn negative points, including not being heard. Unless that is done, the temptation to ask for more adjournments will burden courts and fatten the purses of lawyers. The hapless victim – especially if he is from a poor or middle-class family – is weakened further.

Penalise witnesses who change their story or turn hostile with the charge of perjury.  That usually happens when cases go on for too long.  Delays allow authorities to persuade witnesses to change their testimony, to claim amnesia, to create or erase evidence.  To reduce perjury and witness and evidence tampering, speed is of immense significance.

All these measures would automatically bring down the cost of litigation both in terms of time and money.  True, this will cause the number of cases to swell, because people who were scared to come to courts will now feel confident about seeking dispute resolution.  But the good part is that this will reduce the role of extra-judicial methods for settling disputes.  It will clean up criminality in politics as well.

After 75 years of independence, it is a shame that India cannot offer its people the promise of speedy effective judicial redressal.  The longer this situation lasts, the more will India slip towards promoting mafia type operations, where the slumlord becomes the best provider of justice.

If the government believes in a Swambhiman Bharat (a proud India), please begin with speedy effective justice first.  Without justice, all other touted values will corrode and crumble.