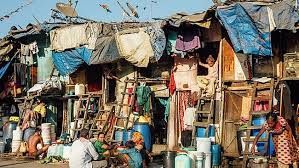 Great scheme for politicians and graft-seekers

Anyone who has seen pictures of the large-scale deaths in slums caused in the Bhopal gas tragedy (https://www.indiatoday.in/india/photo/bhopal-gas-tragedy-in-pics-363786-2010-06-08) knows what an irresponsible approach towards human settlements can do.  On the night of December 2-3, 1984, the toxic gas, methyl isocyanate (MIC) escaped from the Union Carbide plant in Bhopal.  Around 500,000 people were affected by that gas. Government sources put the death toll at 15,000, but local reports indicate that the total death toll could be double that number.  Many of the affected continue to suffer from respiratory and other ailments even 45 years since then.

There were two sets of criminals. One was a set of people who did not maintain the MIC storage facilities well enough.  The second comprised legislators, law enforcement authorities, and bureaucrats who looked the other way, while hutments were allowed to be set up in the buffer zone that the company and the government were to keep around the factory.  The politicians wanted voters in that area, the executive looked the other way, and even actively colluded in ensuring that the squatters were not driven away. The company too was complicit in its silence.

Eventually, nobody was punished.  Like always, the government mouthed the usual chant: “the guilty will not go unpunished”.  But company officials were let off the hook.  More seriously, not a single bureaucrat or legislator was put behind the bars for allowing the formation of slums around the plant. 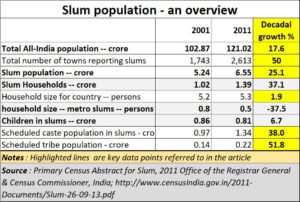 Unfortunately, few lessons appear to have been learnt since then.  Even today, slums are allowed to come up around hazardous plants. Mumbai is a classic example where the government itself is building slum redevelopment shelters near petrochemical complexes and next to gas pipelines.

This state has the ignominy of being the biggest promoter of slums in India.  But then, almost all major cities in India have slums, except possibly for Chandigarh and Jamshedpur (and to some extent even the Navi Mumbai under Cidco and NOIDA near Delhi).  These have administrations which are not swayed by politicians.

The politician connect is crucial because they want slums and therefore promote them.

The reason behind the politicians’ desire for slums is that this way they could create vote banks in specific territories.  These vote banks were likely to remain loyal to them for some time. The slum 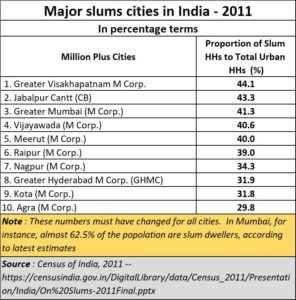 dwellers depend on the politician to protect them while they are still regarded as squatters (the politician keeps the police and other musclemen at bay). It is the politician who decides in collusion with the real estate developer the type of free flat the slumdwellers will get. It is the politician again which gives his go-ahead with a wink and a nod to allow slum-households to split into many more households.  Each household gets a free flat, besides other benefits like 200 units of subsidised electricity supply, rations, gas cylinders and a lot more.  In big slums across India, the average size of household has got reduced to a laughable 0.5 persons.  This means that each person in the slum belongs to two households!

That number explains several things about slums in India.  It explains why households grew at 37% while the slum population itself grew at 25%. The latter was itself higher than the national population growth of 17% over the decade (2001 to 2011),

It also explains how, slums get ten times more benefits than should have gone to this sector.  At 0.5 persons per household, against the norm of 5, you get ten times more households.  Hence a ten-fold higher drain on the state’s coffers, which eventually must be reimbursed by honest hardworking taxpayers.

In some ways, the abysmal, subhuman conditions of slums also compelled slum dwellers to send their children back to their villages to grow up.  That explains why the growth of children is lower than population growth. These children would grow up in healthier environs.  But they too will return to the cities when they turn 18,

to begin the same story of land-grab, slum-lord protection, free allocation of residential flats in the same areas where the slums existed, and other benefits that are meant to ensure that his vote which would go to the slumlord protector.

One by one, laws were tweaked to benefit land grab. They also benefitted privileged persons who had taken on long lease some of the prime areas in Mumbai and other cities.  Mumbai continued to promote the Rent Control Act. That alone had several consequences.  First, it allowed the privileged – even public sector companies – to continue to retain properties in some of the poshest areas in Mumbai and elsewhere at a pittance of a rent.

In turn, that killed the market for rental housing and affordable housing (https://asiaconverge.com/2017/11/mumbai-rentals-are-a-sign-of-sickness-not-health/) here workers could find dwelling.  Few flat owners would risk giving their flats on rent, lest the occupant then begins to claim protection under the Rent Control Act which depressed rents payable and took away the right of the landlord to evict the tenant.

That in turn killed revenues municipalities could have got from property tax.  Obviously, no property owner would agree to pay taxes that were higher than the rents he received.  That gave rise to a peculiar situation in cites where the not-so-well-off sectors paid higher taxes for the maintenance of the city than the affluent sectors.  This was even though the money allocated for servicing the affluent sectors was several times higher on a per capital basis than that meant for the not-so-affluent sectors.  It paved the way for the most abominable exploitation of privilege, affordable housing, and human values.

That in turn gave birth to more real estate developers, because now more people would have to buy their residences instead of taking them on rent.  Real estate prices rose.  With rising real estate prices on the one hand, and the absence of reasonable rental opportunities, workers were compelled to seek out shelter in unauthorized spaces.

What compounded this issue was the sheer inability or unwillingness of the legislative class to bring in laws requiring all employers to ensure that residences for the working class could be developed – either for ownership, or for rental – at reasonable rates. The state became a participant in the loot that the real estate developers saw

by increasing the development fee for acquiring additional floor space (FSI) for building more flats, and even delaying clearances till graft money changed hands.  At least 30% of the surge in the cost of flats was on account of multiple clearances (including graft payments) being required (https://asiaconverge.com/2015/11/affordable-homes-homing-in-on-plain-truths/).

The rise of slums

The unwillingness to create a policy for the working class of people – house-helps, self-employed people like electricians and plumbers, and vendors – and the non-availability of affordable rental housing, left the working class with no other option but to dwell in open spaces.  Initially it was within the compounds of mills, or buildings.  Later they became clusters on government land.

It wasn’t long that politicians and the land-grab-mafia saw huge opportunities in exploiting this situation.  Politicians from outsides the cities saw an opportunity of getting elected from city areas by creating vote banks.  There is this incredible instance of squatters building shelters on land that was to be used by JNPT.  The security forces wanted to drive them out, but the police prevented them from doing so.  Matters reached a flashpoint compelling the chief minister to intervene.  The chairman of JNPT was eased out of his job.

The tweaking of laws began (see chart). Earlier, voting rights of individuals could be transferred from their village residences to cities only if they could provide proof that they paid property taxes (directly to the state or indirectly through official rents). Gradually, the minimum threshold limit for the taxes began being reduced.  Today it is no longer required. That allowed land grabbers to claim voting rights.  The election commission kept silent.  It was obviously in collusion with the politicians, but it was disguised as a recognition of human rights of slumdwellers.

Then came the decision of ending these eyesores of slums by setting up a slum redevelopment authority (SRA).  Slum dwellers were to be given flats.  In Maharashtra, as the Bombay High Court recently observed, flats were given free of cost to slumdwellers. Worse, it was granted in situ (in the very place where the slum originally existed). The cut-off date for recognizing beneficiaries of such free flats kept getting extended from time to time.  Many slum dwellers took their ‘free’ flats, sold them under power-of-attorney to others. They then went back and created new slums.  As the courts said, it had begun to seem that hat all lands were now being treated as the personal property of  the law enforcement authorities (https://indianexpress.com/article/cities/mumbai/seems-like-maharashtras-land-is-paternal-property-of-executive-bombay-hc-7392325/),  More multi storeyed shelters began coming up in slums (see photograph), some in plain sight of arterial roads and even railway stations. The law did not matter anymore as long as you had a protector politician.

In Mumbai, the pressure to appease slum dwellers as vote banks had become so intense that legislators were even lobbying for freeing recipients of free flats from paying all property taxes in perpetuity. Fortunately, saner counsels have prevailed, and the move has been shelved for now. Since the slums are located in some of the plushest areas of each city, the benefit of no property tax would have been a bonanza to those who had managed to purchase the flats from slum dwellers. Most of these new owners were people in municipal corporations, or worked with state government departments, or were close to the authorities. Currently, even the restriction on sale of such ‘free’ flats has been dispensed with in Maharashtra.

The consequence is that slums have erupted everywhere. They are located on the top of storm drains (a slab of concrete is put across the drain to build dwellings, and the untreated excreta and waste is allowed to fall into the drain below). They have come up near lakes (which are water reservoirs for cities), on the coasts (which are no development zones or NDZs). They can be found in areas marked as forests, or parks (also NDZ areas). The lucrative possibility of crating captive vote banks, and yet receiving ill-gotten money from entitlements has made this exercise almost unstoppable.

Today, they provide the perfect petri-dish for incubating viruses and allowing them to mutate (https://asiaconverge.com/2021/08/slums-1-big-danger-ahead-pandemic-and-possibly-mass-extermination/).   That also explains the emergence of the Delta and Delta Plus varieties of the virus.

Consequently, both the politician and the very nation are at grave risk.

Unless, of course, the courts and the Election Commission step in. That will be discussed in the next article.

http://www.freepressjournal.in/analysis/pending-cases-and-political-criminality/694252 Pending cases - how the mafia gains legitimacy There is one question most social scientists have been grappling with for ages – what is the...