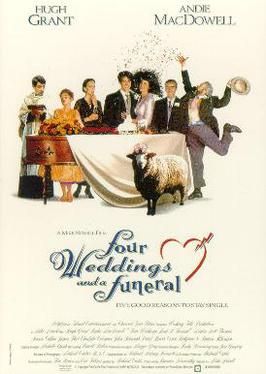 ­­Global stockmarkets, riding on dollops of liquidity from QE programmes, are riding high. Looking forward, there are a few blessings for Indian stockmarkets, plus some factors which could trigger a funereal collapse.

Lets see the bad news first. Of the factors that warn caution 2 emanate from America and 2 from China.

American Risk factors: The US Federal reserve, at its meeting on Wednesday, decided it would start to taper its buying before the end of 2021, but would start raising interest rates only from next year. In order to inject liquidity, the Fed has been buying US Treasury bills, and mortgage backed securities, amounting to $ 120 b. each month. (It is a part of this liquidity that finds its way into stockmarkets, amongst other things). The Fed has decided that economic conditions now warrant a tapering off of this purchase. It is not that it would cease buying in one go, but over time. With this loss of demand for T Bills ($ 80b. out of the $120 b), prices will fall and hence yields will rise. When debt yields rise, the debt market (which is globally larger than equity markets), becomes a tad more attractive. Higher yields also make fresh borrowing more expensive for an already over leveraged Government. This poses one risk to the stock market rally.

Another American risk factor is the debt ceiling, which will be hit in October. The Treasury Secretary, Janet Yellen, has been yelling about the dangers of Congress not being able to raise the ceiling in time, which would result in the world’s largest economy going into default. Should that happen, something smelly will hit the fan, and all markets would be badly hit. It is unthinkable, and the consensus is that Congressmen will raise the ceiling at the penultimate hour.

Yet given the political divide, it is not certain. Besides, there are some who feel (rightly so) that there must be pressure on the Fed and the Government, to rein in debt. They feel that if the sewage system of a house is broken, and the shit comes pouring in, the homeowner should clear the muck, not raise the ceiling! So a failure to raise the debt ceiling, although less likely, is a risk factor.

Chinese Risk factors: There are several, but the two important ones are Evergrande and Taiwan.

Evergrande, the largest real estate firm in China with assets amounting to 2% of China’s GDP, is overleveraged. Evergrande has debt liabilities of $ 310 b. and a market cap of $ 4 b. It is going to default, and the Chinese Government is not going to rescue it. So how does that impact China?

China’s local Governments have 5 layers, the province, the prefecture, the county, the township and the village. Each local Government is responsible for its region. The main source of revenue for the local Government is by leasing land. The leases are for 70 years, at the end of which period, home owners are expected to leave, as the buildings then belong to the local Government. Income from leasing the land constitutes about 40% of  its revenue. So the collapse of the real estate market will lead to a collapse of 40% of its revenue source. Signs are already visible, as in one county there was only 1 bidder for a single plot offered on lease. The Chinese Government, in an effort to rein in the real estate sector, which had over built, recently laid down 3 red lines, placing limits on borrowing by the companies.

So the Evergrande collapse, though it may not be quite a Lehman moment which led to the 2008 crisis, would still be a major jolt to banks, and to the credit market. It constitues a big risk.

But the biggest risk is of a miscalculation by China that it can invade Taiwan. There are two reasons for doing this, (besides the desire to reunite Taiwan with the mainland). One is to divert attention from the mess an Evergrande collapsse will create. But more importantly, to get control over TSMC, Taiwan’s semiconductor manufacturing company, and so ensure  a supply of computer chips. Chips are required for all industries, but most importantly in military equipment. Electronic warfare, which provides the edge, can’t work without chips.

A misadventure by China poses the biggest risk to stockmarkets. Logically it should not happen, but wars are quite often triggered by the knee rather than the brain.

The Good news for India: The start-up eco system in India is silently working a miracle. See how this is described by Mohandas Pai, ex CFO of Infosys in this video. The recent successful IPO of the first start up, food delivery service Zomato, proves this, the market cap doubled from $8 b. within 3 days of listing!

Last week, business software firm Freshworks, providing Software as  a Service (SAAS) made a successful  IPO on Nasdaq, and valued at $ 12 b.

These startups are not only providing jobs and creating value but also going to disrupt several businesses.

Simultaneously, India is also building its physical infrastructure. A new Delhi-Mumbai expressway will, by 2023, cut travel time by half. Freight trains running in a corridor dedicated to carrying freight and not having to halt for a passenger train, will run faster, and reduce logistics cost which, at some 14% in India is higher than US/China, which are around 5/6%. The FDI coming in, aided by the PLI (production linked incentive) scheme, and propelled by unease of overdependency on China, is also rising.

Groups like Reliance and Adani are making huge forays into renewable energy and green hydrogen and these will phase out carbon emitting coal.

So, provided none of the ‘funeral’ factors bring markets crashing down, the ‘blessing’ factors would propel stockmarket growth. Amen.

The wolf warrior diplomacy practised by China is not helping it to be portrayed as a global leader and other countries are forming alliances to counter it. The latest one is AUKUS, an acronym for Australia, UK and US. The key component of this is for the US to give Australia the technology to run submarines using nuclear fuel. These will be built by UK and paid for by Australia. This has upset France, which was kept out, but more because it lost a deal when it was supplying conventional subs to Australia. France is more likely to give technology, and help build, nuclear powered subs to India. The advantage of these subs is the ability to remain under water, undetected, for longer, without needing to surface for fuel replenishment.

India should, of course, focus on areas where it is perceived to be weak. Unacceptable judicial delays. Crony capitalistic lending. Continuing loan defaults, and a bankruptcy code that has been unforunately twisted, are some of them.