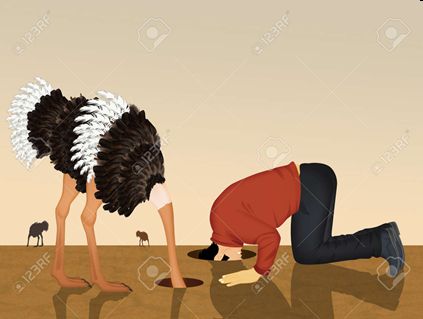 Pollution in India’s capital, New Delhi, is terrible, with AQI, Air Quality Index 2.5 readings hitting hazardous levels in several parts of Delhi. Whilst the media, and bureaucracy, pins the blame for it on firecrackers during the just concluded festival of Diwali, it is a small part of the problem. The main reason, which the polity desires to downplay, is the burning of the stubble, and the straw, in the  neighbouring states of Haryana and Uttar Pradesh. Farmers burn rubble each year, at this time, it being the cheapest way to clear their land for the next crop.

Not burning the stubble, but allowing it to rot, creates methane, which is more dangerous to the environment than the CO2 generated by burning it.

It’s not a new problem, but an annual occurrence. People have thought of solutions, some mentioned below, but our bureaucrats and politicians aren’t receptive to new ideas, but would rather bury their heads in the sand, a la ostriches, and blame firecrackers. They don’t want to tackle the farm lobby, for electoral reasons.

Since these ostriches don’t get fired, or extinct, the problems continue.

A YouTube video in Jan 2020 talks about a Thai entrepreneur, Ms Jaruwan  Khammuang, who pays a small amount to farmers for the rice straw, which is converted into pulp, in a factory which provides employment, post harvesting. The pulp is then exported to, guess where?, yes, India, to convert it into biodegradable packaging material! Why doesn’t our Government do this?

The good news is that private entrepreneurs are taking the initiative, like Kriya Labs, an IIT Delhi incubated startup, which is wanting to convert rice straw into packaging, but whose patent is apparently pending. Why are such entrepreneurs not being encouraged. Imagine the cost of medical care to 25 m. residents of Delhi that could be saved?

Or take the problem of availability of drinking water. On June 19, 2019, Chennai officially declared Day Zero, the day all four of its reservoirs ran out of drinking water. Chennai set up its first desalination plant in 2003 and now has four, but not enough to meet its entire requirement for drinking water. Israel has enough desalinated water to meet its entire requirements, as per Scientific American and the new plant, at Sorek, produces it at a third of the cost in 1990. With its huge coastline, India can do more. If it does not behave like an ostrich.

Israel provided another out-of-the-box solution for another problem, which has not been adopted by our ostrich bureaucracy. That is in the area of crowd control. We use water cannons or rubber bullets which, at times, can be fatal, leading to further protests. Israel developed Skunk, a malodorant, non-lethal method of crowd control, using a liquid infused in the water fired from the cannon. This results in a foul, lingering smell so offensive that the crowd would rather disperse than be drenched in it. Surely an inexpensive, easy way to disperse crowds, one that ought to be adopted by our bureaucracy, once its head is removed from the sand.

Despite bureaucratic insouciance, judicial lethargy and investigative indifference, India plows ahead. Swiss investment bank UBS, which just a month ago, opined that India’s market was too expensively priced, giving it an ‘underweight’ rating,  and China’s provided better value, giving it a double upgrade, now says, in its Nov 10, 2021 report “India’s Economic Perspectives”, that India will remain one of the fastest growing Emerging Markets in FY 2023E. Mark Mobius, former Chairman of Templeton Emerging Markets, is betting on a 50 year rally in India, as China slows.

China is slowing for several reasons. President Xi, it is believed, instructed coal producers to curtail production, in order, so it seems, to portray a commitment to the environment, at the COP26 forum, which he ultimately did not attend. The curtailment raised coal prices (remember Australian coal imports were banned, in a knee jerk reaction to the call of its PM for a probe into the Wuhan virus), and the higher prices made power companies restrict production of electricity, since they weren’t allowed to increase power tariffs. Production in the manufacturing sector was lowered (adding to supply chain bottlenecks and, likely, crying American kids deprived of their Christmas toys made in China). This has reduced China’s GDP growth and trade surplus.

Simultaneously, it’s realty sector, accounting for 29% of China’s GDP, is strained, after the ‘three red lines’ mandate restricted bank financing for new projects. Evergrande, which is its #2 real estate developer, just managed to make interest payment on its overseas bonds, and avoid default. This issue will spill over into the provinces, a bulk of whose revenues come from auctioning of lease rights, when they are up for renewal. Unless the crisis is solved, revenues from such auctions would be hit.

India, meanwhile, has pledged to be net zero by 2070, and seems to be on its way to achieving it. The two richest Indians, Ambani and Adani, have committed to green energy, and are making huge investments to help achieve this target.

Meanwhile, USA added 531,000 jobs in October, better than expected. On the flip side, though, US consumer price inflation in October was, at 6.2%, at a 30 year high. That makes a hike in interest rates unthinkable.

The Sensex closed the week at 60,686, slightly up over the week.

It seems like money will keep flowing into the Indian stock market, both from domestic investors, disenchanted by the paltry returns on bank fixed deposits, and, having tasted the success of equity investing, largely through SIP, are addicted, like a tiger having tasted blood, to it, as well as from  foreign investors. China has a lot of issues, including consistency of policy (global investors detest abrupt policy changes) and so does USA, with rising inflation.

Now let’s hope the ostriches lift their heads and start reviewing different ideas, accepting a few sensible ones. That would give us cheer for their non extinction!

Why does India not use international debt markets more aggressively?

MARKET PERSPECTIVE y J Mulraj Mar 28 – Apr 4, 2021 Their worth is their bond! ­­­­It is perplexing that India is not using the opportunities provided by...