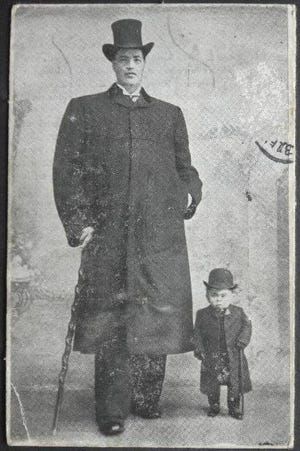 Why does it take policy makers so long to reach sensible conclusions?

Abba Eban, an Israeli politician, said ‘Men and nations behave wisely when they have exhausted all other resources’. So true.

In a bid to ramp up domestic electronic manufacturing 4 times, to $ 300 b, by 2025-26, the Government is planning changes in its PLI scheme (Production Linked Incentive) and in labour laws to facilitate foreign direct investment in the sector. Listening to the issues raised by potential investors, it is proposing to make these changes. Chief amongst the issues was the fact that large workforces, ranging from 40k- 100k, are needed.

For some strange reason, current Indian laws do not allow such large workforces to be housed on campus, which saves on commute time. It is a deterrence to investment, to make logistical arrangements, both ways, for them to come to work and return, daily. So the Government, based on  a report by MeitY and ICEA, are planning changes in labour laws, if needed, to allow for this.

The good news is that the Government has heeded the feedback it received, and is doing something about it.

But the question is, why does it take so long for the polity, guided by the bureaucracy, to reach a sensible decision?

And if we review the myopia of past policy decision, we cannot but conclude that they have cumulatively resulted in stunting India’s economic growth 7 decades. India’s economy would have been the gentleman on the left, in the above illustration, instead of on the right!

India first imposed the licence-permit raj under which any manufacturer was forced to get permission from the Government to set up manufacturing capacity for any product. This stunted manufacturing growth. For example, today India’s cement capacity is 500 m. tonnes/a, compared to 1.2 b. tonnes/a in China. In 2020 China produced 1 b. tonnes of steel, which was 10 times India’s 100 m.  This myopic licence-permit raaj which benefitted no one (except those who issued the licences), ended in July 1991, when India was in economic distress and had to pledge its gold.

Besides licencing, our laws also stunted industry by making capital needlessly expensive, through another foolish law, the Controller of Capital Issues (CCI). Under this, any company going public had to price their shares based on past track record of performance, and not on the expected future. An antediluvian formula was used to compute the issue price, based on past 3 or 5 years profit after tax compounded at an arbitrarily decided rate of return. Shares were thus issued at far lower prices than what the issuer ought to have got, making the producer unhappy (but the investor happy).

To appreciate the insane folly of such a law, just think of the largest equity IPO in India last year, viz. One 97 Communications (PayTM). Now that CCI has been scrapped in 1992 a past financial profit track record is not necessary. So One 97 succeeded not  only in tapping the market but in raising $ 2.5b (Rs 18,300 crores). Had the CCI existed, this would not have been allowed. So, for 45 years of its existence, CCI has stunted the growth of the Indian corporate sector!

Air India, launched by the Tatas,  was nationalised in 1953, not because it was making losses (on the contrary it was a very well run, and reputed, airline which made India proud) but because of whims. It has, last week, been returned to the Tatas, under a privatisaion scheme. During the 74 years under Government management, Air India rang up huge losses and lost the reputation of good service the Tatas had brought in.

Thankfully, the assets (planes) of Air India can now no longer be seized by Devas Multimedia as a Government asset, to enforce an international arbitration award in its favour. It is now privately owned.

There are several other laws remaining which need a review. Rent control is one of them. Introduced as a temporary measure to facilitate housing of British troops during WW-II, it continues to remain, for lack of political will to correct it. The vote bank of tenants is far larger than the vote bank of owners. A possible easy solution is to correct the divergence of the current market based rent (which is easily determined) and the frozen rent, over a period of, say 5 years, hiking the current rent by 20% of the difference, each year. And to make Rent Act inoperative for all future agreements (thus not hurting any existing interests, while also releasing a lot of unused properties to the rental market).

Let’s hope that policy decisions continue to be based on common sense and that the cobwebs of past laws, which are far too many, are swept away. That would help India achieve a $ 5 trillion economy much faster.

China did this 10 years ahead of India, and is now 6 times the economic size of India. Deng Xiaoping had famously said ‘It matters not if the cat is white or black so long as it catches mice’ to switch from socialist to capitalist policies.

If only the Indian polity at the time had also pulled its head out of the sand and made a similar common sense decision. Instead, we were probably debating whether to use a cat or a dog or a goat to catch the mice!

The two main concerns for investors now are the situation in Ukraine and the almost certain raise in interest rates in March by the US Fed, perhaps more than the 0.25% expected. Fed Chairman, Jerome Powell, has hinted at a more aggressive hike.

The Ukraine situation may not, hopefully, escalate into military conflict. No country has an appetite for war. Only news channels and the military-industrial-complex do. China has, apparently, asked Putin to hold off, until their winter Olympics get over, Feb 20. Russia is asking the US to live up to the promise Ronald Regan made to Gorbachev, when East Germany was unified with West Germany, that NATO would not expand eastwards. It has.

There is far too much interdependence for any side to enter into a conflict. Russia depends on the European market for sale of its natural gas, and Europe on Russia to supply it to help heat it in winter, and power it throughout. Russia and US have to re-engage in talks to control intermediate range nuclear missiles, after  Trump foolishly tore up the agreement. They also need to talk about measures to counter climate change. Russia, whose natural gas is a large component of its GDP, is seeking to ensure the maximum use of it before Europe de-carbonises its economies by, say 2050-60. Hence the flurry over Ukraine.

Having said that, if diplomacy does not succeed in assuaging Russian concerns, the situation can escalate in Feb/Mar, at a time when US Fed will escalate its war on inflation by raising interest rates sharply. And, with the Olypics behind it, China may be tempted to escalate its reuniting with Taiwan campaign.

So, investors should beware the ides of March.