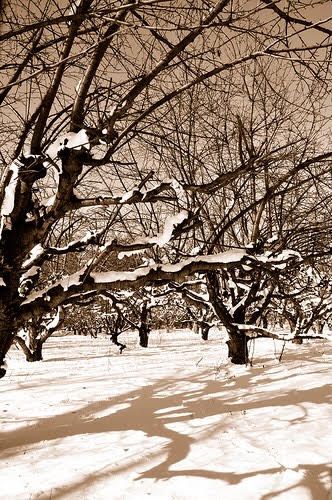 Is there a sane voice left in the global polity?

The main geopolitical events last week was the unprecedented grant of a third Presidential term to Xi Jinping of China, followed, the next day, by the appointment of Rishi Sunak as Prime Minister of UK. These will be followed by mid term elections in USA, for Congress and Senate. And, of course, the senseless and avoidable war by Russia in Ukraine continues to have its horrendous impact. Let’s go through the kaleidoscope of geopolitical events and how they could impact the market.

The CCP (Chinese Communist Party) appointed Xi as President for a third term, never done before, and he could remain so for life. The congress was marred, on its penultimate day, by a humiliating removal of Xi’s predecessor as President, Hu Jintao, from the venue, for unknown reasons. It was an unedifying spectacle which only served to assert Xi’s use of naked power, and his removal of any perceived opposition. After his re-election, Xi did not include his erstwhile #2, Premier Li Keqiang, who supported market oriented reforms, and perceiving him to be a part of the Hu faction.

The 7 member Politburo standing committee he has appointed consists entirely of his supporters. Not even Mao Zedong, at the peak of his power, ever had a standing committee entirely supportive of him (See around 7:15) This is a dangerous portent. It means that there would be no opposition to his policies were he, eg, to seek to invade Taiwan. In his opening speech to the 20th Congress, Xi stated, again, his intention to reunify with Taiwan, peacefully if possible, but did not rule out the use of force.

Such an invasion has become more urgent as Biden imposed stricter restrictions on semiconductor development in China, including further export restrictions and a choice for employees to either quit jobs in Chinese semiconductor firms or lose their US citizenship. China has manufacturing facilities for low end chips, used, eg, in IoT devices, but is not well equipped for medium end chips (used, eg, in automobiles and made in Thailand and Malaysia) or high end ones (used in smart phones, satellites, modern weaponry, designed largely in US and made in Taiwan and Korea).

In an interdependent world, China can counter this by denying, eg, supply of rare earth elements, of which it is a dominant producer. Or by cancelling, as it’s done, a huge order of 54 billion semiconductor chips from the US underlining interdependency. (This is an excellent opportunity for India to step in, providing its large market in exchange for installation of an American fab and a chip design centre).

Or, it could push up the timetable for using force to take over Taiwan, a black swan event that would lead to a stock market crash. Who needs yet another war? Sri Lanka’s Dhanuka Dickwella argues here  that such an attempt  could be imminent because all countries are preoccupied sorting their own messes.

Among the other pointer’s to his thinking, Xi spoke on a more closed Chinese economy, relying less on external trade. The Chinese economy has its own set of problems. It’s realty sector, which accounted for about 31% of its GDP, has imploded and leading firms like Evergrande are over leveraged and in default. Home buyers, miffed by perpetual delays in delivery of their apartment, have stopped mortgage payments, triggering a banking crisis. Provincial, or state, Governments, have seen a significant shrinking of revenue from auction of land rights. The strict Covid lockdown policy of Xi has hit manufacturing, thus GDP growth, and trade surplus.

All this, especially a chip shortage, may prompt Xi towards a Taiwanese misadventure, with nary a dissenting voice.  For, who would like to be a Hu?

The US is coping with shortage of petrol, with average gas price of $ 3.8/gallon. Worse, there’s a shortage of diesel, with stocks for only 25 days of consumption. This would hit the trucking industry (and thus Amazon, Walmart, and all industries) and the food industry, hugely dependent on fossil fuels for cropping (tractors and harvesters), grain storage (forklifts), conversion of grain into food, transporting it to outlets. Water levels at some rivers like Mississippi are too low for barge transport, and if trucking is also hit, there would be a thousand crises.

The US is also grappling with inflation, and the Fed is raising interest rates to fight it, which will lead to a recession. Rising interest rates will lead to a housing crisis, as demand is impacted by rising financing costs. The next meeting is on Nov 1 and 2, and a hike of 0.75% is expected. On a Government debt of $ 31 trillion, this adds $ 232 b to interest costs, so to fiscal deficit. This is 16.9% of its 2022 fiscal deficit.

The attention of policy makers will be diverted, till early November, on mid term elections, and on economic issues, which may tempt China to undertake a Taiwanese misadventure.

A group of ‘progressives’ led by Pamela Jayapal, had petitioned the US Government to hold talks for a negotiated settlement with Russia for an end to the Ukraine conflict. But the glimmer of hope that common sense was not dead yet, was quickly extinguished. The petition was withdrawn, under pressure. There is considerable war fatigue all round, but all sides have hardened their positions. their positions won’t be yielded due to ego, and, yes, bloodlust. Ukraine is reportedly running short of weapons. Will Europe, struggling with its dilemma to either heat or eat, be able to find the will or the resources to keep supplying Ukraine? Will USA do so? If the Republicans capture Congress, as is expected, chances that military aid continues to Ukraine will be low.

The EU has blotched its energy transition from fossil fuels to renewable sources badly. It was heavily dependent on Russian oil and gas, which it got via pipeline, at a cheap cost. Just how dependent it was on Russian oil and gas for its economic success is now being discovered, as its industries start shutting down, and rising home heating costs impose a heat or eat choice on citizens.

Being so dependent on Russian fossil fuels, the EU was downright foolish to pick a fight with Russia, and Germany was insane to refuse permission to start Nord Stream 2 pipeline. After Germany shot itself in the foot thus, it’s economy is limping along. So bizarre has the situation become that it is dismantling a wind farm (renewable energy) in order to expand its Garzweiler lignite coal farm! .

With EU, under pressure of US sanctions, refusing to buy Russian oil/gas via pipelines (both Nord Stream pipelines were mysteriously blown up, to the delight of USA whose revenue from sale of gas to an energy starved Europe has shot up. Meanwhile the world’s largest, German headquartered company, BASF, is shutting down unviable operations in Germany, and moving to Asia. Very likely, to China! .

In UK, now under a more seasoned and sober politician, Rishi Sunak, who will try to steady the boat badly rocked by his predecessor, Liz Truss. UK, too, is badly hit by an energy crisis, and high energy bills are driving small businesses to bankruptcy and citizens to penury.

These geopolitical events are leading up to a bleak and dreary winter. There are no calls for a peaceful settlement of the Ukraine war. Alarmingly, Putin is warning of a false flag tactical nuclear strike launched by Ukraine but made to look like a combined Russian-Belarusian (see around 7:55).

Then there is the possibility of an attempt by Xi, with no dissenting voice after his complete domination of the 7 member Standing Committee of the Politburo, to seIze Taiwan militarily, and achieve his long stated aim to reunify with it.

Both these events are fraught with civilizational dangers. The EU, shorn of energy, is de-industrialising. An expected shortage of wheat can lead to severe famine in Africa.

Looking to the babel of disparate sounds coming from world leaders, the only sliver of hope is for divine intervention. Get light, and pray.

Indian stock markets at a crossroad

INVESTMENT PERSPECTIVE By J Mulraj Nov 14-20, 2021 Is a short term correction due? India’s long term growth story is good, especially if the Government continues to continue...