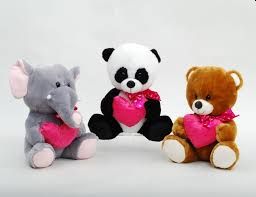 The future of Asia lies with Russia, China and India and with Germany

Unlike India, which has 9.56% of its surface area covered with water, China has just 2.8%. This did not matter in the past. China’s land mass is so huge that, despite its larger population, it has one-sixth the density of people per km compared with India.
But water consumption increases exponentially with industrialization. Power plants, chemical factories, mining, steel and urban sanitation require huge quantities of water. Hence, China’s water needs have increased dramatically.
Also See Vital Stats (Graphic)
That could be one reason why annexing Tibet was crucial to China’s plans. It now controls 1,700km of the Yarlung Zangbo river, the Tibetan part of the Brahmaputra. The remaining 2,900km of the river winds into India through Arunachal Pradesh, and then, through Bangladesh. That, say experts, could be one more reason behind China eyeing parts of Arunachal Pradesh.
Also Read R.N. Bhaskar’s earlier columns
More worrisome is the fact that China has already completed feasibility studies for a major hydropower dam at the Tsongpo gorge to generate at least 40,000MW a year, more than twice the output of Three Gorges hydroelectric project. Construction is expected to start this year and the residual waters are expected to be diverted to China’s lands. It would starve India and Bangladesh of their share of the river’s waters.
Moreover, with Left parties winning Nepal’s elections, and China’s proposal last week for no-visa travel between Nepal and China, there are fears that the waters which flow into the Ganga (primarily Kosi), too, may get diverted, because many of India’s northern rivers begin in Nepal. That could parch northern India.
At risk will be India’s agriculture and hydroelectric dams on these rivers. It could revive the saying that the next wars will be fought for water, not land.
*************
China’s other moves are in mining and oil
The past decade has seen China buying stakes in overseas mines and oil companies. These efforts were stepped up last year. In February, Zhou Zhongshu, president of China Minmetals Corp.(MMC), the country’s largest metal trader, had said that MMC would “pursue the overseas mergers and acquisitions route” for growth.
China has acquired interests in several countries in Africa and Latin America. It has offered $19.5 billion (Rs10,120.5 crore) to acquire global miner Rio Tinto Group.
For China, such takeovers present three benefits. First, it secures natural resources for the future, and the best time to buy is when assets are priced cheap. Second, it manages to disperse some of its large reserves of US treasury bills worth at least $2 trillion. But the third advantage is more interesting. Each acquisition has resulted in China sending out huge numbers of its citizens to create mini-townships in those countries. By doing this, it employs its semi-skilled people—a useful outlet at times when almost 20 million have lost jobs because of the economic downturn.
In many countries it has even begun building, as friendship offers, highways and ports at its own cost. But these gifts have strategic advantages; they will become useful to China for shipping out minerals. In Nepal, the friendship bridge linking Nepal and China could even facilitate army movements.
It is the same logic which once compelled the British to build roads and railways in India.
************
Will Russia, Germany, India improve ties?
Not everybody is fond of the Chinese. Japan’s tensions with China are legendary, compelling it to look for alternative bases of production in Vietnam and India. Russia dreads the thought of Chinese settlers—even for petty trade—along its borders.
In fact, Russia could soon begin looking more warmly towards India because it urgently needs people to exploit its resources. It has vast tracts of land—twice as much as China, and rich with minerals and water—but few of its own people.
Russia is tipped to become the world’s largest oil and gold producer, not to mention many other minerals. But it has pathetically few people to exploit them. To get manpower, it has to look to either India or China, as these countries will remain manpower suppliers to the entire world. But with the Chinese not exactly welcome, India wins by default.
Germany, too, has a high density of population, little water, and has forged excellent commercial ties with Russia, starting with its gas pipeline from Russia. It also wants projects in Russia. India, unlike China, does not have large financial resources, or abundant project implementation experience. This could effectively make India join hands with Germany and collaborate to help out Russia if the commercial terms and third-party guarantees can be worked out.
Russia is not comfortable with either the UK or the US; hence Germany and France could be excellent partners in the future. That could open the door for Germany, the powerhouse of the European Union, to help Russia become even more prosperous and powerful.
Experts on geopolitics see a interesting relationship developing between these countries. It is worth recalling that, unlike many other oil-producing countries that splurged in the past five years, Russia quietly and systematically increased government control over oil resources and paid off Gorbachev-era debts. It even built up a cushion of almost $550 billion and a sovereign fund of $120 billion. Some of this cash disappeared with the meltdown, but exploitation of its resources with help from Germany, and with India’s labour, could easily help it rebuild its economic resources.
For India, it could be a big relief, even as West Asia is repatriating Indian workers due to the economic slowdown. Watch out for more German and Russian deals with Indian project managers. Maybe these alliances will allow Russia and India to checkmate China.
Will India wake up to these realities before it’s too late? Time will tell.
Graphics by Sandeep Bhatnagar / Mint

https://www.firstpost.com/business/onion-farmers-distress-verghese-kuriens-formula-of-giving-farmers-50-of-market-price-of-harvest-can-help-5662201.html/amp?__twitter_impression=true How to protect onion farmers from distress prices RN Bhaskar -- December 3, 2018 Social media is rife with the story of a farmer who got...