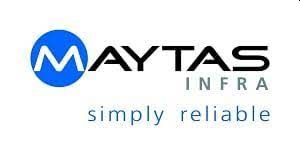 Maytas may soon be taken over by IL&FS

True, this does sound far-fetched.  After all, the Company Law Board has already decided, on February  27 this year, not to allow IL&FS (Infrastructure Leasing & Financial Services Ltd) even a board representation.  It said that there was an inherent conflict of interest in IL&FS being both a significant shareholder in the company and a significant creditor as well. It was also a competitor as it sought to promote projects in which it held an equity stake.

But the situation could get more complicated.  Take the facts:

*On 11 February, newspapers talk of a  high-level meeting between senior officials of the state government and of Andhra Pradesh and IL&FS officials that took place on Tuesday, 10 February 2009. These reports mention that IL&FS wanted to work out a solution for Maytas Infra as it was the leader of a consortium of around 19 banks and financial institutions that had collectively lent Maytas Infra Rs 5,000 crore and had partnered others in several major Maytas projects including the Hyderabad Metro.

*On 26 February, the CLB reserved its orders on a petition by the government of India requesting that the Maytas Inra board of directors be superseded.  Instead, the CLB stated that it would not allow IL&FS, which owns a 37 per cent stake in Maytas Infra, to get a seat on the board because it is a competitor. The CLB decided to to appoint four independent directors instead, and left it to these directors to decide the fate of Maytas Infra.

*On 27 March, IL&FS Financial Services Limited informed The Securities & Exchange Board of India (SEBI) that it had increased its holding in Maytas Infra by 4.89% (because moneys borrowed against these pledged shares could not be repaid) thus bringing its holding in this company to 14.5%.

Since SEBI demands that any company which acquires more than 20% of the share capital of a listed company must make a public offer to the general shareholding public, it is obvious that IL&FS will have to make a public offer and buy back the shares of Maytas Infra.  After accounting for the increase of 4.89%, it does appear that IL&FS and other companies acting in concert with it collectively control 42% of the equity share capital of Maytas Infra without making a public offer to other shareholders of the company. An email query to IL&FS asking it why it should not be subject to SEBI’s takeover norms elicited no response.

SEBI too refused to reply to an emailed query sent to it four days ago.  The same is the case with the Reserve Bank of India (RBI) as well, which refused to state whether the loans of Rs.5,000 crore to Maytas meant that IL&FS was acting as a lending bank or a non-banking financial services (NBFC) company and hence had to be under the purview of the RBI.  In any case, the fact that IL&FS has publicly declared its plans of owning funds of around US$20 billion by 2010 (it currently manages funds of around US$2 billion) does indicate that it is a very large player in India’s financial markets, which does require this company to come under the regulatory control of the government.

The silence of both RBI and SEBI also indicate that IL&FS has continued to operate in several grey areas. They span activities where IL&FS acts as a trustee for lenders and for public issue of shares and debentures.  IL&FS is also an active investor in the markets.  It also advises state governments on which party to partner with for setting up infrastructure.  And finally, it also owns several infrastrucre projects, the most notable being the Noida Toll Bridge Company Limited, which is one of the biggest beneficiaries of a changed government toll policy which hurts taxpayers but benefits infrastructure developers and toll road concessionaires. Significantly, many of these fund based activities continue to go upsupervised by either the RBI or SEBI, and the general public and no way of learning about them except by accident as in the Maytas Infra hearings before the CLB.

As far as Maytas Infra goes, it is quite likely that IL&FS will adopt one of two strategies.  First, it will continue with  its creeping acquisition of Maytas Infra’s shares till it owns over 50% of its share capital, and then take charge of the company by voting in its own directors at the next AGM.  Alternatively, it will go in for a public offer, as required by SEBI’s Takeover Code.  Either way, it looks like IL&FS could become the next owner of Maytas Infra.

One wonders how the CLB will react to this development.

Many ‘firsts’, many more scandals

This Amul hoarding summed it up.  This is because the Satyam-Maytas episode has created several odd procedural twists that defy common sense, and even faith in the legal process adopted:

* This is the first time that the promoter and chairman of a group of well known companies voluntarily confesses to fudging annual reports. Yet, the assets acquired through diverted funds remain unattached, and out of public scrutiny.  No details about eight other Maytas companies are available, nor of the landbanks which could only have been possible through political patronage or partnership.

* This is the first time that SEBI has had to approach the Supreme Court for permission to interrogate the promoters of these companies, as the Andhra Pradesh police prevents them from carrying out its duties.  No police officer is reprimanded for preventing a public officer from carrying out his duties.

* This is the first time the CBI takes three months to conclude that financial fraud had actually taken place, notwithstanding the confession from the promoters, the Satyam board being superseded, and the auditors coming under scrutiny.  Strangely, the CBI submits this conclusion in a 17,000 page document which will take any investigator at least six months to peruse.  So much for dilatory tactics.

* This is the first time that an arrest warrant is issued against an independent director (Nimesh Kampani) for being on a board of an unrelated company (Nagarjuna Finance) for defaulting on repayment of deposits collected, when the defaults took place after the director resigned in 1999.  This too has happened in the same state in which the police prevented SEBI’s officials from interrogating the promoters of Satyam and Maytas. This will further deter professionals from being independent directors of any company.

* This is the first time that the future ownership of Satyam is being decided not by the newly appointed board of directors, but by the government.

* This is the first time that a company is being sold without any knowledge about its true state of financial affairs (its accounts are yet to be restated), and without its liabilities from class action suits in the US remaining largely un-ascertained. More significantly, nobody is talking about punitive actions that might be taken by SEC for submitting fudged figures to the US government, which has harsher deterrents for criminals than does the government of India.  The fact that Tech-Mahindra decided to pick up Satyam’s ownership notwithstanding these uncertainties is quite worrisome.

The Satyam-Maytas episode is indeed a ‘Sharam’ and a ‘Scandalam’.

India in the 1980s: The lull that shaped the storm