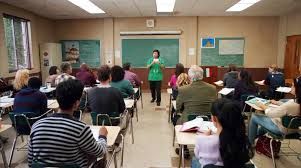 Some people are aghast at the government’s decision to hike education fees for the IITs.

Ask them to look at the fees that foreign universities charge. It is then that you begin to realise how myopic some of India’s policymakers in education can be.

Then consider the number of student leaving India for higher education. No precise figures are available. Even the Reserve Bank of India (RBI) hasn’t come up with these numbers. This is despite the fact that the RBI insists on the reason for any remittance of foreign exchange overseas. Education is one category that it looks at.

But in a little-reviewed document placed before the government in 2005 (see table), the magnitude of this problem begins to come into focus.

According to this document, almost 120,000 students from India made their way to some of the leading centres of education in the world for higher education. Do bear in mind that this was in 2004-05. The number could be significantly larger today.

Who pays for the teachers? But take this number itself. Each of these students spends around 40 lakh to Rs 80 lakh a year for tuitions (approximately Rs 20 lakh) and for boarding and lodging. And this does not take into account the amounts spent on holidaying or entertainment. We are assuming that all these students spend only on education and on stay, at the very minimum of levels.

Even then, the foreign exchange outgo on account of higher education alone would have come to a staggering Rs 48,124.8 crore each year! This is almost half of the total money spent on all IITs in 2002-03 (see chart sourced from Committee on IITs appointed by the HRD ministry). It will also be prudent to bear in mind that the number given above does not include students going to other countries. Some students go to Germany, and some to Russia. In Ukraine alone there are around 30,000 students studying during any year. China has upped its Indian student intake to around 10,000 a year. Then there is Singapore, the rest of the EU, the Middle-east, the African continent. Take all of them together, and it is easy to assume that a sum of Rs 80,000 crore goes out of India each year to finance higher education.

Is that good or is that bad? Depends on the perspective. If you are a student, desirous of getting good education, and which you cannot get in India because there are very few seats (or the rates extortionately high), you would consider this a good move. The universities overseas would, obviously, consider this a good move, as it would encourage a “freedom of choice” for aspiring students.

But look at it from an economic perspective. For every student who goes overseas, India is financing the payment of teachers and of infrastructure there. That money could have created more jobs and more facilities in India. This country has thus encouraged the formation of jobs overseas, and has failed to do that in India. And yet you have a government which claims that it wants to increase employment opportunities.

This is done in two ways. First, by not opening enough centres of excellence. The usual excuse is that the funds for doing this aren’t adequate. The second, insidious, method is to encourage the closure of key departments, so that private universities can then rake in the money. This has happened with post graduate studies in medicine in Maharashtra, and there is no reason to believe that this is not happening elsewhere as well.

The result is that a good student, desirous of having good education, prefers to go overseas. Ukraine charges fees of around Rs 15 lakh a year for a medical course. China charges even less – Rs 12.5 lakh for the entire five-year course. Both countries teach in English, and invite the best teachers in the world. Compare this with the Rs 50 lakh to Rs 1 crore donation that people must pay to get a singe child admitted to a private medical college.

Obviously, students would prefer going overseas, because of the government’s own inability to allow high quality higher education to flourish within India.

If this is not bad enough, there are many who want the Indian government to let foreign universities set up bases in India as well. That would, obviously, lead to a calamity. You cannot allow a domestic university – with limits on fees, on payment to teachers, and curbs on capital spending – to compete with foreign universities who have a free hand on all the three accounting heads.

So what would a sensible government do? Banning foreign education is no answer. It would worsen the problem.

• Allow students to go overseas. But at the same time work towards weaning them away towards Indian instituters. This can be done by providing them better facilities, and better teachers within India itself. Start cleansing the rot of extortion and sleaze in private medical and engineering colleges.

• Build capacity for excellent higher education in India. Allow them to charge higher fees, but only if they can ensure that the students perform well at each qualifying examination. The penalty for not achieving academic excellence should not be derecognition. Such a move hurts students more than it does unscrupulous managements. The penalty should be that the institute itself is taken away from the errant management and given to another management which has excellent in imparting education and maintaining good standards.

• Put into place a uniform filter which ensures that the meritorious students get admission first at the prescribed fee levels. This will prevent managements from charging capitation fees – though they should be allowed to charge higher tuition fees. Many private managements don’t like doing this. Private medical colleges have resisted this for over 15 years. Just last month the Supreme Court ordered that the common entrance test would be applicable to private medical colleges as well. Unfortunately, many medical colleges are owned by politicians. Several sting operations have shown how they collect ‘donations’in exchange for admission. What is worse is that many such institutions do not have good teachers or even equipment. Yet, few educational institutions have been taken over and transferred to better managements.

• Stop diluting the IIT brand by opening more IIT campuses under the same brand. An educational institution is not just many more classrooms. If that were the case, Harvard would have opened 10,000 Harvard clones across the world. Education is a matter of culture and organic growth; of a chemistry between students, teachers and the university administration. If you want more good engineering colleges, grade them as was being done earlier, into NITs (National Institutes of Technologies), RECs (Regional Engineering Colleges) and the like. Calling all of them IITs will damage the reputation of IITs and hurt India’s academic excellence.

• Allow premier educational institutions the autonomy they deserve. Do not fall prey to the temptation of having directors or teachers who follow a certain ideology. And remember, if you want teachers to be respected, do not allow hooligans to get violent with teachers or principals of colleges.

This is the second segment in a three-part series.

Part three: IIT fee hike: To fix the institutes, it’s essential to focus on the foundation

A modified version of this article appeared at https://www.moneycontrol.com/news/business/budget-2020-fm-sitharaman-proposes-doubling-milk-processing-capacity-by-2025-but-is-it-feasible-4933011.html Budget2020 - Milk Processing: The government’s arithmetic concerning udders should give you the shudders RN Bhaskar – 11...