Home Analysis Demonetisation: If govt gets Rs 6 lakh cr windfall, what will it... 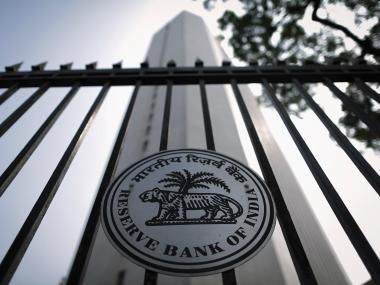 Demonetisation: New assets and liabilities for the government

The markets are abuzz with rumours that the Reserve Bank of India might soon announce an interest rate cut on the one hand, and that tax rates too could be expected to fall.

The first is a distinct possibility. This is because the banks are likely to be flush with deposits. They have already collected some Rs 5.45 lakh crore by way of incremental deposits – post demonetisation.

This figure could go up to Rs 9 lakh crore. Reduce from this the money that the banks will have to set aside as provisions for statutory liquidity ratios and deposits with government securities, and the banks could still be left with a net incremental deposit of Rs 6 lakh crore.

Thus money available for lending will be much more than before. So interest rates are bound to fall. Some banks have already reduced their interest rates marginally. A further reduction could not be ruled out.

The problem, however, will be to find good borrowers. None of the banks want to get into situations where non-performing assets (NPAs) swell. Hence caution will see the money being lent out only to parties that had already enjoyed decent access to funds. Medium and small scale enterprises might not get the benefit of such funds. Ditto for small self-employed individuals who trade in commodities (they sell items like bread, eggs and the like and garner cash on a day-to-day-basis).

This will mean two things. The shrinkage of funds in the markets will make things difficult for small traders, and even drive them out of business. They can survive only if customers have cash. But with large amounts of cash (approximately Rs 3 lakh crore) not being returned to banks, and hence being rendered useless, money supply is bound to shrink. This money is used to lubricate the businesses of hotels, bars, taxi drivers and petty workers.

Expect the people employed in these sectors to be out of job for some time.
That could reduce purchasing power, causing the total amount of goods (and services) sold to shrink. That reduced consumption will mean less service tax and excise duty collections for the central exchequer. If tax receipts begin to shrink, expect the finance ministry to become more hawkish on tax collections. Hence tax cuts may not come in that easily.

And where will the government use some of the money it will get? After all, it will have access to the financial reserves that the banks will set aside. That will give the government around Rs 3 lakh crore of funds. Add to this the profit that the Reserve Bank of India is likely to show by cancelling out the Rs 3 lakh crore that may not get deposited to banks. The RBI’s profits will most probably get transferred to the government as dividends. Thus the government may end up with a Rs 6 lakh crore surge in spending power.

Most people expect this money to be used as the government’s contribution towards infrastructure building. Remember, foreign funds may want a matching contribution from India. This is where the additional money will be immensely useful.

After all, the key focus of the government will also be to increase employment, to compensate for the loss of jobs demonetisation is bound to cause. That is where spending on infrastructure and related service areas (transport, tourism) will become high priority sectors for the government.

So while the collection of money looks rosy, the pressures on the government to provide for more employment will prevent it from enjoying the fruits of such monetary collections.