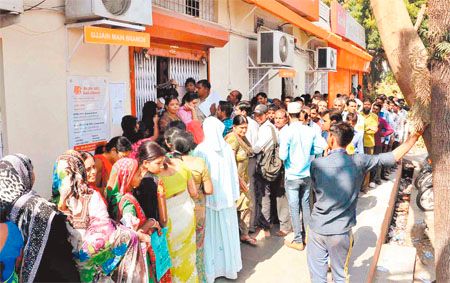 The die has been cast.  Currency notes of Rs.500 and Rs.1,000 denominations have been rendered illegal sinnce the midnight of 8 November, 2016. The government carefully avoided the term “demonetisation” because that would require the stamp of parliamentary approval. But demonetisation it was, nonetheless. Nothing less.

Overnight the markets got a seizure (http://www.asiaconverge.com/2016/11/willdemonetisation-work/).  Initially, there was panic.  Then the government introduced newer measures to ease the discomfort experienced by thousands of millions of people. But big arguments have begun.  Some favour demonetisation.  Some are on the warpath against it.

Prime minister Modi was persuasive enough to win over the hearts of most people.  They do not mind the discomfort so long as the government is seen moving against corruption.

There are other encouraging signs as well. Bank deposits are expected to swell by Rs. 9 lakh crore (Rs.9 trillion).  Of this, the government will be able to use at least Rs.3.15 lakh crore.  This will be on account on income tax on some deposits, and also through the statutory deposits that banks must make with the RBI and through investment in specified government bonds and bills.

Remember, that even while growing at 7%, India’s GDP growth has been described as a joblesss growth primarily because it had failed to create jobs (http://www.asiaconverge.com/2016/11/where-will-the-jobs-come-from/). With growth rates shrinking, expect more jobs to be lost.  After all, at least Rs.3-5 lakh crore will be sucked out from circulation because it cannot be accounted for and hence may not get deposited with banks. Unfortunately, the sectors most affected are also employment intensive industries – textiles, transport, construction and gems and jewellery.

The only way the government can mitigate this crisis is by opening all stops to let in foreign capital. But capital will come in only if it is guaranteed investment protection through international arbitration without recourse to Indian courts. This is where the government has been dragging its feet.  Look at the way payments to Devas, Daiichi and DoCoMo have been delayed (http://www.asiaconverge.com/2016/08/arbitration-awards-india-shaken/).

If the government does not guarantee investment protection expeditiously, expect the pain of joblessness to ferment into a terrible discontent.  Wealth disparity will add to the chagrin.  Barely 1% of the population owns as much as 53% of assets in India; 10% of the population controls as much as 85%.  This disparity is bound to create havoc if new jobs are not created quickly.

To achieve this, the government must embark on rapid (even enforced) digitisation. That prevents easy transfer of slush money into laundering or terrorism.

Ideally, the government must do three things.

First, it must immediately make mandatory digital payment of all utility bills – this includes bills for petrol, diesel and kerosene, as well as for train and air-tickets. The payments can be made through credit/debit cards, mobile phones, or through PayTM-like wallets.  This is because the government controls utilities through licensing.  Thus, its control over utilities is greater than its control over say vegetable vendors.  Moreover, such payments are not optional either. Put this into practice for at least six months, before extending compulsory digital payment to other segments – state by stage.

Simultaneously, the government must immediately enable all toll nakas to debit amounts directly through prepaid wallets as is being done in countries like Singapore for decades. This must be without exception.  Even VIP cars will need to have this debit wallet.  This will allow the government to know how many government approved vehicles go through toll nakas and for how many times during a day/week.  Since government debits are reimbursible, such payments won’t make a difference to the government.  But the electronic trail will put an end to the VIP culture of impudently going through toll nakas.  It will put all people at the same level. It will also lead to better compliance, accountability and ease of travel.

Six months after these two systems are in place, expand digital payments to all forms of transactions, by imposing a cash tax of 5% on all cash notified transactions.  Begin with the mandis, to ensure that agriculture is not allowed to become a laundromat (http://www.asiaconverge.com/2016/07/indias-biggest-laundromat-agriculture/).  Tax on cash will thus be a reversal of the retrograde policy introduced by former finance minister P Chidambaram, who wanted to put a tax on all cr5edit card payments. It will propel businesses to move towards digital payments.

Most important, bring back people’s faith in the government and hence its currency.  But more on that next week. 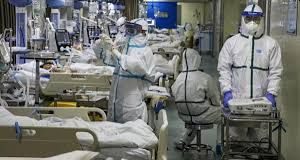 https://www.freepressjournal.in/analysis/healthcare-and-medical-education-blighted-vision Healthcare and medical education mismanaged and misunderstood by the government RN Bhaskar – June 4, 2020 The government has finally been stirred and shaken by the...