Is it the business of the government to manage religion?

Should governments manage religion? Ask any common man this question – in India or even overseas – and the general consensus would be an unambiguous “No!”

The question assumes enormous significance in the face of growing reports about the government’s collusion in promoting Gurmeet Singh and other entrepreneur godmen.  Should a government promote godmen (http://www.firstpost.com/india/state-created-vacuum-of-real-spiritual-leaders-helped-flourish-self-styled-gurus-like-gurmeet-ram-rahim-4015111.html)?

It also raises another question: should a government be allowed to throttle mainstream Hinduism, yet promote entrepreneur godmen who romp around in the Hindu diaspora.

But what appears to make sense to most people appears alien to India’s legislators. Their collective wisdom has allowed many Hindu temple trusts to be nationalised through the backdoor. There is little spirituality at play here.  What drives this is the desire to control power, and money. Using variants of the much abused Hindu Religious Charitable and Endowment (HR&CE) Act   the government directly or through state governments has allowed temple trusts to be governed by a government-appointed administrator (http://www.asiaconverge.com/2017/09/entrepreneur-godmen-flourish-as-hindu-temple-trusts-nationalised/). The ways in which the government diverts funds from temple trusts is given towards the end of this article.

SC to the rescue

Finally, it was the Supreme Court which had to tell the government that it had no business managing the affairs of temples (http://www.asiaconverge.com/2016/04/courting-god-the-supreme-court-attempts-to-rescue-indias-temples/).  This was possible only because of the sheer tenacity of the trustees of the Chidambaram (Natraja) group which supported the petition of the Chidambaram temple trusts to challenge an attempted takeover by the state government of Tamil Nadu.

On 6 January 2014, the Supreme Court through a two-member bench ordered the Tamil Nadu government to desist from any attempt to take over the Chitambaram Trusts (http://judis.nic.in/supremecourt/imgs1.aspx?filename=41133) .

The Supreme Court ruled that Article 26 of the Constitution confers certain fundamental rights upon the citizens which can neither be taken away nor abridged. The Court made this observation while deliberating over the case against the Tamil Nadu (TN) government, which wanted to take over the management of the Chidambaram (Nataraja) temple.

This order is extremely significant. It could reopen other temple cases as well. And coming on the heels of an equally significant judgement that privacy is a fundamental right, the pronouncements made in the January 2014 judgement become all the more relevant. After all, ever since Independence, state governments, with a wink and a nod from the Centre, have coveted the power and the wealth that temple trusts have enjoyed.

What the apex court stated was simple — “Even if the management of a temple is taken over to remedy the evil, the management must be handed over to the person concerned immediately after the evil stands remedied. Continuation thereafter would tantamount to usurpation of their proprietary rights or violation of the fundamental rights guaranteed by the Constitution in favour of the persons deprived. Therefore, taking over of the management in such circumstances must be for a limited period… Supercession of rights of administration cannot be of a permanent enduring nature.”

The State backs down

“The Government after careful consideration and examination, decide as follows and passed orders accordingly:

In fact, some of the worst recorded abuses of the HR&CE Act can be traced to the state of Tamil Nadu. Much of it has come to light thanks to the efforts of people like T.R.Ramesh. He is a banking professional and a research scholar of law  relating to Hindu Religious Institutions. He is also the President of the Temple Worshippers Society in Chennai.

Ramesh points out how the government has caused losses of at least Rs.6,000 crore each year to the temples in that state (http://www.esamskriti.com/e/National-Affairs/For-The-Followers-Of-Dharma/Supreme-Court-Judgment-In-Chidambaram-Temple-Case-~-What-Next-1.aspx).  To understand how this is done, see the box item (URL – Box item given below). If all temples that have been ‘nationalised’ are taken into account, the ‘diversion’could amount to at least ten times that amount annually.

The Chidambaram verdict has given a fresh lease of life to similar petitions filed by other temple trusts.  For instance, there is the writ petition filed before the Supreme Court of India in 2012 by Pujya Swami Dayananda Saraswati and two other Acharyas of the  Hindu Dharma Acharya Sabha, challenging many of the provisions of the  Andhra Pradesh, Tamil Nadu and Pondicherry Hindu Endowments and  Religious Institutions Acts as unconstitutional. It was slated for final hearing in July 2016.  But the matter was not heard and has got deferred. As |Ramesh says, many more “interested and affected parties are expected to implead in this Writ  Petition. It is high time Hindus take up the defence of their  fundamental religious rights in the Apex Court and get the dictum  pronounced in the Chidambaram Temple Judgment declared as law.”

It is only a matter of time before individuals will take up the matter before the high court of Mumbai to ‘liberate’ Siddhi Vinayak and Shirdi temple trusts from politicians and their administrators.  The Supreme Court’s verdict is quite clear – there can be no permanent takeover of temples and/or their trusts. If there is a problem, it can temporarily take charge with a termination date, and for the specific purpose of remedying an issue.  Vague, open-ended, in-perpetuity takeovers of temples, religious trusts or even religion is just not done.

And what, pray, is Hinduism?

In fact one of the most meaningful definitions of Hinduism also comes from the Supreme Court itself when it remarked: “Hinduism, as a religion, incorporates all forms of belief without mandating the selection or elimination of any one single belief. It is a religion that has no single founder; no single scripture and no single set of teachings. It has been described as Sanatan Dharma, namely, eternal faith, as it is the collective wisdom and inspiration of the centuries that Hinduism seeks to preach and propagate.”

This was recorded in their judgement by Justices Ranjan Gogoi and NV Ramana, Supreme Court judgement (Writ Petition (Civil) No 354 of 2006 of 16 December 2015.

The government has no role to play in this.

How do governments defraud temples of their money? Modus operandi

Tamil Nadu’s government has sought to control 36,425 temples, 56 mutts or religious orders (and 47 temples belonging to mutts), 1,721 specific endowments and 189 trusts. It has misused temple property, promoted politically expedient programmes using temple funds, and emasculated the mainstream religion in that state and even the country. Together, these have resulted in a diversion of around Rs.6,000 crores annually in just this one state.

The words below have been excerpted from T.R.Ramesh’s notes which can be found at http://www.esamskriti.com/e/National-Affairs/For-The-Followers-Of-Dharma/Supreme-Court-Judgment-In-Chidambaram-Temple-Case-~-What-Next-1.aspx .  Ramesh is a banking professional and a research scholar of law  relating to Hindu Religious Institutions. He is also the President of  the Temple Worshippers Society in Chennai.

Once  taken over, such Hindu Institutions would be quickly converted as  extensions of the Government Department of Hindu Religious Endowments  and permanently remain under the control of the Government. The  temple staff including priests would play second fiddle to the deity  and would primarily be made to wait on the ignoramus but pompous  political goons and on the arrogant and corrupt Babus.

To  begin with, Government would appropriate one-sixth of the gross  income of the temple as “administrative” fees. Another 2/5th of  the gross income would be spent on staff salaries (But Archakas who  do the poojas would be paid no salaries or peanuts as salaries). Thus  56% of the temple’s gross revenue straightway goes for  administration expenses. In large temples like Pazhani Temple, less  than 2% of the temple income is utilised for poojas and rituals.

Volunteers  and devotees of the temples would be chased away, so that more people  can be appointed as “staff” by the Government. Such appointments  are ‘Capital Gains’ for the party in power and for the Babus.

Funds  would be then diverted from temples having good and reasonable  revenues to the Commissioner’s Common Good Fund, the Chief  Minister’s Annadhanam Scheme, Chief Minister’s free wedding  schemes, etc. which have nothing to do with the respective temples’  tenets and ordained charities but are designed to serve vote-bank  politics.

Ghosalas  and Veda Patasalas and Agama Patasalas attached to the temples would  be systematically closed. Funds from specific endowments would be  diverted for other purposes.

Government  would appoint its Babus as “Fit Persons” instead of Trustees and  Trust Boards and thus Temples would become fully under its control.

Government  Officials’ greed in awarding contracts would result in  indiscriminate “renovations” of temples. Polished tiles and slabs  would be laid instead of ancient granite flooring. Ancient mandaps would be demolished. Incongruous cement monstrosities would take avatars as new mandaps.  Ancient Inscriptions would be either sand-blasted or uprooted.  Irreplaceable paintings would be painted-over by charlatans. Icons  and sculptures would be “damaged” so that they can be replaced  and the originals smuggled out.

There  will be no external audit for the temple expenses. There will no  audit at all for renovation and consecration expenses.

Audit  objections piled up from 1982 to 2010 for Tamil Nadu temples totalled  a massive 7,39,000 objections. Most of the officials against whom  such audit objections are pending are long retired and many of them  even dead.

There  will be systematic alienation and encroachment of immovable  properties of the Hindu temples and their endowments.   Between 1986  and 2005 Tamil Nadu temples simply ‘lost’ 47,000 acres of land.  Currently more than 10 million square feet of valuable sites  belonging to Hindu Temples in Tamil Nadu are under encroachment.

Srirangam  Ranganathaswamy Temple, which is the favourite worshipping place of  the Chief Minister of Tamil Nadu, has a performance record 0.5%  collection of the due income. That is, 99.5% of the rentals are  uncollected.zz

Less  than 2% of the due income of the temples is realised by the  Tamil Nadu HR & CE Department from Hindu temple and endowment  properties. Tamil Nadu Hindus suffer a loss of Rs.5000 to 6000 crores  annually due to this. 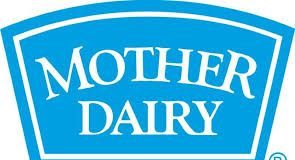 Milkmen in north cry, Mother Dairy laughs all the way to...