Home Policy Watch The centre of gravity of billionaires could shift 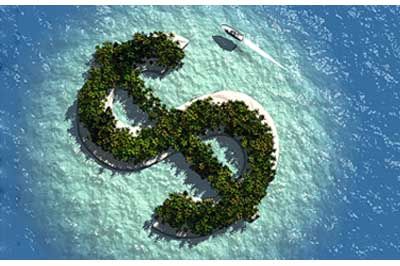 Billionaires get a fillip in Asia

In India there is a saying that if the first generation creates wealth, the second tries to build on it, but the third, invariably squanders it.  In Italy, there is a similar saying “from the stable to the stars and back again”. In Scotland it is “the father buys, the son builds, the grandchild sells, and his son begs.”.

Each of these aphorisms points to the ephemeral nature of wealth.  It rarely stays in one place. Unless it is nurtured and preserved carefully it has a tendency to flee to other places and people. That is why a paper brought out by UBS and PWC on Billionaires makes for very interesting reading.

Look at the chart alongside. Global wealth generation took off in 1995, then slipped because of the dotcom bubble.  It recovered and began a frenetic pace upwards till its flight was interrupted savagely by the global financial crisis. Thereafter, it began climbing again, though 2015 saw it dip once again.

Watch the second chart.  The sectors that are still growing are only two – health services and technology (though technically speaking, technology neither grew, nor shrank). All other sectors witnessed declines. Materials and industrials witnessed the sharpest declines of over 10%.

Clearly, there appears to be a disruption ahead, which may make traditional forms of making money almost irrelevant (though one can never be sure).  Hydrocarbons appear to be on their way out (replaced by clean fuel, especially solar). Commodities could see a diminished demand, as composites and new compounds begin to replace conventional metals. These are sectors that remain a big question mark.

Another curious development is the gradual decline of many countries that made their wealth through colonisation.  Portugal, France, UK, Spain, are likely to see their wealth under pressure, as living on other people’s money becomes more and more difficult. For believers in the Karmic cycle, these declines could be almost prophetic.  They even see inertia bogging down the US which made much of its initial wealth through oil, slavery and lately through weaponry. Maybe, wealth backs morality as well.

Whatever be the reason, the slowdown was much in evidence.  As the report points out, it looks back 20 years, surveying 1,300 people in 14 markets. These markets account for 75% of global billionaire wealth and compiled a comprehensive database on the world’s billionaire population.

Interestingly, over these 20 years, female billionaires outpaced their male peers, with their ranks and wealth growing at faster rates. In Asia, where this growth is most impressive, over half of the female billionaire population is self-made, well ahead of their US and European counterparts.

Over the last two decades, global GDP has almost tripled from $30 trillion to over $77 trillion points out the report. But the wealth of billionaires increased almost eightfold, from $0.7 trillion in 1995 to $5.4 trillion in 2014.  Sadly, instead of smoothening out income disparities, more wealth got concentrated in the hands of the few.

Even so, making money has suddenly turned out to be a bit more difficult than in the past – at least for the West.

Of the billionaires surveyed in 1995, less than half were still on the list in 2014. As the report puts it, “Factors contributing to their loss of “billionaire” status include death, dilution and business failure and serve as a reminder of the sometimes fleeting nature of wealth.”

Demands for preservation of wealth will become more evident as the world is “about to witness the largest-ever transfer of billionaire wealth. . . . . fewer than 500 people will hand over USD 2.1 trillion to their heirs over the next 20 years. For most Asian economies, where over 85 per cent of billionaires are first generation, this will be the first-ever handover of billionaire wealth,” says the report.

When it comes to preserving wealth, Europe – with its bulwark of culture and family– proved to be better at not losing the money made by previous generations. Even though it was not as good at creating wealth as the US or Asia, its billionaire wealth remained broadly the same (with a small fall of 3%), at US$ 1.3trn. “Europe has the greatest number of multigenerational billionaires, and ranks a close second to the US for total multigenerational billionaire wealth,” points out the report.

The US, on the other hand, saw its billionaire population grow by just five in 2015, to 538. Yet their total wealth fell by 6% – from US$ 2.6 trillion to USD 2.4 trn. True, US billionaires created much of the wealth during the past two decades and accounts for almost half (47%) of billionaire wealth. But the US billionaire economy has lost some of its momentum.

Asia was the star performer creating one new billionaire every three days.  Led by China, “Asian entrepreneurs attained billionaire status during the year, accounting for more than half (54%) of 2015’s global total. Young businesspeople are making money fast in technology, consumer & retail and real estate. The region’s billionaire wealth stood at USD 1.5trn, a slight fall on the previous year due largely to currency depreciation,” says the report.

Will new technologies disrupt traditional ways of making money? Will the number of billionaires decline? Can the world witness better distribution of wealth? These are questions that will continue to be debated.  But India has a choice – to ride with the Asian tide, or wallow in mediaeval concepts, and let the world go by.