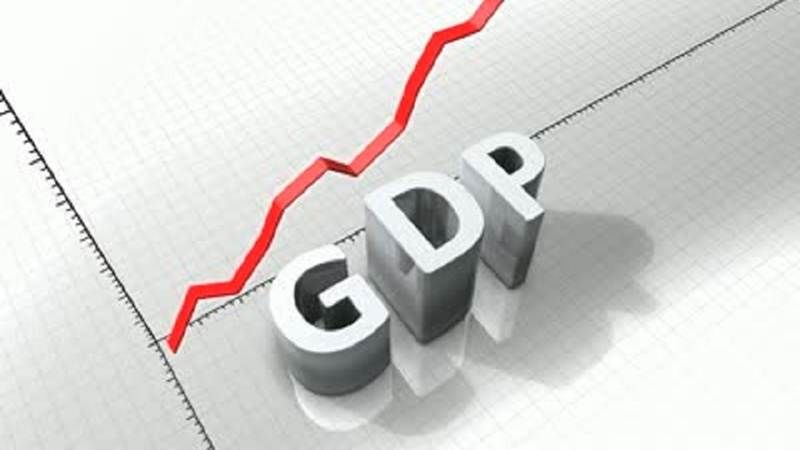 So you thought India’s GDP growth is good!

In the recently tabled Economic Survey 2018, the government noted that “A series of major reforms undertaken over the past year will allow real GDP growth to reach 6.75 percent this fiscal and will rise to 7 to 7.5 percent in 2018-19, thereby re-instating India as the world’s fastest growing major economy.” The Survey – and hence the government – thus tried to portray a rosy picture for the India economy, even though both admitted that there were challenges to overcome.  However, that rosy picture is not shared by India’s corporate sector.  Even a year after demonetisation, and months after the implementation of GST, corporate performance remains muted.  A CARE Ratings (CARE) survey of corporate performance through its research paper published on February 16, 2018, suggests the contrary.

It analysed the performance of the corporate sector for the third quarter of 2017-18.  It looked at  2,885 companies and came up with numbers that should make any economy watcher sit up.  Net sales growth declined from 15% during the corresponding period of the previous year to 8.7% this year. Net profits crashed from 42% to 3% (see table).  If corporate growth has slowed down so dramatically, where did the 6.75% GDP growth come from?

There could be two factors that helped this GDP number look high.  The first could be government spending, which appears to have gone up.  Unfortunately, this spending has ignored education and health – and that could hurt India badly (http://www.asiaconverge.com/2018/02/india-harms-demographic-dividend/).

But the second factor which certainly helped prop up India’s GDP is epayments.  As this author has pointed out earlier (http://www.asiaconverge.com/2017/12/will-india-gdp-start-soaring-because-of-mdr/), the government’s decision to allow an increase in the weighted average of commissions to merchants (known as the merchant discount rate or MDR) from 0.5% to 0.9% could translate into a in GDP of upto 9% (see table).  That too, only on account of MDR. This has become the biggest business opportunity in India which could swell to as much as 18% of India’s current GDP.

Do bear in mind that this GDP contribution has been arrived at after assuming that only 50% of the transactions in India will be through the epayment route.  Should the share of epayments grow, and the share of cash decline, MDR’s contribution to GDP could swell further.  Unless, of course, the government chooses to mute this growth by reducing MDR commissions. But, for the moment, this seems highly unlikely.

Since MDR commissions are part of the services sector, expect this sector to remain buoyant in the coming years.  In a way, this shows up in graphs which continue to show an increasing trend in the growth of the services sector. Growth of this sector is not bad by itself.  After all, this has been the major component that has helped India’s GDP remain buoyant for the past two decades.

This time, however,  growth in the services sector may come without any significant increase in jobs.  This is because resolving epayments is usually a process which is handled by software and computers.  There is very little growth in employment as was with the Information Technology industry.  What is worse, the epayment’s business may actually see the number of jobs shrink.

This could have been neutralized if India had allowed a parallel growth in forensics and cyber security.  However despite this publication crying itself hoarse for over a year, even an epayment regulator has not been appointed (http://www.asiaconverge.com/2017/05/watal-report-forgotten-and-epayment-scams-loom-large/), and the rules for dispute resolution have not been drafted.

Rushing in for epayments without first drafting such rules and appointing an epayments regulator may also result in many more scams (http://www.asiaconverge.com/2017/09/off-the-book-epayments-have-the-potential-of-big-scams/) –  and some of them might make the PNB affair (http://www.asiaconverge.com/2018/02/aadhaar-npci-uidai-pnb-and-corruption/) look rather tame.  After all, even the manner in which the government and its banks have given out loans to exporters without reconciling them both at the bank level and at the central bank’s level leaves a lot to be desired.  Some of them relate to banking regulations – for instance how can an LC (Letter of Credit) for diamond exports have a validity of 365 days? – while some have to do with forensics and account reconciliation.

Thus India has – once again – nudged a sector into the fast lane, without first putting in place either the rules or the policemen to ensure that due processes are followed.  This high growth sector is thus like the wild west (as the recent discoveries about NPCI, UIDAI and Aadhaar have shown (http://www.asiaconverge.com/2018/02/how-aadhaar-and-npci-together-open-the-door-to-major-frauds-and-impersonations/).

If India wants to be serious about epayment, it must put in place the rules and the regulator immediately.  And the next time it talks about GDP growth, it may make sense to discount the epayment bit to fully appreciate how the rest of the economy is growing.

Can the marking system in Indian education lead to an ‘economic...