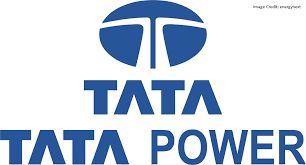 Praveer Sinha, the newly-appointed CEO and MD of Tata Power, India’s largest integrated power company, is embarking on new business models to boost the company’s market share. Sinha, who was CEO and MD of Tata Power Delhi Distribution (Tata Power-DDL) before assuming this position, has been involved in a variety of activities which include setting up of greenfield and brownfield projects. In an interaction with Free Press Journal’s R N Bhaskar and Jescilia Karayamparambil, shares his vision for Tata Power.

Do we see lots of projects coming to you in the present scenario?
There is a huge disruption that is happening in the market and as a company if you are strong and still continue to innovate then you can capture the market. When I say disruption, it is taking place in green energy, with large power plants and large transmission lines too. There will be new models that will come up in distribution.

Based on our understanding about the sector and our exposure globally, we are best positioned to capture the market. We will definitely come up with unique solutions which would be different from those offered by our competitors and that will discriminate us from the rest. That means Tata Power will be poised to do many things that no one has done in the country.

I think micro-grids will play a very important role. We are doing a huge amount of research and development (R&D) in this space. This idea is very close to us and we will be playing a very important role in this not just in Indian context but in sub-Sahara Africa. There are large numbers of people who do not have access to energy. We will be the game-changer in the market as we go forward.

There are some problems with your Mundra plant. When do you think that plant will break-even?
There is an issue about cost of power and it is mainly because coal prices going up. We have tried blending of coal in this plant and we have been quite successful. We tried using imported vs domestic coal in a ratio of 60:40 and out of the 40, 20 as high-calorific value (high CV) coal and 20 low-calorific value (low CV) coal. We are trying to extend this and see if we can do 50:50 and 15-20 per cent of high CV and 30-35 per cent of low CV coal. We are trying out a number of combinations that are possible because all these combinations have to be done keeping in mind the chemistry of the material. We have to be careful that the life of the plant and operationally capability of the plant do not get affected. We have to keep in mind other aspects like the environmental norms of the plant and this should be critically examined. We have seen good results and we intend to expand it further. In two years’ time, we hope to see an optimum mix on a sustained basis.

This plant has a commitment of 80 per cent supply to the five beneficiaries— Maharashtra, Gujarat, Rajasthan, Punjab and Haryana. We will not be diluting from the commitment and whatever we make extra, will help us become sustainable. For perpetuity there cannot be an agreement where one side is bleeding.

TPREL has made losses in some quarters. Why so?
In a consolidated basis, TPREL made very good profit. Power unlike any other business is governed by the weather. The generation and consumption pattern changes in summer and winter. Overall, our renewables business has done very well.

Given today’s scenario, at what rate do you see Tata Power growing?
It is little early to give numbers. But in sense of direction, we would possibly be the largest player in the country in the years to come. We will become the largest player in distribution, and will take up any projects whenever there is an opportunity. We are in the distribution business in three cities—Mumbai, Delhi and Ajmer and in all these places we have different model. In Delhi, we are in a public-private partnership; in Mumbai, we are supplier and in Ajmer, we are a franchisee. Our understanding of all three businesses is very good. I do not think any other company in the country has that bandwidth.

Also, I strongly feel that distribution will open up post the 2019 election and there will be immense opportunities that will come up.

We will play a large role not just in urban India but in rural India as well. We are developing models for rural India in terms of technology and cost effectiveness. We are working on commercial and social areas to create economic activities in these area. So that people can consume electricity and pay for it. We have got a good response but it will take two years before we have a model that we can scale up.

How do you see franchisee model working?
It did well and that is the model we have in Ajmer. But that needs some tweaking so that it can support new business opportunities. There are some restrictions in that model as it tells you to reduce losses but does not give you the space to try new technology like smart meters and automation.

Each city has its own mafia which makes removing all power losses quite difficult. Your views.
It is not so much about mafia as about risk reward business. The question is what will I get if I achieve a higher performance? All good players in the franchise model know what has to be done to reduce losses further, but the model does not provide them the commensurate reward. If the rewards are good, any problem can be solved.

When you won the bid in Mumbai, you went about educating consumers. So I thought Tata Power might try home-consultancy services?
Yes, we are entering that segment in a big way. But we are doing much more than that. We are trying to bring in technology. We are trying to influence consumption pattern based on the tariff that is there.

Which means TOD [time of day tariffs] has to come in?
It has to come. In Delhi, we are already doing it for five years and TOD is a natural thing. TOD is evolving and I think regulators and others will look at it in times to come. It was started first for industrial and commercial houses in Delhi for 100 kv connections. Then it was introduced to 50 kva connections and then to 25. It will come to households as well, especially those that have a high level of consumption. In case of individual consumers, there is a need to have smart metering done and that is the next stage where we play an important role in implementing and operating the smart metering infrastructure. Those are the areas we will be working on.

That means there will be changes in terms of technology and bottomline for Tata Power. How many years would it take for that change?
It would be in two-three years.