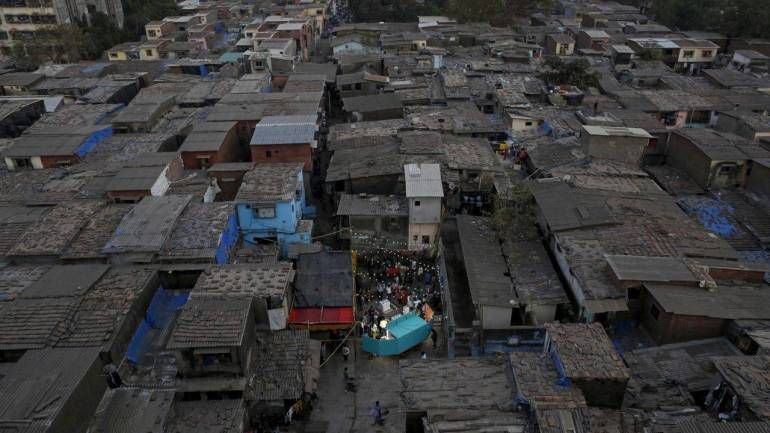 Slums: the destruction of democracy and financial propriety

Slum formation and protection is nothing short of demographic tinkering on the one hand, and buying votes on the other

Last week, in a quiet move, the government of Maharashtra swiftly moved to modify some key rules relating to the acquisition of SRA [slum rehabilitation authority] flats. The government stated that a discount on SRA flats will henceforth be available for ineligible slum-dwellersas well (https://timesofindia.indiatimes.com/city/mumbai/discount-on-sra-flats-for-ineligible-slum-dwellers/articleshow/65737580.cms).

The move was horrifying for three reasons.  First it makes a mockery of SRA flats being only for registered slum-dwellers.  Second, the flats are being built at the expense of tax payers.  So, in effect, the taxpayers are being asked to fund the construction and acquisition of flats even by those who are not registered slum-dwellers.  Third, the flats being built by the SRA are far short in supply to the actual demand.  The country needs over 18.8 million affordable houses (https://www.moneycontrol.com/news/business/between-smiles-and-sorrows-world-bank-forecasts-india-gdp-rise-but-raises-unemployment-concerns-2558785.html). In November, 2017 CIDCO announced the construction of just 14,000 SRA flats in Navi Mumbai (https://housing.com/news/maharashtra-government-considers-increasing-size-sra-flats/). In 2010, there were media reports about 4,702  being built around Mumbai of which 1,063 flats would be given on auction.  The total number of SRA flats built, and the registered numbers on the waiting is not known.  So why include non-registered slum dwellers now?

It is in this context that there is a desperate need to recognize that the entire slum identification and slum creation exercise is nothing short of a mammoth scam.  It borders on the unconstitutional because it has become similar to stuffing bogus ballots into ballot boxes, thus defeating the very concept of democracy.

Take the basics first (see table 1). Watch how the number of reported slums has increased over just a decade – between the period when Census 2001 was published and Census 2011. Something has caused the number of registered slums to increase.

But it has forgotten the fifth, and most important reason – most slums are politically motivated for the creation of vote banks and to frustrate the normal democratic process.

To understand how this works, one has to consider just three tables.

Then take table 3. Even though slum population grew at 22.4%, the number of slum households grew at 37%.  If one considers urban The reason why the number of households grew faster is because almost all slum benefits are given to households and not on a per capita basis.  Thus each household gets say 200 units of subsidised electricity, or a certain amount of water, or even entitlement to an SRA flat. Obviously, what does a slum population do? It asks two siblings to register as two separate households, even though the wall between the houses may be just a fraying tattered cloth curtain. Obviously, the ration officer, the municipal and police authorities are aware of this.  But someone has obviously told them to turn a blind eye to such developments.  That is how the tax payers’ money gets used up rapidly, requiring him to pay even more taxes.

Then take table 4.  Even while the population of slums has been growing, and so have households, the number of children have not been growing at the same pace.  The decadal growth for children was just 14.5%, almost one-third the rate for household growth! It is inconceivable to believe that slum-dwellers have been practicing

family planning – and that too on such a large scale.  The reason is simple.  Many of the slum dwellers illegally settled on government lands are young people who have been instructed to go and squat on land where politicians want the demographic profile of a territory to be changed. Anecdotal evidence suggests that children are sent to their respective village homes.

Thus if a politician finds that he has little chance of being elected from a specific constituency, all he has to do is spend some money to rope in slum lords, who bring in people to squat on government land.  Sometimes, installing a bust of a scheduled tribe/caste leader helps because any move to evacuate such squatters leads to charges of discrimination agains SC/ST (helpless) slum-dwellers.

Had the concern for regularising slums been genuine, slum-dwellers would have been given SRA flats on the outskirts of the city. By giving them flats in the same territory, politicians ensure that they remain voters loyal to their protectors.

What is worse, there are now moves to exempt slum-dwellers from paying property tax as well.  So at a time when the central government talks about widening the tax net, politicians are keen on shrinking the tax base to win the loyalties of the slum voting populations.  The only way to stop this mess is by denying voting rights to anyone who does not have a legal place of residence (https://www.moneycontrol.com/news/india/comment-the-problem-of-citizenship-and-slum-votebanks-and-the-work-permit-solution-2570637.html). Just this move will ensure that political support for slum formation and preservation disappears.

Slum formation and protection is nothing short of demographic tinkering on the one hand, and buying votes on the other.  It is also discriminatory and iniquitous because it imposes additional taxes on a (shrinking) law-abiding, tax-paying population.

And then politicians call this country a democracy and a law abiding one at that!

Interim Budget: Great for elections, but worrisome for the economy

https://www.moneycontrol.com/news/business/budget/opinion-interim-budget-great-for-elections-but-worrisome-for-the-economy-3479481.html Budget 2019 -- Great for elections, bad for the economy RN Bhaskar -- 04 February 2019 The mood in the BJP ranks is upbeat.  The recently...