Home Analysis Why Modi govt’s push for ethanol as cheaper fuel is not good... 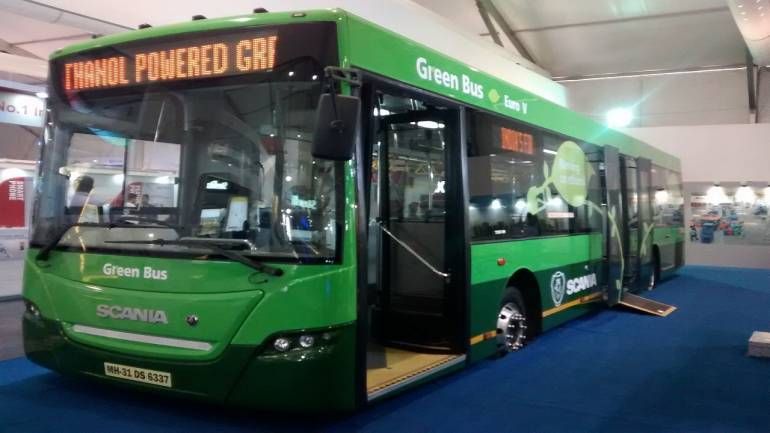 Is the ethanol-for-vehicle-fuel concept a red herring for other interests?

There are five reasons why the push for ethanol is not as good as it sounds.

All of a sudden, a very strong lobby appears to be emerging advocating the use of 20% ethanol in petrol for use by petrol driven cars. The argument favouring the use of ethanol is that it is (a) cheaper than petrol, (b) good for reducing the fuel related import bills, and (c) gives a higher price to sugarcane growers.  In fact, all the three assumption are fallacious as shall be seen a bit later.  Furthermore, there are dangers that trying to push through such a policy might actually hurt automobile manufacturers far more than they would like to state at the moment.  Nobody likes to oppose an idea mooted by a very strong political lobby.

Take the facts first.  The proposal for blending petrol with ethanol (another word for industrial alcohol) gains in decibel volume each time India faces a glut in sugar production.

One of the arguments is that the use of ethanol will allow for excess sugarcane to be used for producing ethanol. This way sugar prices will stabilise.  It does not take into account the years when sugar production is low.

Another argument is that sugar production in India will continue to grow if it can benefit from the sale of ethanol as vehicle fuel.  But should it be allowed to grow? This is because sugarcane is a water intensive crop.  While it is okay for the crop to be grown in UP where

the state gets its waters from perennial rivers, it is not okay for Maharashtra which does not have enough water.  The industry uses up groundwater resources as well, which harms the entire state, not just the sugarcane belt.  As the Indian Sugar Mills Association (ISMA) pointed out in March this year, out of the 2017-18 production estimated at at 29..5 million tonnes, Uttar Pradesh is expected to produce 10.513 million tonnes, Maharashtra 10.13 million tonnes and Karnataka 3.545 million tonnes. The output of sugarcane in Maharashtra must be brought down, which is possible if water consumption is priced. Maharashtra’s politically powerful sugar producers have ensured that the rest of the state does not get the water.  Hence only 20% of the state’s cultivable land is irrigated compared to 67% for neighbouring Madhya Pradesh.  The sugar industry in this state has thus become a parasite which causes farm distress for other farmers.  Diversification into ethanol is therefore risky.  It is okay for countries like Brazil to promote ethanol use as a vehicle fuel.  Itg has lots of land, huge amounts of water (thanks to the Amazon, and a second river flowing underground), and few people.  India has less land, little water and lots of people.  Comparing India and Brazil just does not make sense.

Third, sugar has not always been plentiful in India. .  As the CARE chart shows, there have been years when India has been a net importer of sugar (see table 1).  Building a fuel policy on an uncertain crop is foolhardy.

Fourth, sugar factories haven’t always been fair to the farmers.  They have paid the farmers much later than they should be (see table 2).  With the political and financial support they get from the government, they should be paying farmers upfront, especially since the farmers are bound to a specific sugar factory (each sugar factory is given a command area and the crop produced there must go to the sugar factory alone).  There is thus no free pricing, or free movement of goods for sugarcane growers. In other words, the sugar producers always appear to have the winning hand, not the sugarcane growers.

Finally, there are good reasons to believe that the demand for ethanol is only to enhance the profits sugar barons already make, but off the sugar books (https://www.business-standard.com/article/markets/sugar-mills-divert-ethanol-raw-materials-to-alcohol-makers-115091800007_1.html); even the Government’s Tax & Duty Manual of September 2018 on Alcohol Products Tax and Reliefs Manual — https://www.revenue.ie/en/tax-professionals/tdm/excise/alcohol-products-tax/alcohol-products-tax-and-reliefs-manual.pdf — mentions the need to ensure that diversion of ethanol to alcohol does not take place). Moreover, with the government offer of Rs.43.70 yo Rs. Rs.59.10 per litre of ethanol compared to over Rs.750 a litre in the open markets (Amazon prices) is adequate cause for tempting diversion. Use of ethanol for making liquor pushes up profits by another 10-100 times.

Ethanol is obviously a red herring for other interests and objectives.

How to stop corruption?

The stench of bribery is up in the air once again. This time, it is disclosure that a US company, Louis Berger, paid bribes...
Changes in just two laws can reduce cases of bribery significantly