Home Analysis HCI: Do the stockmarkets care for economic growth? 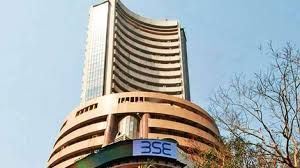 One of the best indicators about the capriciousness of markets can be found in the recently introduced ranking of countries – the Human Capital Index.

Common sense would compel people to believe that stockmarkets chase corporate profits, which in turn depend on economic growth.  So if economic growth stalls, so should markets, right?

But there are indications that this may not be the case. One of the best indicators about the capriciousness of markets can be found in the recently introduced ranking of countries by what is called the Human Capital Index or HCI (http://www.worldbank.org/en/publication/human-capital).  It was introduced on October 11, 2018 by by the World Bank as a better indicator about the future potential of countries which the Human Development Index (HDI) and the Inequality adjusted Human Development Index (IHDI) could not capture. As the World Bank puts it, “[HCI is] a global effort to accelerate more and better investments in people for greater equity and economic growth. Why should countries invest in human capital? Can early health care and education prepare children to succeed and prosper as adults in a rapidly changing world? What are the barriers to nurturing human capital and how can countries overcome them? Find out why the World Bank, countries, and partners are coming together to try to close the massive human capital gap in the world today. “

So, how does India fare on this index.  It has always touted that it has the demographic dividend.  True, it may have the second largest population among the world’s countries, but its HCI score is terrible.

Take the best of the HCI rankers first (see table). These are countries that have actually invested in its people – in the health of their children and in their education. They represent the investment in human capital that will eventually be used to generate wealth and improve lifestyles.

Now take the second table.  Compare India with its neighbours. It is then that one realises how poor the standards of governance have been in India.

It has nothing to do with this government alone.  It is something that has crept across this country over decades, and has become a malaise where children can die, the dead can be forgotten (http://www.moneycontrol.com/news/india/the-story-of-indias-uncertified-deaths-why-the-grim-reaper-cant-link-up-with-aadhaar-2365737.html), and education can be ignored.  Tokenism reigns supreme.  Thus you have the world’s largest health insurance programme being launched without first addressing the shortage of doctors and delicensing the corrupt medical college licence raj system (https://www.moneycontrol.com/news/business/aditya-birla-health-insurance-the-changing-contours-of-medical-insurance-3046721.html).. Sadly, the only country India can benchmark itself against is Pakistan (how ironic indeed!).  All the neighbours have scored better than India.

Now look at the way the stockmarkets have behaved.  One would have thought that a country that does not invest in the future by focussing on human capital would invariably be discounted by the markets.  Not so.  The available data shows that except for Nepal, which has a more speculative stockmarket, India’s markets registered the highest growth in this region.  But Nepal has something to be proud about.  It scores better than India on the HCI front.  India fares poorly on this number, yet has a market that is euphoric. Sounds absurd, isn’t it?

Take one more table which shows why India has a lot more to worry about than its economic planners care to admit. India does not provide GDP (gross domestic product) figures as a time series.  You get an ad hoc pronouncement here and there. any more.  Its Economic Survey prefers to talk about GVA or Gross Value added.

GVA is certainly a good indicator.  It is the value a country brings to anything. But GDP is a global indicator.  Surely, both numbers could have been given.  It could have made comparisons between countries a lot easier.

Second, India does not give per capita income time series numbers, another crucial indicator.  That is why we had to go to the World Bank (http://api.worldbank.org/v2/en/country/IND?downloadformat=csv) to get these numbers. Here they are (see table).

India likes to talk about GDP or GVA.  But GDP or GVA can be a highly misleading number.  As noted economist Kaushik Basu never tires in pointing out, when you have 1.3 billion people, even a small increase in per capita income can cause GDP or GVA to swell much more.  The acid test of measuring the growth in a country is by looking at growth in per capita incomes instead.  Price Purchase Parity (PPP) is another indicator that makes sense.  But GDP or GVA in isolation does not. Per capita earnings represent money that comes to people – not withstanding the tremendous inequality in India, and the embarrassing income disparity.

Watch the table and see how GVA numbers have been tumbling.  Then watch the per capita income numbers.  Watch how the growth on this front has seldom been over 6%.  It is almost half that of GDP or GVA.

This ties in with the HCI rankings as well.  India talks about the big picture, and ignores the small.  It talks about grandiose schemes, but forgets to curb minor corruption that can be nerve racking for the middle class.

It turns a blind eye to the things that hurt small people. Whether it is marriage certificates, or a clearance from the shops and establishments inspector, or even the wink and the customery nod from the Food and Drugs inspector whose palms have been greased.  The stench of corruption is everywhere.

It extends to the issue of death certificates. This author has come across cases where autopsy centres do not release a body till some money is slipped into the palms of a clerk.  Insist on your rights and you are likely to receive a corpse with its cheek slashed or the body disfigured.  Few people have the emotional strength at that time to refuse to cremate the body of a loved one to fight for justice. This is extortion of the worst kind.

The collapse of school education is evidenced by the slipping educational standards (https://www.moneycontrol.com/news/india/comment-the-governments-jobs-problem-is-serious-but-there-are-solutions-at-hand-2567017.html).

The willingness to let merit take a back seat and reserve jobs on the basis of entitlements is also adding to the havoc in the country. The story of medicare is even more disheartening. And the refusal of medical boards to recognise even graduation certificates of students who have passed from the best of medical colleges in the world is testimony to the perversion in the system.

So what are the markets euphoric about?

Is it faith in another miracle to take place (like so many others that have kept the country away from the brink of disaster as in 1990)? Is it faith in the ability of marketmen and policymakers to invent new ways of rigging market prices?

The answers are not clear.  But one thing is certain.  Thirty years later, India cannot boast of being a superpower, even if it has the third largest GDP in the world.  To be a superpower, you need two things to improve first.  Per capital income, and HCI.

Knock! Knock!! Is someone listening?

http://www.firstpost.com/business/maharashtras-agriculture-conundrum-how-sugarcane-politics-roiled-other-nutrition-crops-over-years-3522263.html Its roots lie in exploitation of water and power, primarily by sugarcane RN BhaskarJun, 06 2017 12:13:53 IST Part 1 can be found at http://www.asiaconverge.com/2017/06/maharashtra-farmer-agitation-conceals-65-years-of-politician-self-enrichment/ The...