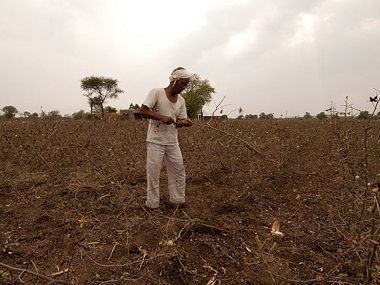 How to protect onion farmers from distress prices

Social media is rife with the story of a farmer who got just Rs 1,064 for 750 kg of onion.  So upset was he with the amount he received, that he is said to have sent the entire proceeds to the prime minister.

The story is about a farmer named Sanjay Sathe, resident of Niphad tehsil in Nashik district, to told PTI on December 2 that he had produced 750 kg of onion in this season but was offered a rate of Re.1 per kg at the Niphad wholesale market last week. Sathe was one of the few “progressive farmers” selected by the Union agriculture ministry for an interaction with then US president Barack Obama when he visited India in 2010.

There are three things to be considered here.

First, is Sathe’s story credible?  According to traders in the market, retail prices of onions currently hover between Rs 30-40 per kg because of tight supplies.  Last week they could have been lower.  But not as low as Re1 per kg.  Some traders allege that it is possible that the farmer could have been trying to sell the previous season’s crop today, and it is also possible that some of the onions might have started rotting…  That could have resulted in a price of Re.1.

But that is merely an allegation.  The fact is that farmers usually get barely 10% of the retail price of an agricultural produce which is outside of the government’s procurement basket of rice and wheat.  So if the prices of onions were Rs.10 a kg, it would not be improbable that the farmer may have been able to get Re.1 per kg.

But why should the farmer get only 10% of the retail price of the crop?

That brings us to factor #2. One reason why the farmers get less is because the wholesale traders have ganged up to become a mafia protected by what is known as the APMC or the Agricultural Produce Market Committee. This is a body which is made up of politically powerful farmers (usually politicians) who usurped the right to become the canalizing agency for all agricultural produce.  The APMC then sells the produce to retail traders, who in turn sell it to smaller traders, who offer the produce to the consumer.  Typically, if you go beyond the limits of Mumbai, you could get vegetables at one-tenth the price consumers pay in Mumbai.  At times of overproduction, you could get the produce for even lower than that level.

Ever since Narendra Modi, as chief minister of Gujarat, began a campaign for abolishing of APMCs and giving the farmers the right to sell agricultural produce directly to consumers, some states have withdrawn the tremendous powers that APMCs once enjoyed (https://dmi.gov.in/Documents/Status_of_De-regulation_of_F_amp_V_.pdf). As the chart alongside will show, many states have apparently defanged APMCs.  But in reality they still wield tremendous clout.

Consider how, in Maharashtra, just a few days ago, the state government was forced to back down from passing a legislation that sought to close down APMCs in the state (http://newsonair.com/Main-News-Details.aspx?id=355994).  The state wanted to de-notify all agri-commodities from the purview of the mandis. The Maharashtra Agricultural Produce Marketing Development and Regulation Act Ordinance had already been passed in the lower house but was withdrawn from the upper house. Reason? The traders had observed a one day-bandh against the government’s decision. The traders and workers at APMC went on indefinite strike against the new APMC law.

That is because most of the trucks that transport vegetables from the mandis to the markets are controlled by the APMCs even today.  They even control the storage places and the warehouses.  They have a stranglehold over the farm sector. Unless the organisation is itself dismantled, farmers will remain at the mercy on these cartellised traders.

It is these traders, backed by very powerful political bodies that account for a bulk of the difference between what the farmer gets and what the consumer pays.

So what options do the farmers have.  And this takes us to factor #3.

The first solution has been in existence for almost 60 years.  It is the one introduced by Verghese Kurien.  He believed that the farmer was the most important player in the agriculture to consumer ecosystem.  Thus, instead of promoting the global norm of one-thrd to the farmer, one-third to the processor-aggregator and one-theird to the trade, Kurien insisted that the farmer gets at least 50% of the market price of the produce.

To ensure that market prices were not allowed to go down, Kurien used NDDB (National Dairy Development Board) , which was allowed to become the canalizing agency for any import of any milk wiether as a commercial purchase or as a gift.  NDDB sold these at market prices, thus ensured that the market price for milk did not ever get hurt.  The few times when farmers suffered grievously was when the central government ignored this rule and allowed for import of milk and milk products.

NDDB then went on to replicate this model for fruits and vegetables under the brand Safal (Sabzi and Phal or fruit and vegetable in many local languages). But it failed because the APMCs protected by state governments did not allow it to procure vegetable and fruit directly from farmers.  It was only when the APMCs had begun being dismantled, that the move to revive Safal has begun.  But government support for it is not as forthcoming as it ought to be.

In fact, a few years ago, NDDB sought to create a similar structure for pulses in Akola.  The plans were being rolled out, when the NDDB chairman resigned.  The reasons are not known.

If Kurien’s model is followed, farmers would not suffer distress prices that they currently face.

There is another way. The government had enacted a brilliant piece of legislation called the Warehousing Development and Regulation Act (WDRA) in 2007 (http://www.asiaconverge.com/2017/08/is-wdra-a-functioning-organisation/). But it was forgotten thereafter.  It got notified only on October 25, 2010. Even this notification could have been because the Supreme Court exerted tremendous pressure on the government to explain why it had allowed grain (especially rice and wheat) to rot in the sun and the rain, merely because there were no warehouses.

The apex court had ordered the government to provide all the grain free of cost to India’s poor rather than allow it to rot.  The government dragged its feet.  Its argument was that sending the grain to public distribution shops (PDS) would be a very expensive affair – costing around Rs.5,000 crore. That justification was obviously specious, because the government could have asked NGOs to pick up the non-warehoused grain free of cost on a as-is-where-is basis.  The costs would have to be borne by the NGO concerned. People consuming the grain is a better proposition compared to letting it get devoured by rats or worms.

It is probable that the government did not want to stop the rotting of grain because it wanted – as is being alleged in several quarters – the evidence of the surplus grain to be destroyed by sun, wind, rain and pests. All indicators point to a devious practice by the Food Corporation of India (FCI) and several State Warehousing Corporations (SWCs) to make money illegally through grain procurement.  The modus operandi appears to be procuring second-rate grain from well-connected farmers at first rate prices.  The best way to erase evidence of the fraud is by allowing the evidence of the crop itself to disappear.

Whatever the reason, the desire to make the WDRA effective does not appear to have been strong.  The organisation exists.  But it has not been promoted strongly enough. This is despite the fact that the WDRA remains one of the most important pieces of legislation in recent times. It could potentially change the way agriculture and the trade surrounding it happens

There are several things the WDRA was meant to do which were missing earlier.

First, instead of the state procuring agricultural produce, the Act allowed for WDRA registered warehouses to step in.  Farmers could walk into any warehouse (every district was expected to have such facilities) where such produce could be stored.

Second, the warehouse would have an assayer who would evaluate the quality of the produce and certify both the quality and the quantity and give the farmer a receipt.

Third this receipt would be recognized as a negotiable instrument, which the farmer could take to the bank and get money for his produce at prevailing spot market prices. Else the farmer could sell the produce directly through the commodity markets at current or future prices. The farmer also had the option of keeping the receipt with himself till he believed he could get better prices.  In that case, the farmer would have to pay for the storage of the produce till the time it got sold.

Thus a small farmer could bypass procurement officials and even traders. He could approach a warehouse with his meagre produce and get a receipt and encash it at his will.  It would create a national market where a trader in, say, Orissa could purchase a few tonnes of onion or rice from a farmer in Maharashtra through the commodity markets and collect the given quantity and quality from the local warehouse.

That would have ensured that the farmer could have got at least 3-4 times the current prices he gets from traders.  It would have been much more than the prime minister’s promise of doubling farm incomes.  It would be higher than the MS Swaminathan formula of giving farmers 50% more than his input costs.

The fact also is that the farmer is paid a pittance (https://www.firstpost.com/business/maharashtra-farmers-agitation-state-worst-performer-in-irrigation-policymakers-deserve-to-be-put-on-trial-5593031.html).  Estimates from Nabard shows how grace the farmer distress can be.

The government’s formula of subsidies and grants is akin to treating a farmer like a beggar who holds out his bowl for charity and alms.  It strips him of dignity, and of the ability to grow big and self-reliant.

The Kurien solution or the WDRA method are better ways to empower the farmer.  But clearly local politicians do not want to lose the moolah – the fat difference between what the farmer gets and what the consumer pays.

The sooner, this parasitical layer is removed, the better will it be for farmers and the the country.

With inputs from Sulekha Nair 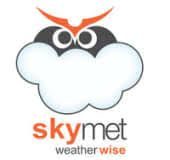