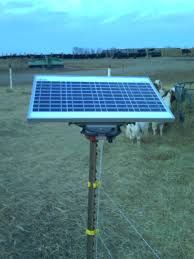 Rooftop solar financing cleared, but where are the policy guidelines?

On 19 February 2019, the Cabinet Committee on Economic Affairs (CCEA) gave its approval for the second phase of grid-connected rooftop solar program with central financial support to the tune of ₹11,814 crore to achieve a cumulative capacity of 40 GW projects by the year 2022 (https://mercomindia.com/financial-support-worth-n118-billion-rooftop-solar/).

But this was just reiterating plans that had been announced earlier. It was reiterating targets which today look unachievable. It may be recalled that the government finally woke up to the need for promoting rooftop solar first in February 2016 and second in 2018 when it began promoting floating solar as well.

Even so, the targets may not be met.  Do note that even though 40 GW of rooftop solar  were supposed to be installed by 2022, India could achieve installation of just 1.538 GW of solar rooftop during the year ended September 30, 2018. If one takes the consolidated installation of rooftop solar capacity (that is t9ill December 2018 2018), it stands at 3.4 GW 2018 (https://economictimes.indiatimes.com/industry/energy/power/solar-rooftop-installation-at-record-1538-mw-in-year-to-september-report/articleshow/67010112.cms)

In fact, even the target of 40 GW was quite low if one takes into account two factors. “

Factor 1. The total target for solar power stands at 100 GW by 2022. Of this 40 GW was to be obtained from rooftop solar, and the remaining 60 GW through large scale solar farms.  Yet by end 2018  “cumulative solar installed capacity totaled just 26 GW at the end of Q3 2018 with large-scale solar projects accounting for 89 percent and rooftop solar making up the remaining 11 percent” says a Mercom India Research (https://mercomindia.com/solar-installations-6-6-gw-first-nine-months-2018/). Factor 2: Even the 100 GW target was woefully short of the India potential for solar power which is estimated at 748.98 GW.

Had the government accelerated its solar programme, it could have saved on fossil fuels, and the inevitable consequence of damage to the environment.  That would have saved Indians from respiratory problems and deaths.  In fact, according to the Economic Survey of India — 2016-17 (pg 126)  “The annual number of deaths linked to coal based power plants pollution is estimated to be around 115,000 and the total monetary cost is around US$ 4.6 billion.”

There is yet another reason for the government going more aggressive on the solar front.  As pointed out in these columns (http://www.moneycontrol.com/news/business/dear-pm-modi-heres-how-bureaucrats-are-planning-to-scuttle-your-rooftop-solar-employment-plans-2468501.html).  Rooftop solar power can be a big employment generator. As shown in these columns, this sector alone can create over 80 million jobs.  Sadly, it is only now that the government has begun to look at this sector.

In Tripura for instance, chief minister Biplab Kumar Deb had to go to the power ministry in Delhi to persuade him to permit his state to set up rooftop solar for 50,000 of the most remote households.  Providing grid-based connections would have rendered the power supply unreliable.  It would also have cost the state Rs.,2-3 lakh per household connection, as against just Rs.50,000 each for solar power.  The latter would be more reliable as well. Other states have been active in setting up rooftop solar too, but the projects are small. A sampling of the projects offered by various parties during December 2018 and January and February 2019 can be found alongside). What is equally depressing about such small projects is that there is no talk of smart micro-grids. That is because policymakers have yet to realise that the real bang for the buck comes when these off-grid connections are linked to micro but smart grids that work in small clusters.

That is why, even the recent announcements by the CCEA are only grid connected solar power units.  They will add to the cost, add to the instability of power supply to rural areas. The first priority should instead be off grid solar installations, which should then be followed up with smart micro-frids.

Winston Churchill is reported to have once said this about Americans: “You can always count on the Americans to do the right thing after they have tried everything else.”  It appears that this could apply to Indian policymakers in the power sector as well.

The author is consulting editor with Moneycontrol.com

We invest heavily in research and development and are knowledge intensive,...