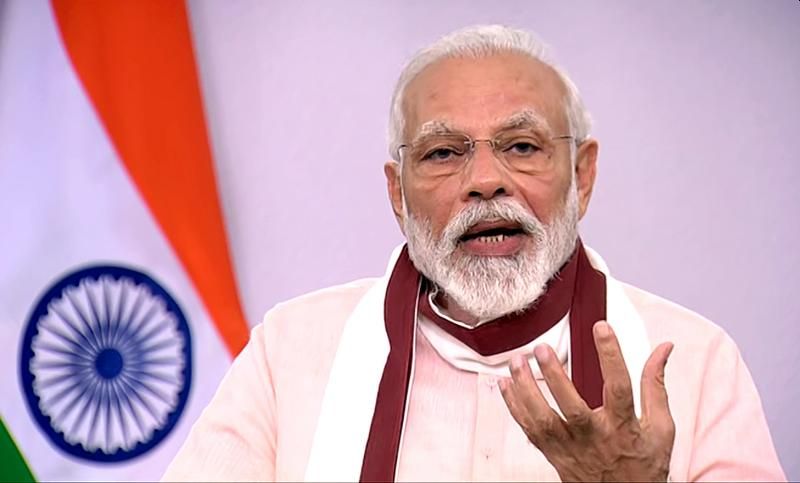 Atma Nirbhar for MSMEs — mixed messaging, little audit, and an encouragement to default on loans

A few days ago, Prime Minister Modi outlined details of a Rs.20 lakh package his government had outlined for reviving the country.  As plans go, they look impressive.  But as one examines the fine print, there is a growing sense of déjà vu. According to the first part of the Atma Nirbhar (self-reliant) document brought out by the government, it has now offered a “Special economic and comprehensive package of Rs20 lakh crores, equivalent to 10% of India’s GDP.”

At 10% of GDP, India stands a little below Germany in the chart alongside. But it is a bit above France.

On paper, India appears to be in excellent company.  It does instil a sense of pride and satisfaction that the government has indeed decided to rank itself among the best in the world.

But there is a catch.  As Kaushik Basu, economist, and former Chief Economic Advisor to the government of India, stated to the media, “If this Rs.20 lakh crore were an additional amount, this should be enough. People who are scraping through the details are saying that this is not additional and that it includes what the RBI has done. If the additional amount is half, then it is not enough. Of immediate concerns should be the hundreds of thousands who are walking hundreds of miles only to go home.”

Conclusion: the 10% of GDP is an illusion.  It includes lots of what the RBI had already introduced earlier.

Second, despite talk about empowering the poor with money, no money has been given to them but for Rs.500 under one of the schemes.  Yes, there is free grain and pulses (to ration card holders) and gas cylinders. But what the desperate millions need — after losing their income sources thanks to the lockdown — is money.

A simple calculation shows that even 50% of the population were go be given Rs.5,000 each (that includes children, old people and everyone else who can be described as poor), the total bill will be Rs.3.75 lakh crore. That is cash given in hand, not a loan that will not get repaid. Such an honest gesture would have been helpful.

Then there is a third problem. Just look at the countries in the first chart and consider how they rank on the ease of doing business compiled by the World Bank. India is a laggard (see chart 2).

.  What India needs is finding ways to do business, honestly and efficiently.  The government has sidestepped this issue entirely.

And it is then that the expenditure programme of the government begins to deepen the furrows on the brow. And you realise the fourth problem.  Money should have been spent to galvanise existing industries so that they become the best in the world.  There is little sign of this impetus in the present package announced.

On the contrary, the government appears to do nothing to officials who retard the growth of business. Take for instance the HCQ (hydroxy chloroquine) tablets that India now looks at with pride.  Do remember, that despite India having export orders, the government banned exports.  India realised only in the first week of April — when the US twisted India’s arms for supply of HCQ tablets — that it could be an exporter of Covid-19 related medicines.

Somebody needs to be sacked for taking away that opportunity from Indian exporters, without first assessing domestic production and demand capabilities.  Yet, nobody has been hauled up.  Obviously, no economic package can work unless people who thwart Indians from doing business properly are first punished. The unwillingness to act against errant officers is legendary.  Remember how the officer who gave a permit to the Wadhawans to travel out of Mumbai despite a pending bail, and even a lockdown in place, remains unpunished.

There is a fifth problem. The government tries to show that it is doing a favour in getting the Income Tax to refund moneys owed to taxpayers.  That is what Atma Nirbhar Part I seeks to do.  The government has decided to refund all pending income tax refunds of up to Rs.5 lakh.  But why were they not refunded till now? Does it need an emergency like Covid-19 to order income tax refunds to be made immediately?

Ditto with the implementation of the “Special Refund and Drawback Disposal Drive” for all pending refund and drawback claims.  The government states that both the measures (IT refunds and Special refund will involve around Rs.18,000 crore.

Then there is the problem of teaching people to become dishonest. For instance, the Rs. 3 lakh crores Collateral-free Automatic Loans for Business, including MSME, is a good idea provided there is some mechanism to ensure that the loans are paid back.  Even in 1982, the loan melas — announced by Indira Gandhi, then prime minister of India —  were collateral-free . Everybody knew that this amount would not get returned.  If you want to give away money, do so directly, as an upfront grant.  Don’t introduce methods that will only lead to theft.  The 1982 loan mela (http://www.asiaconverge.com/2019/08/the-1980s-transformed-india-almost-entirely/) ushered in a banking crisis which has got worse with each passing decade, you now get that queasy feeling that the banking sector could be in big trouble very soon.

It would have been better if the government merely gave MSMEs a support of say 5% of turnover as a non-refundable grant.  The government should not teach anyone to become dishonest. The present provisions allow for money to be taken without collateral, which is an invitation to becoming dishonest.

Then there is the double talk on labour.  The government wants to put money into the hands of employers so that they do not dismiss their workers.  But at the same time, at least three (BJP ruled) states abolish laws which will actually encourage employers to dismiss their workers when they want to. By this double speak on labour, the government is playing good-cop-bad-cop. It confuses both investors and labour unions.  It is duplicitous.  You do not make an Atma Nirbhar India without first putting up a face that can be trusted.

Ideally, the government should have done three things instead.

First, it should have put up an audit mechanism for all pandemic related expenditure – including those from the PM Cares fund (which, unlike the PM National Relief Fund, is outside the purview of the CAG audit). The larger the fund disbursal, the stronger should the audit provisions be.  The absence of such provisions is certainly a cause for worry.

Second, it should have abolished all regulations involved in starting businesses.  And it should have told its courts that all contracts should be strict enforced and dispute resolution should not take more than 3-6 months.  Had it done this, half the problems investors face, especially foreign firms, would have got addressed.  They would be confident of expanding business operations.  More investment money would have poured in. Third, it should have brought in measures to improve enforceability of contracts. India’s ranking on honouring of contracts is dismal (see chart). Without quick dispute resolution, the petitioner is often at the mercy of corrupt and capricious government officials.  This is true of inspectors from the shops and establishment departments (http://www.asiaconverge.com/2016/12/want-to-uproot-corruption/), the FDA, the income tax and almost every other government department. Curb their power to take entrepreneurs to small causes courts for minor issues (often because the laws are outdated, like maintenance of registers or whitewashing the walls). Penalise the officers in case a matter goes to court for such minor aberrations. The threat of penalty is the only way corruption and harassment will go down.  Unless people can start businesses easily, and unless people have confidence in getting disputes resolved quickly and inexpensively, you will not improve the business climate.

Duplicity, dishonesty, and unwillingness to be subjected to audit are not the recommended steps to self-reliance. 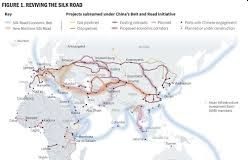 Blending education and the Belt-Road initiative

https://www.freepressjournal.in/business/blending-education-and-the-belt-road-initiative How BRI moves towards skill development and education By Jescilia Karayamparambil and RN Bhaskar December 09, 2019 Mumbai: By the end of August 2019, China has been...