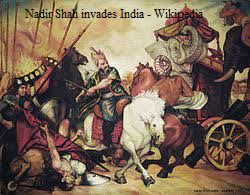 There are many ways to describe the plunderous ways of successive governments in India.

The first is through fiscal transfers of money from wealth generating states to the more populous and fiscally profligate states (http://www.asiaconverge.com/2020/09/india-plundered-again-by-tweaking-rules-against-prosperous-states-and-encouraging-profloigacy-irresponsibility/).  This takes place in two ways.  First, a direct transfer to the states by way of devolution.  The second is by creating special schemes into which the centre pours grants.  These are developments we shall cover here.

There are other ways in which the government turned plunderer.  But these shall be discussed in another article.

The cumulative impact of such irregular and unethical transfers of cash could be almost equal to the not-yet-probed agricultural income scam which is as large as eight times India’s GDP in 2014 (https://www.orfonline.org/wp-content/uploads/2018/11/ORF_Issue_Brief_268_Corruption.pdf).

On the other hand, there were gainers in the game of funds transfers.  The biggest gainers were Bihar, Uttar Pradesh (UP), Rajasthan, West Bengal, and Madhya Pradesh (MP).

When a state cannot generate the funds it requires, and must depend on government doles, it needs to be helped out.  But there ought to be conditions and benchmarks laid down.  If the state fails to improve its per capita GSDP, its funding support should either be cut down, or its territories should be given away temporarily, for management to a state that can ensure a higher GSDP.  A good example is how NOIDA, which does not come under the state administration of UP, even though it is part of that state, is the way state managements can be hauled up, and even compelled to improve the lot of their own people. That hasn’t been done.

That is one reason why it is time that decision making powers – either in terms of share of government revenues, or even in terms of the number of seats a state can have, should depend on the ability of the state to create wealth, and make the per capita GSDP grow.  If that is not done, populous irresponsible states will continue to gain, and become parasites, at the cost of wealth generating and responsible states.

Unfortunately, the central government loves to play patriarch and reward the undeserving – in return for political support – and leaves the best managed states to foot the bill.

The transfer of funds takes place in another way as well.  The central government retains with itself some funds which it grants to select states for specified projects. And these amounts can be quite large (see table).

Thus, while the share of states in central taxes went up by 2.9 times from 2012-13, the discretionary grants available with the central government went up 3.43 times.  By 2019-20, these grants had swelled to around Rs.6.5 lakh crore. It is also worthwhile noting that non-plan grants went up by a whopping 5.14 times.  It would be interesting to know if any government employee saw his income going up three times or more during this period.  Effectively, the government enriched itself, even while its people did not make that much of money.

The government’s willingness to allow states which had not even managed its population growth (explained earlier last week in this series) had one terrible consequence.  While the country’s GDP kept on growing rather impressively, per capital GDP did not. Thus, you have a situation where the country boasts that it had swelled to become the fifth largest economy in the world, and would soon become the third largest economy.  This seems unlikely now, in view of the continued slowdown for over 12 quarters, and the sharp negative growth of the Indian economy in the last quarter, sharpest contractions among all the G-20 countries.  But watch the per capita GDP growth.  India’s ranking is a terrible #145.  Even a small, once considered weak, economy like Bangladesh is now nipping at India’s heels, and could improve its per capital GDP to levels above those of India (see chart).

That would be ironic.  This could mean that within a decade it will be Bangladesh crying hoarse about illegal immigration from India.  Today, it is India that is doing the complaining.

At the end of the day, as economists have constantly pointed out, economic growth must be measured in terms of per capita GDP growth, and not GDP alone.  It is easy to increase GDP if your population is large.  It is easier to grow GDP based on borrowed money and grants.  However, good fiscal management and economic planning ensures that per capita GDP also grows as quickly  Finally, it is only good economic management that ensures that GDP growth takes place without too much of recourse to deficit financing, or through grants which are paid for by law-abiding, wealth generating sections of the population.  .

Successive governments in India have opted for loan-waivers, doles, and grants. That is extremely unfair to wealth generators, and disastrous for the future of India’s survival as a nation.  This is where if the politicians cannot mend their ways, the bureaucrats should slam their feet on the brakes.  Yet, when the bureaucracy turns collusive, one has no option but to depend on the judiciary.  That is supposed to be the last bulwark.  If a nation collapses, the role of the courts in abetting this collapse is will the most unfortunate, even condemnable.

The sheer absurdity, insensitivity, even crassness, of the situation was brilliantly brought out by Praveen Chakravarty in June 2017 (https://www.youtube.com/watch?v=yWy5U2h6TZI&feature=youtu.be).  Chakravarty is a Senior Fellow at IDFC Institute, a Mumbai-based think/do tank. His work focuses on financial sector legislation & political economy. He pointed out how while Tamil Nadu farmers were protesting for a farm loan waiver, which was denied, UP went ahead and announced a waiver of Rs.36,000 crore worth loans for 15 million farmers.  This amount would have been “over and above the Rs 50,000 crore in budget deficit that it already faces”. Clearly, it expected (and got its way) for the Centre to bail it out. The irony was that it was Tamil Nadu (and three other states, Maharashtra, Gujarat, and Karnataka) which has paid for the loan waiver that UP could announce.  Tamil Nadu could not grant the waiver then, because the Centre did not permit it.  But UP did exactly the opposite – with other people’s money – and was not hauled up.

Chakravarty pointed out how for every rupee that a resident of UP contributed to the centre by way of taxes, he got back Rs.200 from the centre (by way of state share and grants).  The average person in Bihar got back Rs.400 for every rupee paid by way of taxes. Clearly, the situation was already becoming unsustainable (https://www.bloombergquint.com/opinion/2017/05/29/the-protesting-tamil-farmer-pays-for-the-up-farmers-loan-waiver).

Chakravarty also pointed out that just four states — Maharashtra, Gujarat, Tamil Nadu, and Karnataka – contribute to as much as 50% of all government revenues and were actually paying the “economic costs of building this nation”.

As a result, states like UP, MP and Bihar have depended more on government doles and grants.  Thus, there is a grant for building Ayodhya, which is a special grant.  Similarly, there are grants for building other cities in UP – Mathura, Prayagraj, Varanasi among others — all which are taken from Central grants.

By giving these grants, the government has created a situation where it is profitable to call yourself poor.  Like a drug addict, these states have become dependent on grants and doles, and have become parasites on the nation, and are being paid for by wealth generating states.  That also explains why these states remain some of the poorest in the country (see chart).

That raises the fundamental question:  If this parasitic approach, of leeching off wealth generating states is not plunder, what else could it be called?

When you look at the amounts involved, year after year, you realise that the government (including some state governments) have become bigger plunderers of the wealth of India than the infamous Nadir Shah or Mahmud Ghazni.

You have demagogues railing against such plunderers in history.  It is time they looked close home, and closer to current times, to discover who the real plunderers are.

http://www.moneycontrol.com/news/india/traffic-violations-misplaced-sentiments-loopholed-policies-and-sticky-fingers-2448969.html Traffic violations and misplaced sentiments Traffic police in Mumbai recently towed away an illegally parked car with a woman inside feeding her baby. Could the...