Home JMulraj Needed: Out of the box thinking 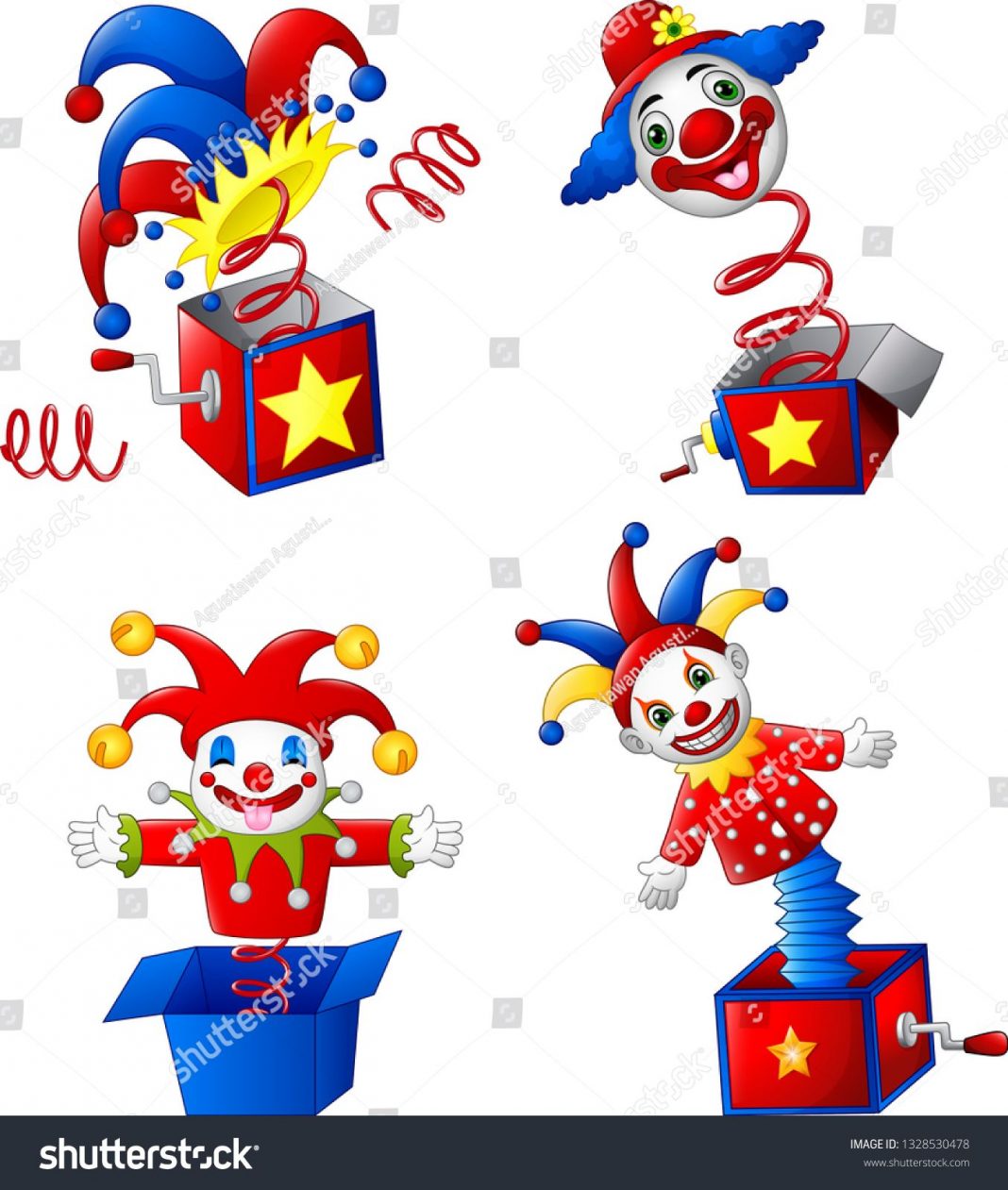 Bureaucrats should have an open mind to new ideas, and Government should encourage it

This Government has developed out of the box ideas to solve problems, the most recent one being the PLI (Production Linked Incentive) scheme, to attract foreign direct investment in electronics, especially mobile phones.  The scheme gives a 4-6% incentive on incremental sales and has succeeded in attracting foreign investment bringing with it, jobs. The production is exported.

There are lots of out-of-the-box ideas which could be considered. Here are a few:

Government debt outstanding: Public debt/GDP ratio has been around 66-68% and is expected to hit 80% in 2020-21. Though lower than countries like China, Japan and USA, it is high. Can we consider financial engineering to bring  this down?

Suppose we take, say the 9.23% bonds, due 2043, with Rs 79,000 crores outstanding. Suppose we have a scheme offering buyers (targetting companies with the highest tax rate of 30% which, with surcharge reaches 33.6%) a weighted deduction for their taxable income, if they buy these bonds in the market and surrender them to the RBI, forgoing all obligations (interest plus repayment) on them.

The weighted deduction would need to  be a multiple of the face value of bonds purchased, such that the tax saving would exceed the net present value of the receipts from the bonds till 2043.

In essence this would be a time arbitrage and a tax arbitrage.

The Government would lose tax revenue now, for the benefit of a future gain by not needing to pay interest on, or repay  the bonds. Its debt would reduce by Rs 79,000 crores. So it is a time arbitrage.

Weaker holders of the bonds (weak banks) would sell their bonds rather than waiting 22 years for maturity. This would  release funds for onlending, and also reduce the need for constant infusion of funds from the budget, to prop up weak banks. This is the tax arbitrage.

Should this work, the reduction in Government debt would help improve India rating, which in turn would help raise international debt funds. China has been successfully able to tap global fixed income markets. India has not.

In contrast, in the same issue, India’s leading power producer, NTPC, raised $ 0.53 b. via a 15 year bond priced at 6.87%. Naturally the cost of power in India (hence manufacturing costs) will be much higher if the cost of capital is so widely different (presuming a Chinese power company also gets similar terms).

So why doesn’t our Ministry of Finance consider out-of-the-box ideas to help improve India’s credit rating and thus enhancing the ability of corporate India to raise larger funds (China Construction Bank raised $ 2.4 b in total, compared to $ 0.53 by NTPC) at significantly lower costs?

The cost of doing this would be a reduction in tax inflow in year one. The benefits would be manifold. Just as in the PLI scheme, where GOI has given a 4-6% incentive in order to secure long term benefits.

Judicial delays: Judicial delays are well known. Everybody and his uncle has come up with suggestions, yet the legislators are loath to tackle the issue. The reason is that  nearly half the MPs have criminal records, a sad comment on the state of our democracy. Now, the law states that as long as they have an appeal pending against their criminal conviction, these MPs are allowed to contest elections and become legislative members. The delay in judicial decisions suits them!

The out-of-the-box idea is – what if this was flipped?

What if MPs become disqualified to contest, after the first conviction by any court, and can only stand for election and be an MP after they have been finally acquitted?

Their obstruction to a speedier judicial system would then turn into a spur!

As MPs would not vote on something that affects them, this can only happen through public demand and pressure on the Government to consider it. Worth an attempt.

Non completion of term of Parliament/Legislative assemblies: We have often witnessed the electoral will of the people being overturned by a sudden switching of sides by the MPs/MLAs, sometimes resulting in  mid term elections. Holding elections is an expensive process, and, with so many other priorities (physical infrastructure, social infrastructure, defence etc) India can scarcely afford frequent ones. How can we avoid them?

An out-of-the-box idea would be that, in the event any legislative body fails to complete its term, the sitting members, who stand for the subsequent election, would have 10% (or 15, or 20) of the votes count in their favour deducted! This makes it harder for them to get re-elected, thus incentivising them to compromise to complete the term of the legislative body!

Again, it would be possible only through a public pressure campaign.

Crowd control: Use of rubber bullets to control crowds created a new set of problems, as in J&K. The Israelis have an out-of-the-box solution we can easily borrow! In order to control crowds, the Israeli army/police used water cannons infused with an ingredient that left an unbearable smell on the clothing/person sprayed with the water. The stench would last for days! Consequently, at the first sign of these, the crowds dispersed. A simple, cost effective solution which does not cause injury. Why not try it?]

There are several other ideas from people, provided the Government and the bureaucracy reveals its willingness to consider them.

In global events, there are plenty of geopolitical hotspots, Ukraine, Taiwan, Iran etc. One hopes that nothing sparks a conflict in any.

The stockmarket is more concerned about the proposed increase in capital gains tax in USA, (up to 43% and higher in California, with state tax added), meant to provide funding for the $ 2 trillion infrastructure spending bill. The bill includes a lot of expenditure not truly ‘infrastructure’ but included in it.

Biden has few options to fund this bill. American physical infrastructure (roads, power grids, bridges, ports) is aging and needs to be revitalised. But Biden is between a rock and a hard place, and his options are boring!

He can’t raise taxes for an economy devastated by Covid. He cannot borrow more, as debt levels, as explained below, are insanely high. So he decided on capital gains, to tax the ‘rich’.

This proposal has led to selling, in an effort to pre-empt the tax (though it could be made effective retrospectively). However, it would do long term damage especially in two areas. First is funding of start ups, which are the innovation engine that keeps the US ahead in the economic race. If a chunk of gains from previous investments is taxed at 43% there is less money in the pool for fresh investment in start ups. This would take away the one edge (US is not left with many) that America has.

The second area is pension funds. Working Americans have trusted them with their savings, in order to have a secure retirement. But pension funds are unable to meet ends meet, thanks to the folly of ZIRP (zero interest rates) and NIRP (negative). The US debt figure of $ 28 trillion does not include unfunded liabilities.

If these are included the debt level rises to a whopping $ 103 trillion (see section Liabilities and Obligations).

What has happened is that post WW II, at Bretton Woods, the world leaders decided to link their currencies to the US $, without backing by gold. It was easier to transport currency, to meet current account deficits, than to ship gold.  The US $ was backed by gold. This worked until Nixon removed the assurance to trade US $ for gold at a fixed price of $ 35/ounce. After that America got the freedom to print its way out of crisis. The huge debt level is a cumulative result of that.

Another folly was that the world undermined free markets by classifying some banks as ‘too big to fail’, bailing them out with freshly minted funds with no backing. A free market allows institutions to fail, thus improving the way they do business, and reducing the chance of future failures. But if they deem themselves too big to fail, they carry on with past errors.

The main reason for the 2008 global financial crisis was the unbridled use of derivatives ( like sub prime loans and CDOs). The banks have not learnt from this folly. As per this article the world sits on a $ 2.3 quadrillion time bomb! (A quadrillion is a 1000 trillion). The article cites the example of Deutsche Bank, which has Euro 37 trillion of derivative exposure, with Euro 62 billion of equity. This means that a loss of 0.2% on its derivative exposure would wipe out the entire capital!

The derivative game being played by global banks is like playing passing the parcel with a nuclear bomb! Unlike Russian roulette it can wipe out not only the holder, but the world!

Before the 2008 ‘too big to fail classification’, followed up by quantitative easing, the share of long term (27 weeks or more) unemployment to total unemployment was under 25% in previous recessions. After 2008 it has gone up to 45%. See the chart in this article.

Despite this, as long as QE $ flow, stock markets have a party and rise.

Tomorrow is another day, right?