Home JMulraj How do you wade through these paradoxes? 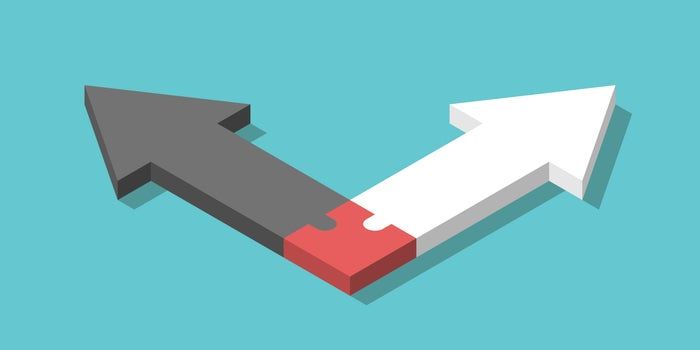 It is the best of times, it is the worst of time….

­­Charles’ Dickens summation, in a Tale of Two Cities, describes the state of the world beautifully:

it was the spring of hope, it was the winter of despair,

We are, today, faced with similar paradoxes.

The new technologies of the 4th Industrial Revolution, which we are on the cusp of, bring with them many promises. And, with them, many threats. Policy makers have to decide how best to resolve the paradoxes, and when to co-operate and when to confront.

Humankind can look forward to leaps in productivity arising from AI, robotics, 3D printing etc., and such increases in productivity will help generate the funds needed to provide a universal basic income (UBI). The technologies will result in loss of traditional jobs, and opening up of new ones, requiring re-skilling to be able to do them, and earning, whilst doing so, a UBI.

Some of the biggest items of cost for people are energy, transportation and healthcare. New technologies are transforming all of these.

Take, for example, Tesla’s plans in energy. It has designed solar roof tiles, which look beautiful, and help capture solar energy, which is then stored in a power wall, built by it, to provide free energy for the home, the car (if electric) and to sell any surplus to the grid. So energy, a cost centre, is transformed into a profit centre!

Similarly for transport. Tesla, and others, are working on a software that allows car owners the option of offering their autonomous (self driving) vehicle for use as a shared service (like Uber) when it is not needed. This would make it possible for a car owner to be dropped off at his place of work, as the car parks itself, and offer it to the shared service on the app as long as he wishes. The car thus becomes a profit centre, instead of a cost centre!   It can even be offered at night! Now electric vehicles have fewer moving parts (one tenth) compared to a ICE, or internal combustion engine vehicle, and thus one tenth the maintenance costs. So using it for even 24 hours a day will not result in higher maintenance costs. In fact some costs, like insurance, may even reduce, as they are considered better drivers than humans.

But it is in healthcare costs that technology is providing some exciting options. In this must watch video, Cathie Woods, of Ark Invest, talks about the release of its data base (free), on protein structures, by Alpha Fold, a part of Deep Mind, which is owned by Alphabet (or Google).

The cost, hitherto, of understanding protein structures was $ 100,000 to $ 1 million per structure. This will drop to pennies, says Cathie Wood. There is data  available for 150-200K protein structures, out of some 170 m. structures! The release of data by Alpha Fold will make drug discovery easier, and cheaper, and it will be possible to also cater to, and find cures for, rarer diseases, even though there are fewer buyes for the cure!

So we hope to bring down costs of energy and transportation, perhaps even turning these into profit centres from cost centres, and to significantly reduce the cost of drug discovery and healthcare!

The cost of housing is the biggest component of cost of living, and this, too, needs to be brought down. Policy makers have to introduce policies which reduce these costs instead, as of now, increasing them. They often have vested interest in increasing real estate costs, having invested in it.

In Ease of Doing Business, India ranked 63rd out of 190 countries evaluated. But in the criteria of ‘Registering Property’ its rank was a miserable 154/190. This is likely because a lot of the ill gotten ‘bribe’ and corruption money is funelled into properties. Last week the authorities discovered some 375 properties belonging to sellers of paan and chaat in Kanpur, who have not filed tax returns or paid taxes on them.

A national register of properties, both urban and rural, should be mandatorily kept on a blockchain, which cannot be tampered with. But the data is kept on paper, and easy to tamper with by creating fake mutation entries, by suitably greased palms. So the paradox that policy makers need to address is this – do they want to help a handful of corrupt people by continuing with policies that inflate costs of housing, or do they want to speed up the process of India becoming a $ 5 trillion economy?

Then, of course, there is the perpetual paradox of the focus on the arms race versus the human race. The USA has spent trillions of dollars pursuing prolonged wars which have achieved nothing. It spent some 20 years and $ 2 trillion in Afghanistan, and has only now withdrawn its troops. Another withdrawal is soon to occur in Iraq, where it has spent $ 1 trillion.

Money that could (and ought to have been) better spent on the human race. Watch this video about how the US Fed has printed more money $ 4.4 trillion in just the past 23 months than in the past over 100 years! The economic wealth has been spent on wars which achieved nothing. Such money printing results in inflation e.g. cost of used cars and trucks in USA are up 29.8% also because computer chips are in short supply (more are produced for electronic devices, for which demand emanated in the lockdowns, than for cars, for which demand dissipated during it).

The MIC (Military Industrial Complex) encourages these wars, and spends more money developing ever more complex weapons of destruction. Rafale and Lockheed are developing a Laser Iron Dome, to defend against incoming missiles. Russia has developed 3 cruise missiles that travel at hypersonic speeds and claim to be unstoppable.

What seems, sadly, unstoppable is this race and the folly of wasted resources.

The US tried co operating with a rising China, and aided in its economic and technological growth. That decade led to rapid economic growth. But China, having achieved economic and military strength, is now following a more assertive, wolf warrior posture, aggravating several countries. Dealing with an aggressive China is yet another paradox.

The future, for global economies and hence stock markets, would depend on how the several paradoxes are resolved. Will it result in the best of times or the worst?