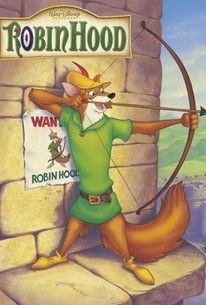 Consequences of decisions taken for self interest, not country’s interest

­­Last week we got news that Vijay Mallya, whom the Government was trying to get extradited to India, would not be brought back, because, although he was losing the extradition battle, he appealed for asylum to get protection in UK, which is likely.

Another defaulter, who has fled overseas, Mehul Choksi, may also be able to escape extradition. The unpaid loans taken from banks have given them adequate resources, to hire the best lawyers to convince the judges/authorities in their favour.

So the banks would have to find ways to recoup their losses. Some 70% of bank deposits lie with public sector banks (PSBs) in which GOI has the majority holding. Banks, both public and private, have hiked charges for transactions, have restricted free ATM withdrawals by customers of their money, and done other things to try and recoup the losses.

In stark contrast to Robin Hood, who stole from the rich and gave to the poor, GOI seems to be doing a Nibor Dooh, the exact opposite, giving bank loans to the rich, then allowing them to flee, and trying to recoup from the poor, through  such charges.

And the banking sector is likely to face another blow because of inane policies of the telecom sector, which owes over Rs 1.3 lac crore to the banking sector. DoT (Department of Telecommunication) has slapped huge dues on telcos, especially Vodafone and Airtel, by tweaking the definition of AGR, or adjusted gross revenue, on which a revenue share is due to GOI, by including in it non telecom related income. Even if some settlement is reached, perhaps by extending the repayment period, ultimately, the amount paid to DoT would be recovered from individual customers. Nibor Dooh, again!

Not the best examples of good governance.

Consider the way a Government controls its financial system.  In this video, worth watching, Andreas Antonopoulos, a British-Greek bitcoin expert who had been invited in 2014 by the Canadian senate which wished to understand it, says that bitcoin will bring financial services to the unbanked. Around 4 b. people are denied financial services, access to which is controlled by requirements such as KYC (know your customer), AML (anti money laundering) and CTF (control of terrorist financing), as also by the unviablity of setting up a brick and mortar bank in small villages.

Bitcoin, which is a distributed ledger not controlled by a single entity, provides those with a smart phone and internet access, the ability to transact without any intervention, thus bringing them into the financial system. It is a disintermediation of financial services.

Critics of crypto currencies create an alarm over its use by terrorist/drug trafficers (but hey, the KYC, AML and CTF have not succeeded either, have they? All of them use fiat currencies, don’t they?) to stall crypto currencies from disrupting the financial service sector.

In truth, they are loath to give up their power over it.

The GOI has flip flopped over whether or not to allow crypto currencies, first asking banks to disallow it, then, after that was successfully challenged, stating that it would come out with regulations and a framework to introduce it, which is long awaited.

Is that not a Nibor Dooh approach? The rural population of India is 65%, which means that most of them, living in smaller villages, thought unviable for a brick and mortar bank branch, would be denied banking services. These are, however, available to people who misuse it. Banks have demonstrated either a directed lending system (lending under telephonic instructions by a policy maker, to a crony capitalist), or poor appraisal and recovery skills. The non performing asset levels are high, and out of control. The effort to salvage this, through a Bankruptcy code, has been gamed by the defaulters and resulted in large haircuts and unnecessary delays in deals.

All this, whilst a majority of the people are denied these services because of waffling, for years, over whether or not to allow crypto currencies. Unlike the Canadian senate, our Parliamentarians are too snooty to seek help to understand a subject which they don’t, from an expert in the field. Australia, too, called in an expert.

But GOI has done nothing to prevent scams, such as the various ponzi schemes, or the loot of co operative banks like PMC, or to bring the perpetrators of the scams to justice. They don’t care for the victims.

But enlightened  Governments, banks and institutions  do understand, and do care. See this video. In USA, Vast Bank, an FDIC insured bank, has, recently offered bitcoin trading and custody services to its customers. (Remember, India tried to ban its banks).  In Japan, the SBI group (Strategic Business Innovation group, not to be mixed up with India’s State Bank) is set to launch Japan’s first crypto fund.  SBI Group was started by Softbank. In Russia, Sberbank is set to get into offering crypto services.

But India is still thinking about it. Perhaps it should declare a timeline for its thoughts.

Digital currencies and decentralised finance would be the future of banking but, if policy makers are not up to speed on it, India will lag behind. That would be the cost to the country of a Nibor Dooh policy path.

India’s GDP in Q1 was up 20.1% over the corresponding quarter of the previous year. This is impressive, but has to be viewed in perspective of a 24% fall in Q1 last year versus the previous year. So 100 went to 76, and has risen to 91. Thanks to Covid and the lockdowns, we lost 37 % compared to 2 years ago. We must pray that we will be spared of a third wave, which would impact GDP again.

Also in our prayers should be that there would be no flare up in conflict between Iran, and its proxies, and Israel, which could easily escalate and draw others in. A recent rocket fired from Syria breached Israels defence system and landed alarmingly close to Israels nuclear reactor in Tel Aviv. How much a meek Biden, damaged by a poorly executed Afghanistan exit, would be able to assert American will over an escalating situation in the Middle East, is unknown.

Then there are concerns over Evergrande, China’s largest real estate developer, going into bankruptcy. That would be China’s Lehman Brother moment. (Lehman triggered the 2008 global financial crisis). Read what George Soros has to say on the risks of an Evergrande collapse. (funny how names starting with Ever cause problems, after Ever Given, the container ship that blocked the Suez Canal).

And also, whilst praying, pray that GOI gives up its Nibor Dooh approach and starts working for the people, with sensible policies that would aid, not hinder, economic growth.