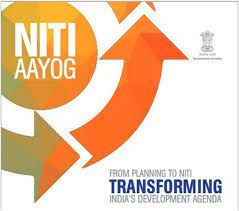 The hype around India’s economic growth

When elections are round the corner, as they are in India, the tendency on the part of governments — and those who wish to seek favours – is to engage in a bit of chest thumping.  The hope is that the crowds will begin to applaud the government’s achievements and economic growth.  And the cheerleaders would, expectedly, hope to get their due rewards. 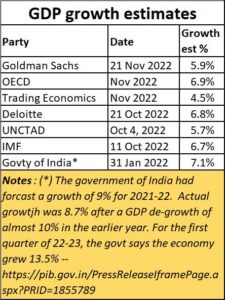 Nowhere is this more evident than in the divergent figures put out by various agencies about India’s GDP growth.  Here is just a sampling. Obviously enough, the government’s own forecasts – on 31 August 2022 — are the most favourable (https://pib.gov.in/PressReleaseIframePage.aspx?PRID=1855789).

And as might be expected, writers of articles for foreign media join in as well.  Consider the article in Financial Times (https://www.ft.com/content/489cc92c-c950-47de-ad5f-586b9da33b70)  by Chetan Arya of Morgan Stanley. Watch the chart which shows the expected GDP growth rates for India.  The line takes a steep upward climb.  Now compare that with the downscaling of GDP growth numbers for the past five years (https://asiaconverge.com/2022/11/gst-growth-does-not-mean-that-the-economy-is-growing/), and watch how growth rates have either declined or have been subdued.  The hype is great.

Unfortunately, without quality education and healthcare India’s fortunes are not likely to see any significant improvement.  And unless foreign direct investment (FDI) and domestic investment pours in, the unemployment picture – the worst in the neighbourhood – is 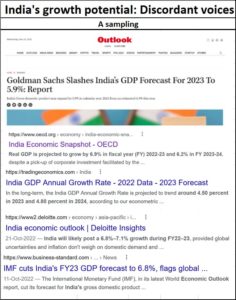 On the contrary, the government’s moves (through SEBI, India’s market regulator) to compel foreign investors to reveal the sources of investment (https://economictimes.indiatimes.com/markets/stocks/news/sebi-asks-funds-to-reveal-names-origin-of-investors/articleshow/95647386.cms) could backfire.  It is foreign and domestic funds that are keeping the stockmarkets high.  Turning off the spigot, or reducing the flow of funds, could cause the markets to slump. Such contradictory moves do not make an economy buoyant. 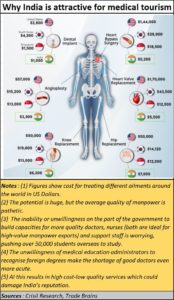 medical tourism accounts for approximately 6.5% of the global medical tourism. Yet another website (https://www.clinicspots.com/blog/medical-tourism-in-india-statistics-2022) says that low-cost treatments available in India made it rank #7 amongst the 20 wellness tourism markets — with over 560 lacs trips made to India for medical value tourism generating $16.3 billion in revenue. It also ranks at number 3 in wellness-focused countries in the Asia Pacific.

That is music to the ears.  Except that the quality of medical practitioners – on an average – has been deteriorating in India, year after year.  Medical students do not know the right processes and protocols.  They haven’t been taught those properly. The best honorary doctors were shunted out from medical colleges (they are now being wooed back, but selectively). And the fees students must pay in India are so high, that they cause the cost of private medicare to swell, making them terrible in terms of value for money.

The state of non-private medicare is even more pathetic (https://asiaconverge.com/2020/03/let-insurance-take-charge-of-medicare/).  Without good medical colleges imparting quality education, without measurement of the quality of students that come out from these institutions, this sector is just waiting to explode with bad news.  The unwillingness of the medical education administrators to allow students who have graduated from overseas, only muddies the waters further.  Yes, there are qualifying examinations.  But they are examinations that few of the domestically educated students would be able to successfully navigate.  The entire sector stinks.

The problem is that the government has let the country’s demography down quite badly(https://asiaconverge.com/2022/10/india-contaminates-its-demography/).  And yet, despite the need to rejuvenate its working class, first with numbers and then also with 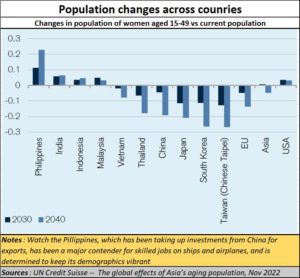 quality education and healthcare, one finds organisations like the VHP asking for curbs on birth rates.  Don’t they realise that with a lowered birth rate, and an increased life span – thanks to modern sciences – and a shrinking working age population — India will be sitting on unpaid bills for medicare and other benefits?  You need a young population to finance these costs, especially given the government’s voracious appetite for taxpayers’ money (https://asiaconverge.com/2022/11/gst-growth-does-not-mean-that-the-economy-is-growing/).

And yet you find a paper (EAC-PM Working Paper Series — EAC-PM/WP/06/2022 – Why India does poorly on Global Perception Indices) by Sanjeev Sanyal (member of the Economic Advisory Council to the Prime Minister of India) and Aakanksha Arora (Indian Economics Service Officer – Deputy Director, Ministry of Finance)  decrying global indices on the grounds that they are based on perception, not facts (https://twitter.com/sanjeevsanyal/status/1595030712796983296?s=20&t=G1hWuGWc7tN2_GvYf3MMlw).  The authors believe that such indices which are used by WGI, like Freedom in the World Index, Economist Intelligence Unit (EIU) Democracy Index and V-DEM indices, are almost entirely perception-based.

But then facts are what is being denied to the Indian population.  The statistical compendium appended to the Economic Survey went missing last year.  Replies to Lok Sabha and Rajya Sabha queries cannot be found easily, even when you have a copy of the reply with you.  For instance, it is difficult to find a time series of India’s GDP for the past ten years.  And that is one of the most basic indicators of economic growth.

This is what senior journalist, TN Ninan is anguished about (https://www.rediff.com/news/column/t-n-ninan-why-should-data-not-go-private/20221121.htm). If hard data is available, you will have fewer remarks based on perceptions.  Data on education (https://asiaconverge.com/2020/08/the-national-education-policy-has-little-vision-less-strategy/) and health come to us largely through private sources, not the government.  Ditto with information on the Indian economy.

For an economy to grow healthily, you need investments in education and health.  You need FDI and domestic investment for increasing the gross fixed asset formation (GFCF) for creating jobs.  And you need information on what can be improved and what is not being improved in addition to achievements that are being constantly touted.

Without all the above components, the euphoria might be short lived.  That, again, could explain Ninan’s belief that the short term looks bright, but not the long-term (https://www.business-standard.com/article/opinion/why-optimism-on-india-s-present-does-not-extend-much-beyond-visible-horizon-122111801021_1.html).