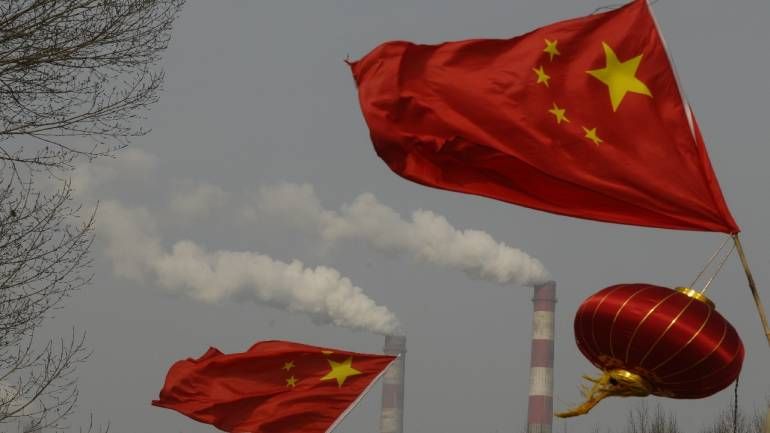 Water Series 2: Lessons to learn from China on water management

(Other articles in this series are given below)

The origins of this article lie in what this author wrote in the first quarter of 2009 (https://www.livemint.com/Companies/wDLWbd3OWUGppEzYYC0yYO/The-Capitalist–With-increasing-water-needs-will-China-deh.html).  India was awash with reports that China would dry up the Brahmaputra in its quest for water.

To understand the situation, one needs to look at the table below. It shows how China, despite its huge land mass, is plagued with paucity of water. India has almost four times more water (if one looks at surface area covered with water) than China. In fact, except for Russia which has almost 13 % of its even more extensive land mass, India has one of the largest reserves of fresh water.

It is this shortage of water availability that compelled China to do many things that India did not even bother about.  True, it might have looked covetously at the water that was flowing through the Brahmaputra.  After all, almost two-thirds of the river flows through China and the remaining one-third through India and Bangladesh. And, yes, the Brahmaputra is one of the largest rivers in Asia.

But China’s interest in the Brahmaputra waned once detailed hydrological studies conducted by the two countries around 2004 showed that the two-thirds of the river (known as Ya’arlung in China) produced only 20% of the water. Almost 60% came from Arunachal Pradesh, and the remaining 20% from the rest of India and Bangladesh. That could have been one reason for China insisting that Arunachal Pradesh belonged to it, countered by vociferous denials from India.

But that crisis also appears to have eased with China discovering by 2010 that it had managed to bring down the cost of solar panels, and that the cost of batteries too had plummeted (https://www.moneycontrol.com/news/india/opinion-govt-missing-the-big-picture-in-its-electric-vehicle-policy-3332341.html).  Desalination of water along the eastern coast was a very sensible idea instead of stoking tensions along the India-China border.  It would assuage the water needs of the most congested parts of industrialising China, and would slake the thirst of industry and business.

Moreover, planners in China had begun to realise that India and China would together account for the world’s biggest markets.  Both would need each other.  They hence had to work together. Could there be a way beyond waging a war for water?

Yet there is no denying that China’s need for water were growing by the day. As the first part of this series showed, as a country industrialises, it is compelled to give more water to its industry, and must therefore work out ways to ensure that agriculture uses less water yet produces more (https://www.moneycontrol.com/news/india/india-could-face-a-crippling-water-crisis-in-a-decade-3996961.htmlhttps://www.moneycontrol.com/news/india/india-could-face-a-crippling-water-crisis-in-a-decade-3996961.html).  China had to do that.

That was the thrust of the article in 2009, referred to above, and which has been reiterated in various forms since then.  China had no option but to look to Russia for water supplies as well, much in the same way as it had built a pipeline from Russia to China for oil and gas supplies.  Russia was the world’s largest resource for fresh water (even without including the melting Arctic glaciers).

But the idea appeared preposterous to many at that point of time.  When this author presented this theory to the students and faculty at the University of Sichuan in Chengdu, China, they too politely dismissed the idea as “too expensive”. They too forgot that the cost of not having water could be several times more expensive.

Finally, in 2015 China formally signed the building of a canal from one of the world’s largest lakes in Russia to middle China (https://en.wikipedia.org/wiki/Eastern_Siberia%E2%80%93Pacific_Ocean_oil_pipeline). This canal which eventually will span over 2,000 km will be one of the longest water canals in the world (https://www.reuters.com/article/us-china-silkroad-russia-pipelines-idUSKBN18819I). Planners in Lanzhou (central China) drew up proposals to pipe and to canalise water into the chronically dry region of Central China from Siberia’s Lake Baikal. A video on this subject is fascinating (China Century Project South–North Water Transfer Project HD 2400KM   https://www.youtube.com/watch?v=7s5UungzXhw).

Since it will provide water to middle China, it will probably irrigate and industrialise even regions of China that were never harnessed for wealth generation (https://www.theguardian.com/world/2017/mar/07/parched-chinese-city-plans-to-pump-water-from-russian-lake-via-1000km-pipeline).  Expect the additional water alone to trigger growth rates in China that many have not considered till now.  This was also the thrust of a paper that this author presented before the Institute of China Studies in Delhi (https://www.icsin.org/activity/show/china-and-its-quest-for-water) earlier this month. But during the earlier 20 years, China had already reorganised itself to ensure that it used less water, without losing out on agricultural productivity.  This is the second lesson India must learn.  It has been blessed with so much of water that it has forgotten to teach its farmers how to use water carefully.  It has not penalised its administrators for allowing rivers and ponds to get polluted, and it has chosen not to penalise industrialists and businesses that pollute both the rivers and ponds on the one hand, and ground water on the other.

Look at the chart alongside.  It almost rubbishes India’s constant defence that fragmentation of land is what plagued India’s agriculture.  China’s land-holdings are even more fragmented than those of India.  And watch its agricultural productivity — with considerably less water than India has. In terms of value of farm output, China beats India. Its values are at least six times larger than those for India (1 Yuan is around Rs.10.5).

China has managed to do wonders on the agricultural front.  First, it has taught its farmers how to grow more using less water.  This means putting into place systems to measure the amount of water consumed, and to impose fines and charges for any excessive water drawn.

Second it chose to draw up a list of items that were water guzzlers and then draw up measures to reduce the domestic production of such items (the forthcoming article on water footprint and virtual water will deal with this aspect).

Third, it recycled its water and is today one of the most efficient at this job among countries in the world.

Fourth, China created policies that prevented water wars.  India’s water-war-fears s with China have thus faded.  But its water wars within the country are major flashpoints.  Water disputes over Punjab’s rivers and the Krishna dispute are well known.  More disputes will emerge. India reacts too late.  It does not plan for water usage norms that are applicable across the country.

Lastly, China penalises industry severely if they pollute water, or even use excessive water.  Cities are designed to use only recycled water for flushing and washing.  Policies are being crafted to even channelise human and agricultural waste to central pits for harnessing their methane, their water and the residual sludge for manure (more on this later).

China does hold out many lessons for India.  But the one on water is what India must learn urgently.  The looming crisis caused by climate change on the one hand, and depleting ground water reserves on the other spell big trouble.  India’s policy-makers need to sit up and take note.